It’s not every day a litter of kittens this cute shows up on your doorstep, and it’s an encounter one Calgary woman won’t soon forget. Haysboro neighbours believe the bobcat family is living in the southwest community 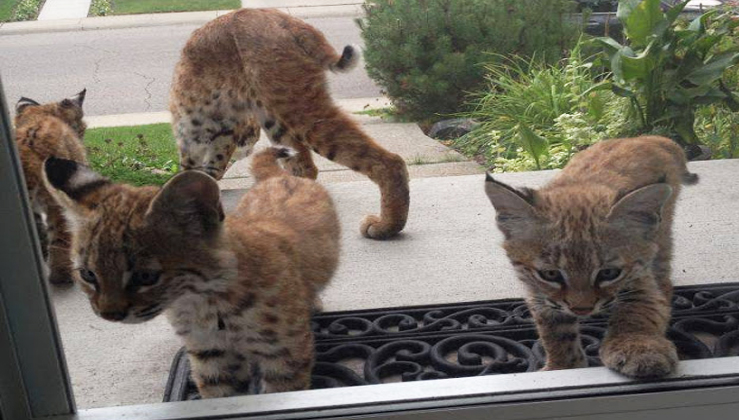 Kathy Reiffenstein got a bit of a shock last Friday when she found a mama bobcat and her kittens checking out the front step of her home on Havenhurst Crescent Southwest. “I just happened to be opening the front door to clean the glass and they were jumping up onto the step,” she told the Calgary Sun. “I saw mom and one kitten right away, then maybe 30 seconds later the other kittens jumped up 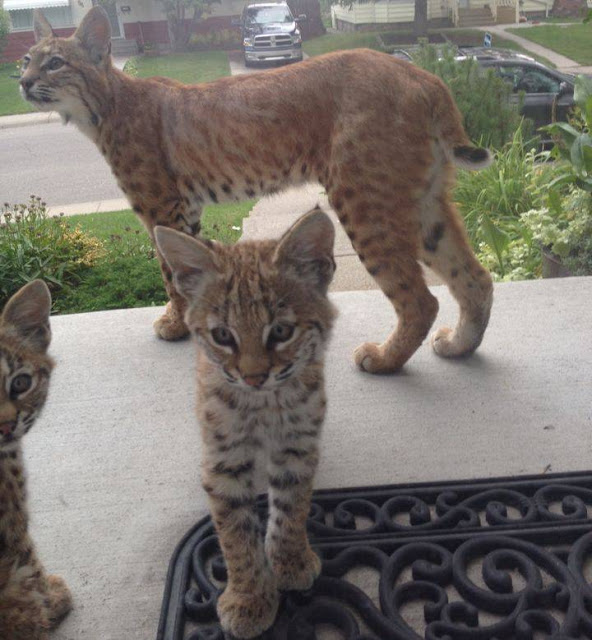 The cats hung around long enough for Reiffenstein to snap a few photos, before they took off down the street. “I have never seen a wildcat before,” she told CBC News. “I assumed they were elusive. I was shocked to see them in the city.” 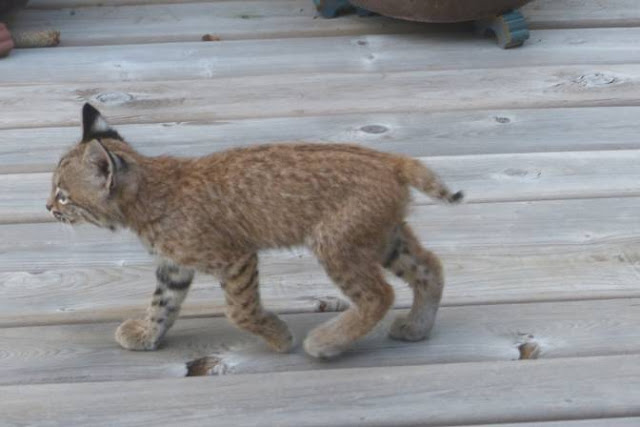 Concerns raised for small pets. Reiffenstein says she has spoken to Calgary police about it. Some of her neighbours have raised concerns about safety of their pets and children, saying the cats are getting more curious and aggressive. Reiffenstein says the bobcats were really interested in her cat, which was luckily safely inside during their visit. The community is located between two large wildlife areas in Calgary: Fish Creek Provincial Park and the Weaselhead/Glenmore Park. Alberta Fish and Wildlife have not removed the animals in the past, as they do not pose safety concerns. “We haven’t had any reports of a bobcat going after someone or being aggressive,” said spokesperson Brendan Cox. “It is rare for them to attack pets unless chased or threatened, but it is prudent to take precautions. 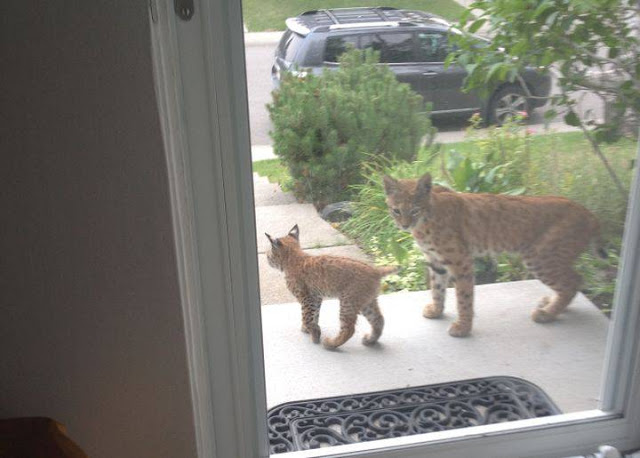 There have been several bobcat sightings in and around the city this summer. The wild felines have been spotted scoping out people’s backyards on more than one occasion. Alberta Fish and Wildlife do not remove bobcats as they are not considered a safety concern. However, some Calgary residents believe the animals might be responsible for some of the recent domestic cat deaths reported around the city. Fish and Wildlife spokesman Brendan Cox told Global News that there have been no reports of the bobcats “going after someone or being aggressive