When one little baby polar bear realized that there was a particularly large present inside one of her tubs, she knew she was going to have to do whatever it took in order to get what she wanted 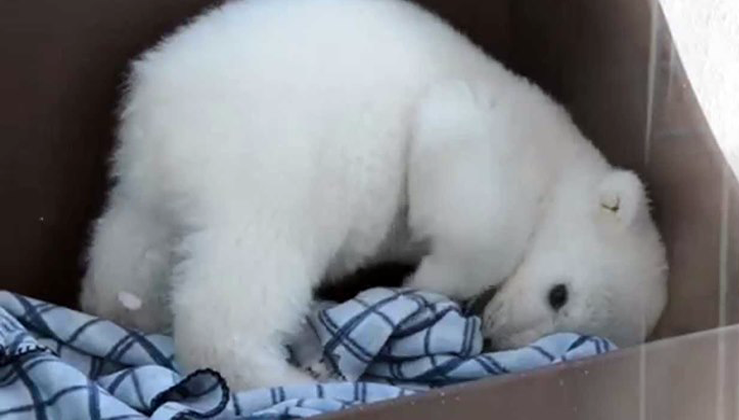 This little baby bear is used to playing around in the snow and ice, but when summer comes rolling around, even in Alaska the snow can end up melting! Thankfully, this little bear is given a nice chunk of ice to play with during those particularly hot days. As the Alaska Zoo continues its complete renovation project of the Polar Bear exhibit, all the bears can do is wait for their bigger, better, and cooler homes 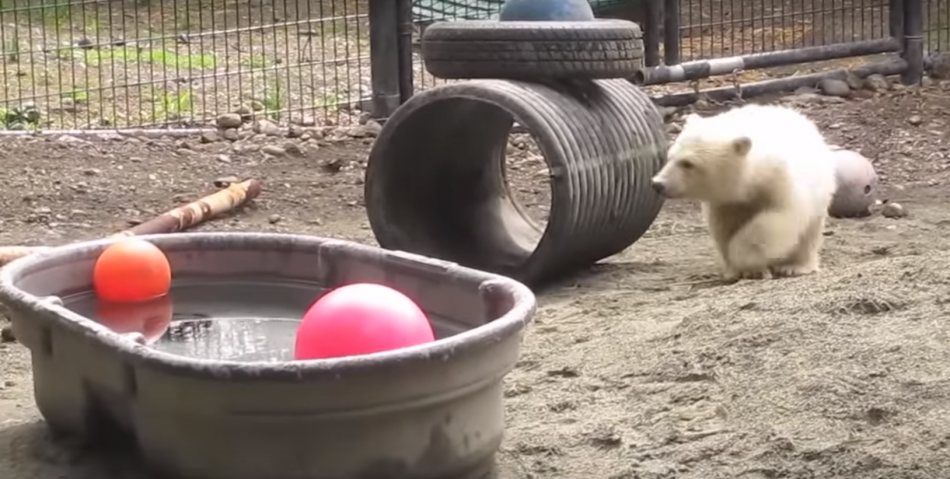 While this bear is certainly adorable, it’s heartbreaking to note that she was orphaned when she was separated from her mother for a variety of reasons. She could have been killed by hunters, or separated from a storm, or anything, regardless of the reasons, this baby bear would have surely died in the wild. But thankfully, the amazing team of people at the Alaska Zoo are doing all they can to help spread awareness of these beautiful animals to adults and children all over the world 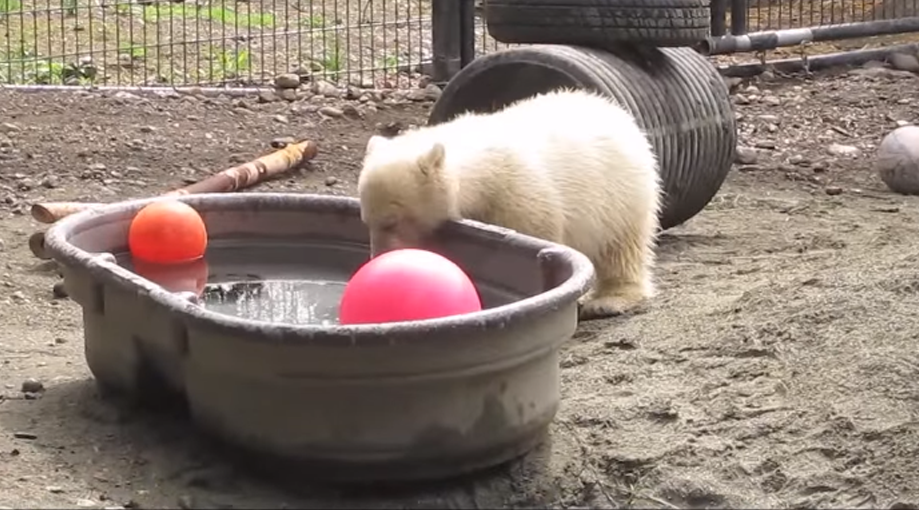 The Alaska Zoo helps rehabilitate these amazing rescue animals to go back into the wild. But if the animals aren’t able to return to their natural habitat, the zoo finds other zoos and foundations which relocate the bears to a safe space filled with love and the proper people who know how to handle such a big animal! While this section of the baby polar bear’s enclosure doesn’t have a snow machine like many of us would like to see, it should be mentioned that any snow would ultimately melt even though it’s in Alaska! So even though she doesn’t have snow to roll around in at the moment, this little bear is given a constant supply of ice to play with as the zookeepers make sure she’s properly socialized, fed, and taken care of 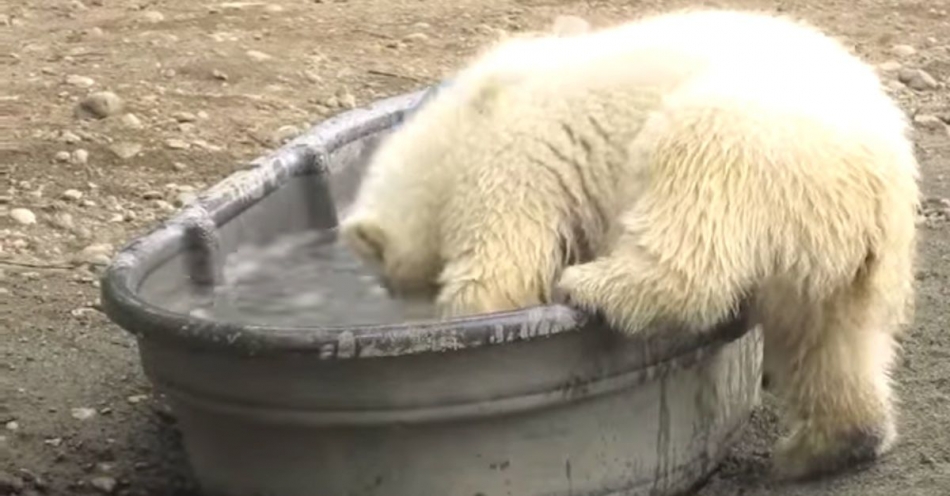 She’s surrounded by toys to keep her mind sharp, and she has a pleasantly cold place to sleep inside if she really feels overheated. With so many of these animals suffering in the wild from hunting or lack of food, it’s amazing to know that this zoo is doing everything in its power to give a second chance to some animals in need! Special thanks to John Gomes for filming this amazing moment, and the Alaska Zoo for taking such good care of these precious animals. You can watch video below.