An image shared on social media of a creative sculpture on a beach in India, with a sign saying ‘Goby loves plastic, please feed him!’, has now been replicated in Bali. 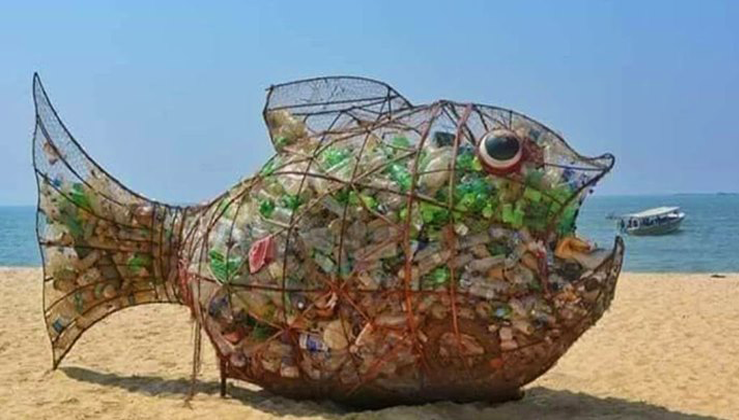 There are stories floating around the internet about a fish named ‘Goby’ who loves to eat plastic trash. Many of these articles, however, are unwittingly mixing up two different fish. BrightVibes exclusively brings you both stories in one article in the hope that seeing the idea—already replicated once—will inspire others to create similar projects on beaches everywhere. ‘Fish That Swallowed Plastic Bottles’ Attracts Crowd At Malpe Beach, India It began with “Yoshi the Fish” (pictured) on Malpe Beach, Mangaluru, India. The sculpture was spotted on social media by management of a holiday resort in Bali, who thought it an excellent idea, and they replicated it on their site with a fish named “Goby”. See below. Source: Mangalorean.com 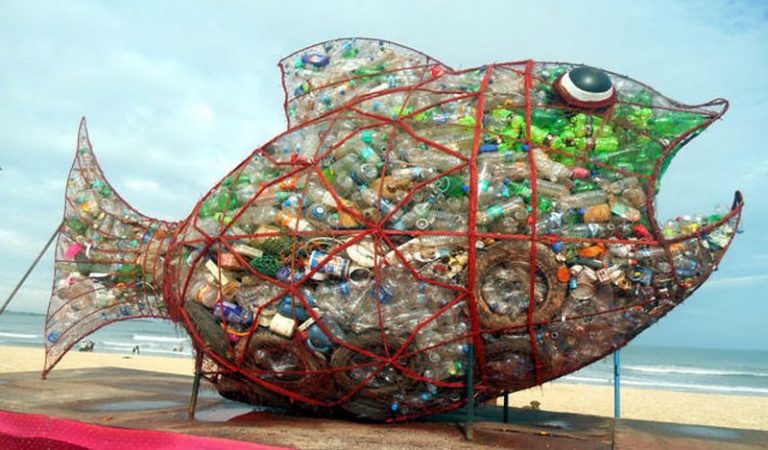 The caption might take you by surprise since it is not a real fish that has swallowed all that plastic, but a creative sculpture on Malpe Beach, near Udupi on the Arabian Sea in Karnataka, to raise awareness about the damage done by plastic materials to marine life. This unique concept, named “Yoshi the Fish”, has been created by artist and sculptor Janardhan Havanje. Made of iron rods, it cost him nearly Rs 45,000 (£495/$646/€572), to make this 10ft/3m by 8ft/2.44m sculpture-which is filled with plastic waste collected on the beach during the campaign. More than 600 students from various colleges around Udupi participated in the cleanliness drive as part of World Environment Day, which had a theme “Beat Plastic Pollution”. Source: Mangalorean.com 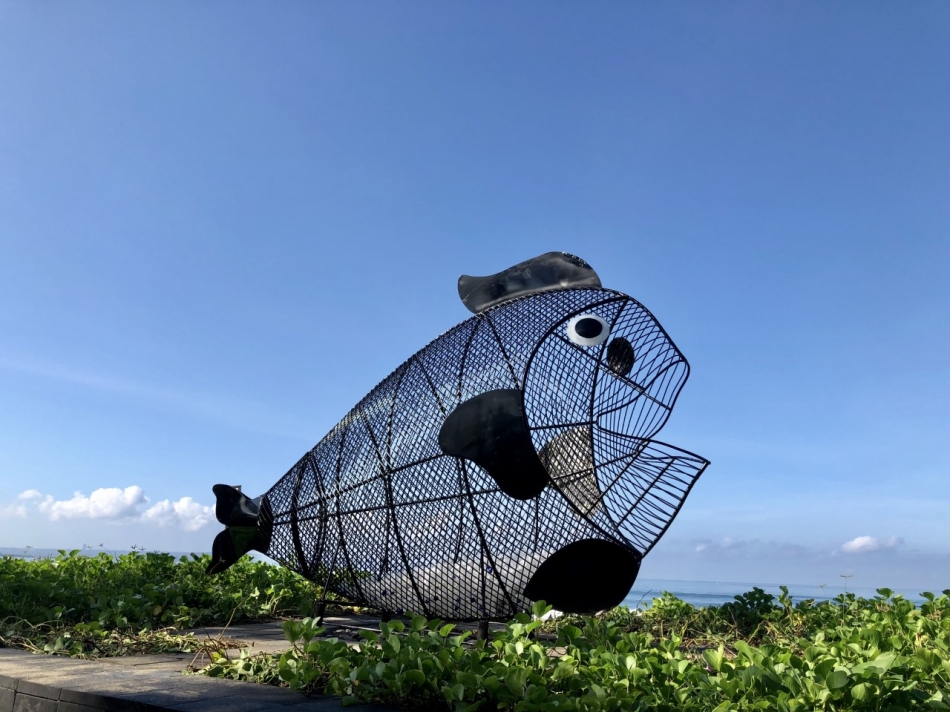 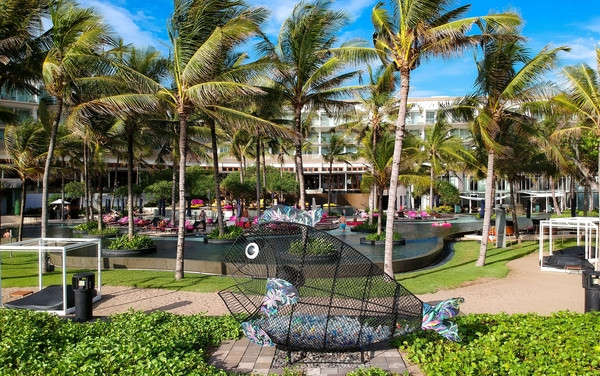 FINDING GOBY: THE ONLY FISH THAT SHOULD EAT PLASTIC Luxury boutique hotel, W Bali, Seminyak has taken a creative approach to make their business more sustainable, by installing a larger-than-life fish-shaped trash can on their beachfront, designed to reduce the amount of plastic waste on the island. “We saw a similar installation on social media and begun researching it. We found out the fish was installed on a beach with a sign saying, ‘Goby loves plastic, please feed him!’, and we embraced the idea.” —Craig Seaward, General Manager of W Bali – Seminyak It’s possible Mr. Seaward was referring to the pictures of “Yoshi the Fish” on Malpe Beach. Either way, the concept inspired him to replicate their very own “Goby the Fish” at the high-end resort. 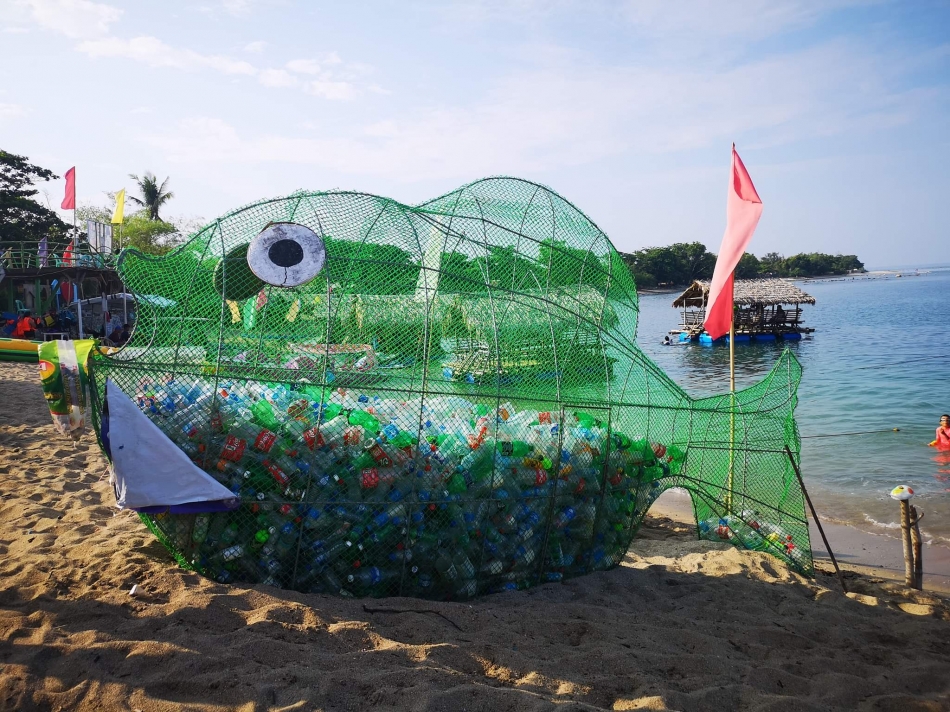 Aware of its social responsibility when it comes to sustainability and the impact plastic has on the environment, W Bali – Seminyak has been working for more than 5 years to be Earthcheck certified every year, working on reducing waste, energy and water consumption and engaging in strict recycling practices. With the arrival of the wet season and the beaches of the Island being swamped by trash washed away on the shores, the team at W Bali is constantly engaged in intense beach cleaning sessions, ensuring the garbage is collected and sent to recycling. While the above steps are definitely going in the right direction, there’s also a an extra initiative that would help put a stop to plastic on the beaches. Enters Goby, the plastic-eating fish that will allow guests and locals to dispose of plastic waste, all while looking nice on the beach, sparking conversations, building awareness and education. Shared by BrightVibes follower Bernadette Bello Espejo Updated 27 April Source: Facebook/BernadetteBelloEspejo 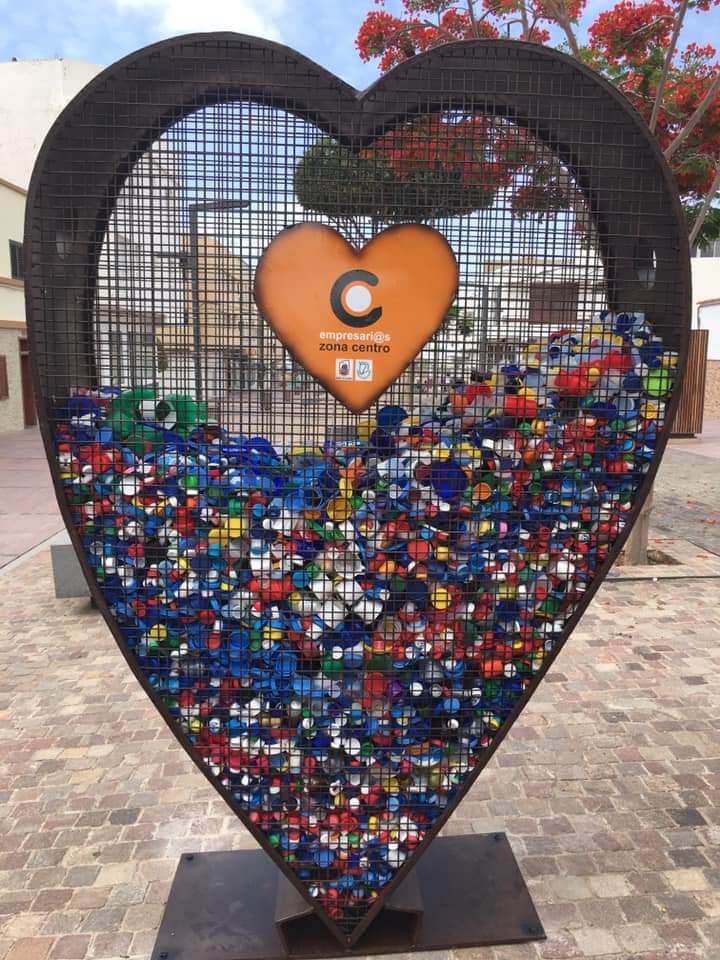 Spotted in Puerto Del Rosario, Fuerteventura, by BrightVibes follower Louise Brown This sculpture in Fuerteventura was filled with bottle tops another great way to keep the world tidy plus looks awesome