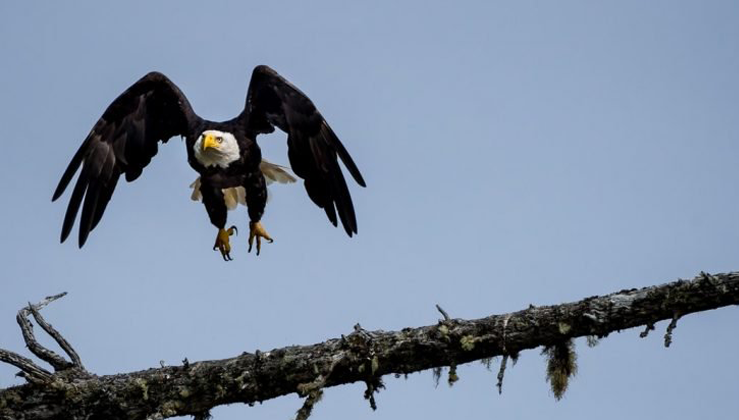 The drone was helping to map erosion along the shoreline of the lake when the eagle, which was entirely unprovoked, decided that skies weren’t big enough for the two of them and decided to rip a propeller off of the Phantom 4 Advanced quadcopter, reports WLUC. EGLE environmental quality analyst and drone pilot Hunter King had captured roughly seven minutes of footage before the satellite reception began to break up. King pressed the “Go Home” button to recall the drone and began to reacquire a stronger satellite feed when things took an unpredictable turn. 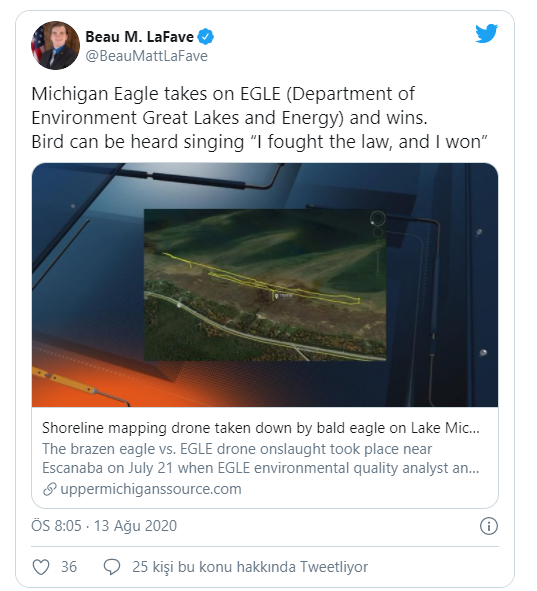 King helplessly watched on his video feed as the drone attempted to make its way back to him, only for it to begin twirling erratically as it slowed from 22 mph to 10 mph. King also began getting flooded by warning messages. “It was like a really bad rollercoaster ride,” King remarked. As it turned out, the drone’s propeller had been ripped. Amid the chaos, King noticed the eagle flying away, raising suspicions that this wasn’t just any malfunction but was the work of the iconic American predator. King’s suspicions were confirmed by a couple nearby that had long enjoyed the sight of the predatory raptor attacking other birds such as seagulls. The pair had seen an eagle attack some object, but they had no idea that it was a drone. Both the couple and King believe the eagle escaped the altercation unscathed. While the eagle’s motive remains unknown, it is quite possible that the raptor was simply hungry or jealous that the unmanned aircraft was in its territory. 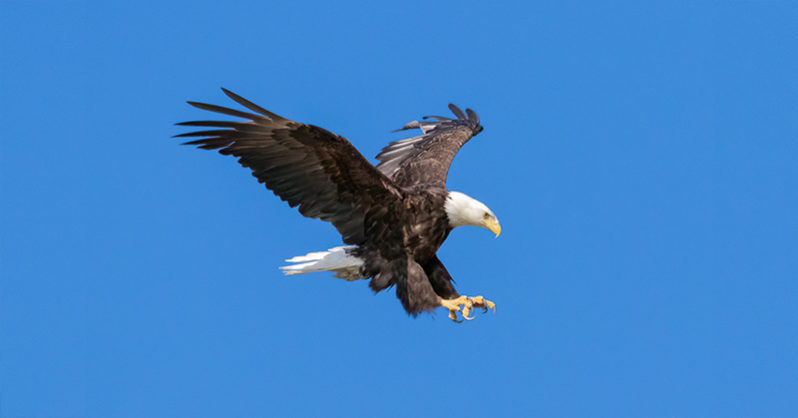 Bald eagles typically eat fish, but they also frequently attack small birds and rodents, as well as feasting on the corpses of animals that they find. Bald eagles are also fearless hunters that stalk large lakes like Lake Michigan for their prey. King and the couple then sought to find the drone, reports Detroit Free Press. When hours of searching for the disabled UAV failed to turn up any results, EGLE Unmanned Aircraft Systems coordinator Arthur Ostaszewski then undertook the search. Days after the attack, the drone was finally located 150 feet offshore submerged in four feet of water. But after Ostaszewski shuffled through the soft lakebed to recuperate the drone from the lake for two hours, the UAV expert called it quits as a lightning storm approached and reconciled with the likelihood that the Great Lake had simply swallowed the drone. EGLE is now looking at ways to prevent such a grim fate from befalling future drones, such as using designs that eagles won’t mistake as seagulls. State Representative Beau M. LaFave joked on Twitter: “Bird can be heard singing ‘I fought the law and I won.”

The attack underscores the stunning comeback made by the North American bird. While there were only 76 nesting sites in the 1970s, a 2019 U.S. Fish and Wildlife Service survey found 849 active nesting sites in Michigan alone. EGLE reportedly inquired with the Michigan Department of Natural Resources over what legal recourse it has to prevent future eagle attacks, such as issuing a citation or filing charges against the bald eagle. Regarding the request, a Michigan DNR spokesman remarked: “Unfortunately, there’s nothing we can do … Nature is a cruel and unforgiving mistress.”