Bird watchers and biologists are stunned by an unusual sighting in a bald eagle nest in Sidney, a Vancouver Island neighborhood in British Columbia, Canada. A baby red-tailed hawk appears to be living happily in the nest with three eaglets and its adoptive eagle parents!

The eaglets are about 10 weeks old and the baby hawk around 4 weeks old. “Amazingly the hawk is doing well with its 3 huge siblings,” writes Dr. Christian Sasse who posted several extraordinary videos of the natural event. 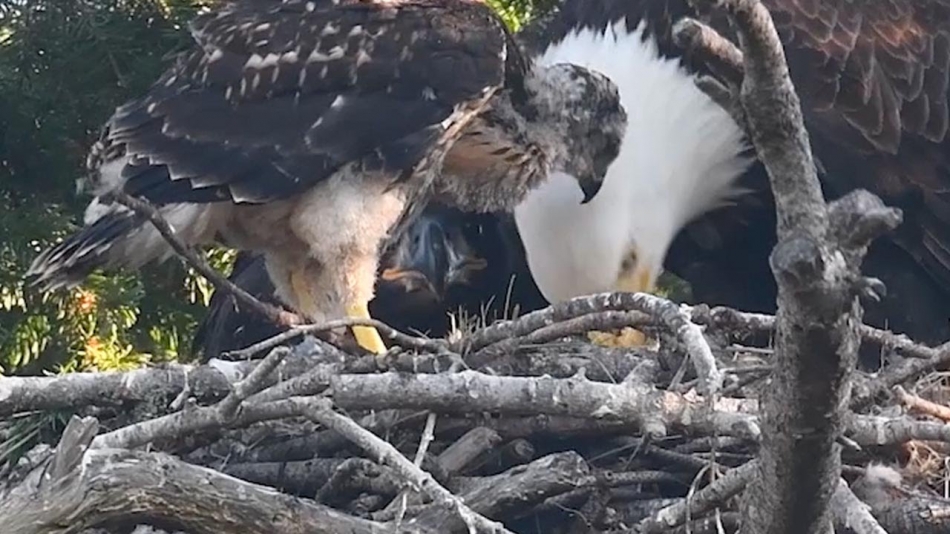 But how did the hawk get into the nest? According to David Hancock and Eagle biologist, it’s likely that the baby hawk was brought into the nest as food, survived the talon transport and raised as a chick, perhaps because the raptor baby looks similar enough to an eaglet? This seems the most likely scenario given that eagles are known to eat smaller, weaker birds (like hawks). 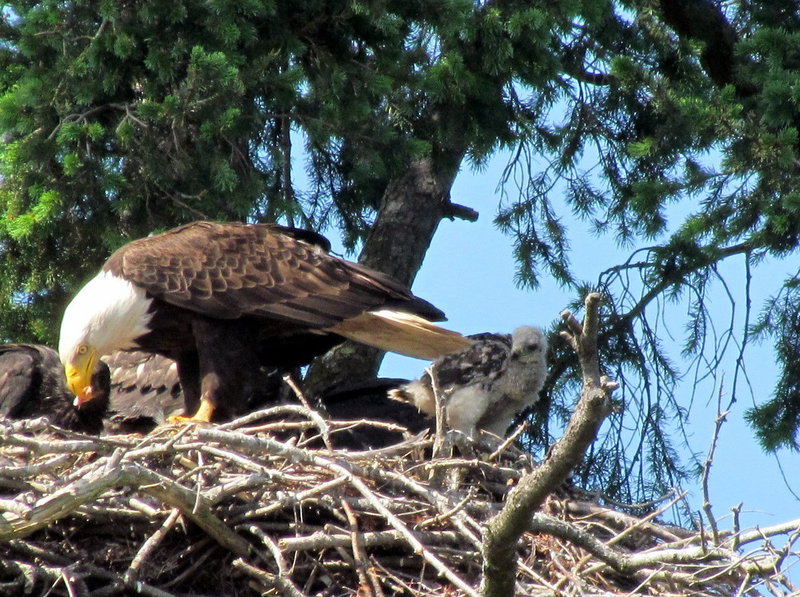 “This rates as the strangest thing I’ve ever seen in the world of birds of prey,” biologist David Bird told Global News. Bird is a retired university professor and board member for the Hancock Wildlife Foundation and just so happens to live near the eagle’s nest with the unusual sighting.Although people have the compulsion to race to the aid of the hawk, the experts weighed in why going into the nest to save the hawk would not be a great idea. 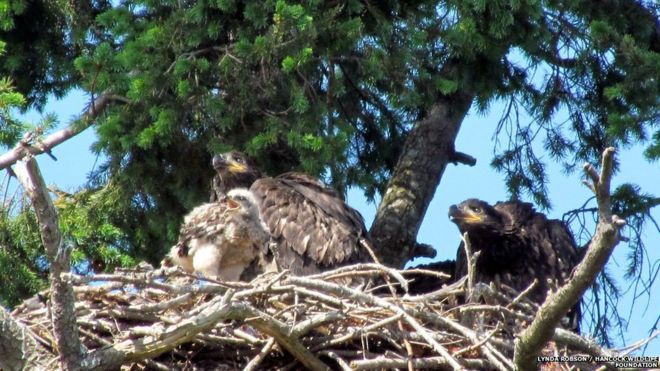 “Going into the nest to save the hawk would mean you would likely destroy the eagle nest for next year,” says eagle biologist David Hancock. This in turn would mean less likelihood of future eaglets. And this particular nest has been in the spot for 25 years. They point out you would also risk the lives of the young eagles, which might fly away from the nest too early.It’s a fascinating discussion and worth listening to their talk in the video below along with watching the additional footage of the eagles, eaglets and baby hawk. 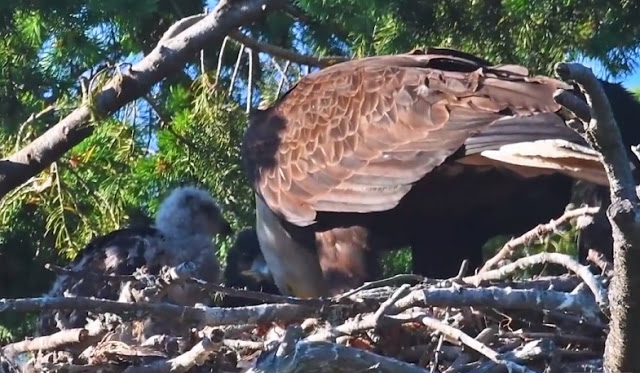 The baby hawk will fledge in about a week and be leaving the nest. There’s a bit of a question mark as to the bird’s chances of survival, given he doesn’t have proper hawk parents to show him the ropes and may have a bit of an identity crisis, thinking he’s an eagle. The other question is will his adoptive siblings change their minds and start viewing him as food? (Fortunately, he might leave the nest before that could happen.) But Hancock and others plan on keeping a close eye on the bird to see what happens. 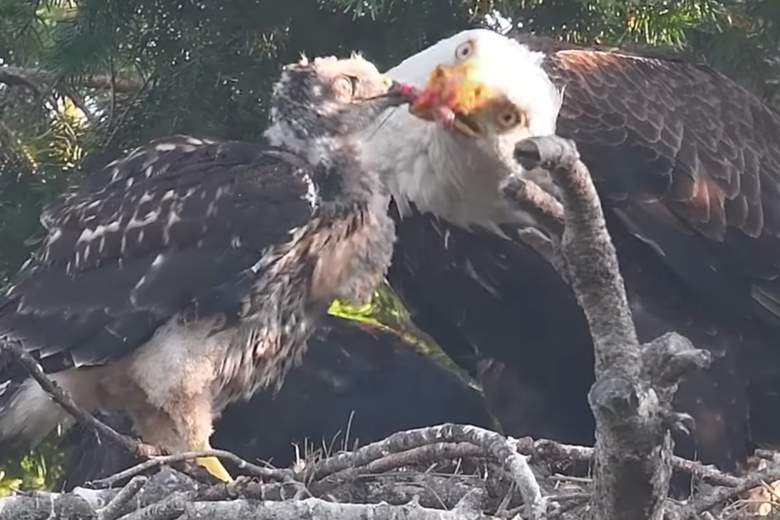 He’s not the only one intrigued. “I would love to know what happens to [the hawk] a couple years from now whether he’s alive or raising young of his own, I would love to know that,” said Bird.Here is one more video of this unusual family of birds.Share this amazing discovery with your family and friends.