Animal advocates are celebrating a major victory for a beloved herd of wild horses in Arizona’s Tonto National Forest, who are now officially protected from being removed and slaughtered.

The herd, known as the Salt River wild horses, became the center of a major controversy in 2015, when the Forest Service announced plans to remove them and auction them off. The agency argued they were stray livestock and not entitled to protection under the Wild and Free-Roaming Horse and Burro Act of 1971, and it was therefore not responsible for managing them. That legislation was passed to protect wild horses from “capture, branding, harassment, or death,” but the agencies responsible for protecting wild horses, including the Bureau of Land Management and Forest Service, have continued to fail them, and thousands continue to be rounded up and removed from their rightful place on the landscape. 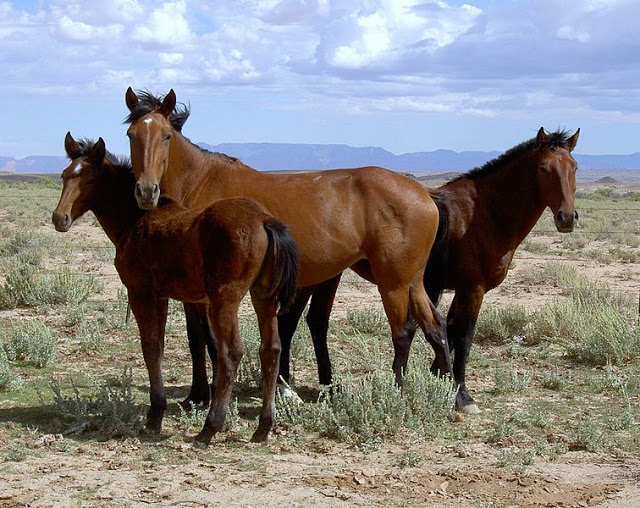 Fortunately, these horses were not without advocates, and news of the Forest Service’s plans sparked fierce public outrage. The Salt River Wild Horse Management Group (SRWHMG), which has been stewarding these horses in the wild for years, filed an injunction to stop the roundup and thousands of people from around the world made calls to protect them so loud officials and lawmakers couldn’t ignore them– a Care2 petition asking the Forest Service to leave them be in the wild gathered more than 220,000 signatures. As a result of public outcry over their potential removal and slaughter, the Salt River Wild Horse Act was passed to protect them. Now, the SRWHMG, its partner the American Wild Horse Campaign and the public are celebrating an agreement that was reached to ensure their long-term protection and the enactment of that legislation, which finally went into effect on January 1. 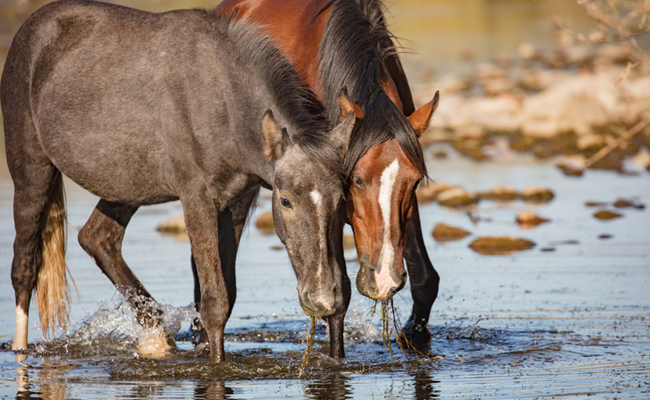 “Two years ago, the Salt River wild horses were almost removed and slaughtered. Today is a great day. The Salt River wild horses are protected from harassment and slaughter. We are deeply grateful to Governor Doug Ducey for his compassion and dedication to protecting these cherished wild horses, to State Rep. Kelly Townsend for introducing the bill that made this agreement to protect the horses possible, and to the Forest Service for recognizing the public’s strong interest in protecting this historic and popular horse herd, ” said Simone Netherlands, President of the SRWHMG 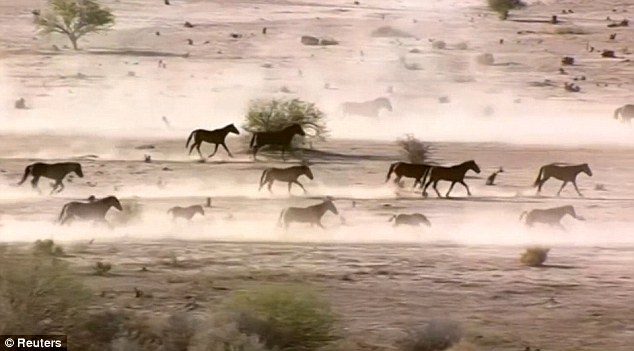 The new law requires the Salt River wild horses be protected from harm, harassment and slaughter, and are humanely managed in the wild through partnerships between federal, state and local authorities, and a non-profit, such as the SRWHMG, which stands ready to help. “The Salt River Wild Horse Management Group, with our 100 volunteers and daily presence on the Salt River, is ready to roll up our sleeves and enter into an agreement with the state to continue our management of this wild horse herd that people from all over the world travel to see,” added Netherlands. “We are grateful for the enormous public support for our work, which has included the rescue and treatment of seriously injured Salt River wild horses, fixing miles of fencing to keep horses out of roadways and education/outreach activities to keep the public and the horses safe. 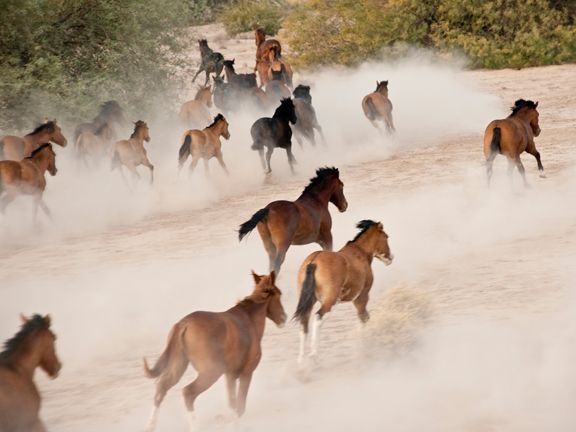 Hopefully the Salt River wild horses will be around for generations to come and the awareness that was raised by their plight will encourage people to continue to speak up for thousands of other wild horses and burros living on public lands whose future in the wild remains in question. The agencies responsible for managing wild horses should be protecting them, not subjecting them to brutal roundups or sending them to slaughter to benefit special interests who want to see them gone