A blind raccoon brought his trusted bodyguards, two black kittens, to his food provider so they could share meals together. Meet these adorable unlikely friends 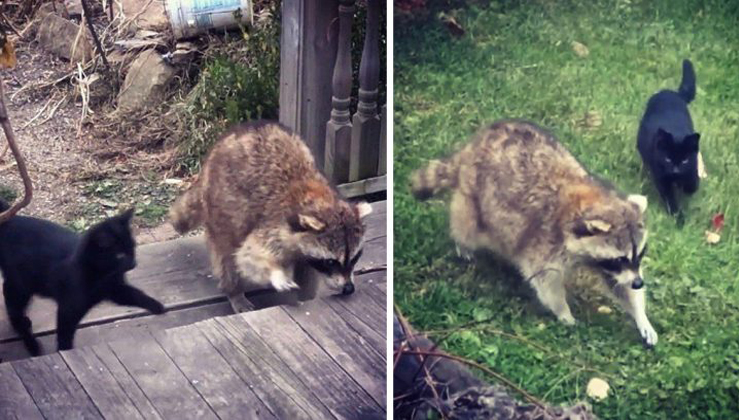 Blind Raccoon had been coming to Eryn’s home in Illinois to scavenge for food since 2009. He usually came to his human’s backyard for a nice breakfast buffet early in the morning around 6 – 9AM, and often returned for an extra meal or two later in the day. “His eyes shone bright green during the day. He was at least partially blind, walked into things, and was afraid of the wind, high grass, birds and snow,” Eryn (@eryn_09) said. In late October, 2014, two little black kittens showed up on the outskirts of their yard as the raccoon came for his daily refreshment. The kitties befriended him and started following him around, like his very own bodyguards 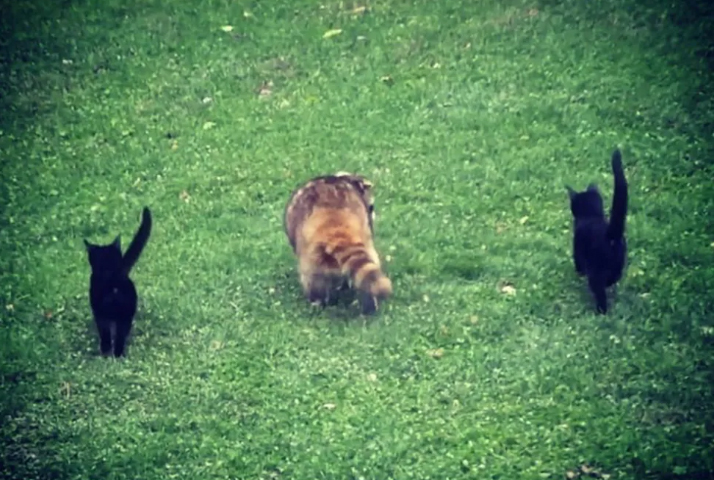 The raccoon was around for at least five years before the kittens magically appeared in the woods,” Eryn said. When the raccoon came for feeding, the kittens tagged along as they quickly learned that their buddy would lead them to a plentiful food source. On November 13, 2014, Eryn was able to capture the trio on camera as they showed up in the morning for their hearty breakfast and retreated back to the woods after they polished off their plates. The faithful kitties escorted Blind Raccoon back into the woods as his seeing eyes. 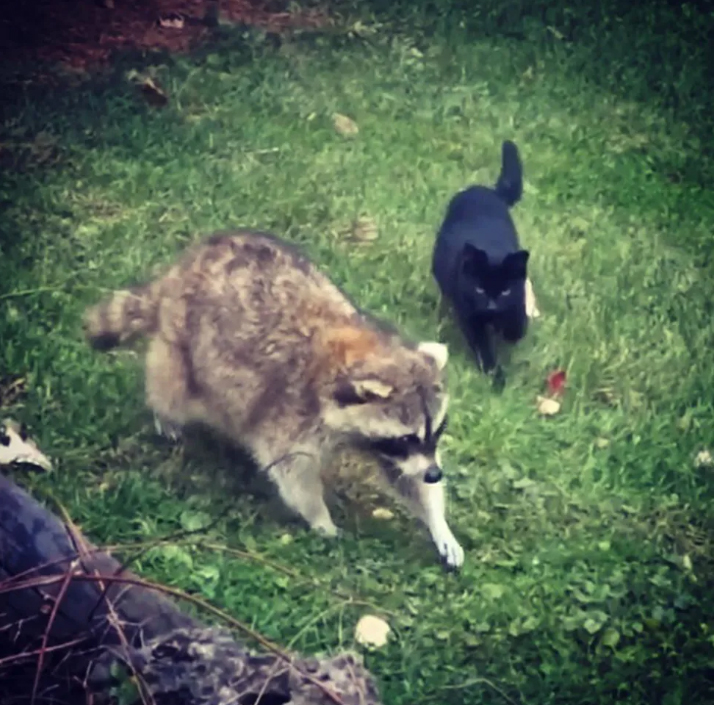 After five good years, the raccoon passed away in June of 2015. At that time, he had already outlived the average lifespan for a raccoon (2-3 years). “A blind/handicapped raccoon surviving at least five years is pretty long time. He was a miracle.” But the kittens were devastated without their buddy. Eryn began the process of taming them. After countless scratches, loss of flesh and blood, they got the kittens and earned their trust and love. 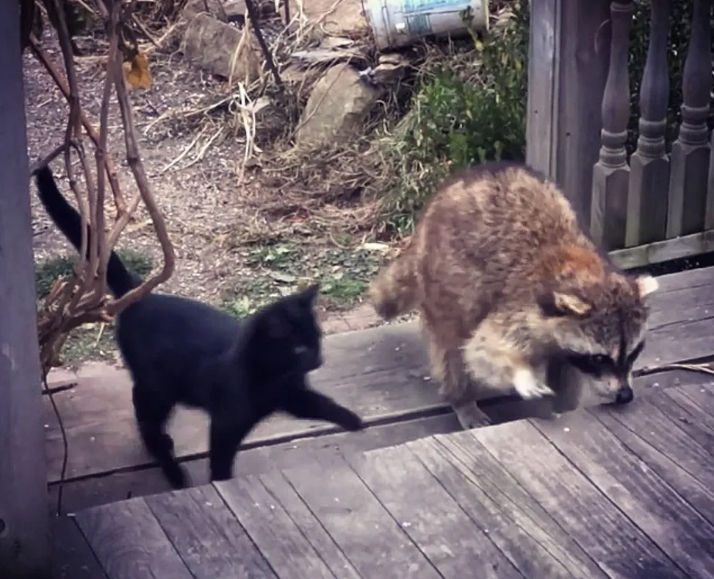 “They now live inside with our other cat Squirt. They officially became ours on December 14, 2014 when we got them fixed and chipped,” Eryn said. The kittens were estimated to be about six months old. “Turned out that I needed the black kittens as much as they needed me. Taming them helped me slightly cope with the loss of my mom and my 15 year old cat within nine days of each other. “Before mom came down with the flu that ended up sending her to the ER, she said that she wanted to keep the kittens… (and) didn’t want them to get cold.” 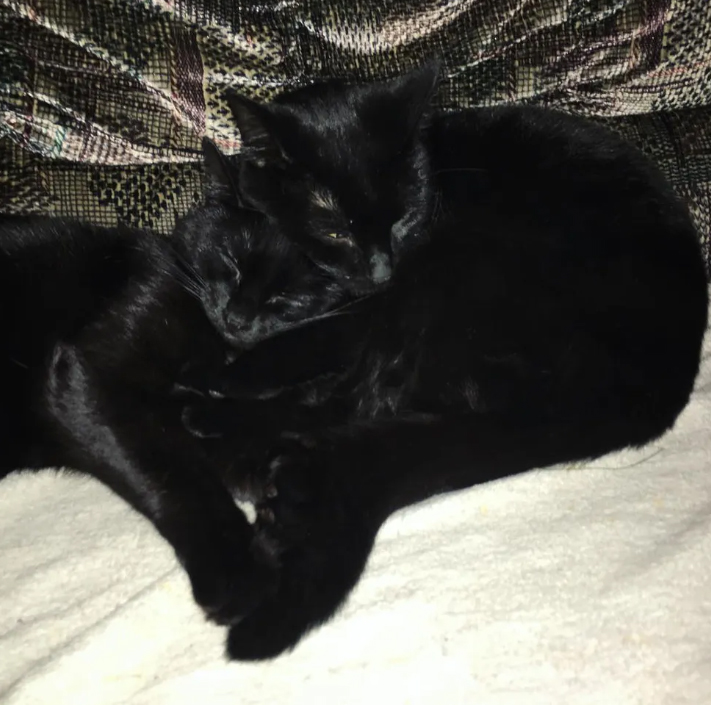 With help from her dad, Eryn was able to fulfill her mom’s wish, and gave the two feline siblings a forever loving home. “They are very different than any cats that we have ever had. They use A LOT of tail communication and they play fight constantly.” Blind Raccoon led the kitties to a loving home, and now they are living out their dreams with another furry buddy, Squirt. Happy and loved. “They are extremely bonded brother (green and purple collar) and sister (pink collar with bow).” Beautiful friendship. You can watch video below