We all have our morning routines.Usually, they involve things like brushing our teeth, bathing and getting dressed.But for a few days in a Chicago Illinois suburb, one boy added “help blind deer find food” to his morning to-do list.You can likely imagine that upon hearing the news, the entire world breathed a collective “aww!” 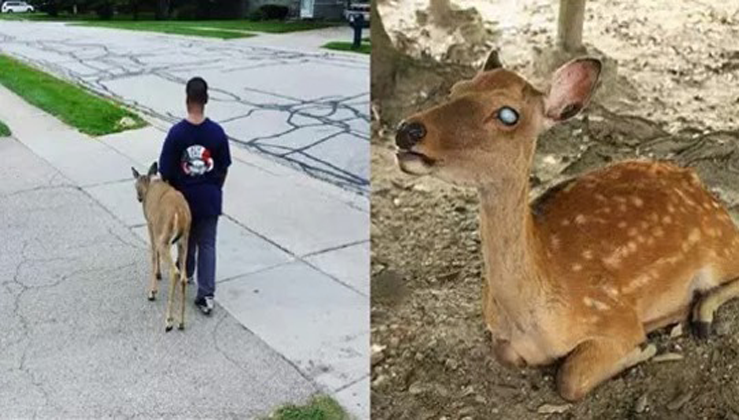 As with most feel-good stories like this, social media had a hand in getting the ball rolling.The 10-year-old boy had been spotted by a neighbor, walking around in the morning with this sweet little deer.It quickly became apparent that the deer was blind, and he was leading it around to the various patches of grass in the suburban sidewalk.He just wanted to help make sure she could find food, so each morning before school he’d stroll her around to the various spots.One day the neighbor snapped a photo of the adorable pair together and posted it to Imgur. As you can imagine it caught like wildfire. 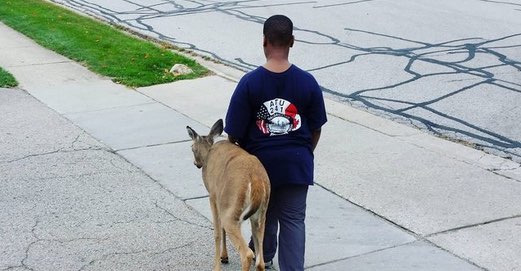 The Illinois Department of Natural Resources (IDNR) is a licensed wildlife rehabilitation group.They were the ones who picked up the deer and adopted her into their program.These are the only folks in Illinois who are legally authorized to treat and shelter a deer, so she’s in excellent hands. 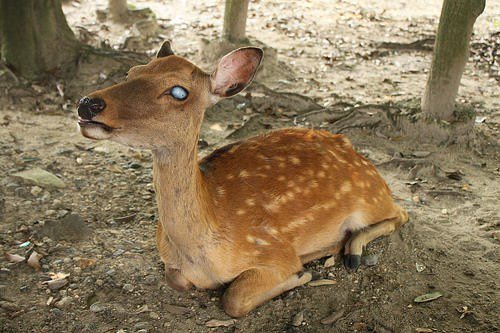 As for the boy, you might think he’d be having a hard time letting his deer friend go.But in an attitude that suggests he’s much older and wiser than his 10 years would lead you to think, he simply wanted what was best for the deer all along.He had the time available in the morning, and he saw a need in the deer, so he lent a hand.But when help was identified, and he was relieved of the duty of caring for her, that was fine too.

It might seem silly, but to me, that kind of care is what true love is all about.The kind where we really see each other in this world, and only want to provide balance… a helping hand. Not to cling, possess, or overpower.Instead to support, nurture, and empower.He was embodying true love by looking out for the deer’s safety and embodying true love again by letting her go when it was time.They were only friends for a few days, but it was meaningful. Maybe very necessary for the deer.He hadn’t named her or asked about adopting her into the family as a pet. His concern was only that she be safe. When the IDNR folks came out to retrieve the deer, it caused a bit of a stir in the neighborhood, as you might imagine.Everyone came out to watch the operation, including the 10-year-old boy who’d taken it upon himself to befriend her. There seemed to be no sadness at all.Everyone was happy to send her off to safety, including him.