While shooting from the Asilia Namiri Plains Camp in Tanzania, British wildlife photographer George Turner captured a striking photo of an incredibly rare serval who was completely covered in black fur. According to Turner’s guide, the serval was given the name of “Manja”

It says you should never cross paths with a black cat, because it brings bad luck. But for this wildlife photographer spotting a black wild cat was a stroke of luck. While shooting from the Asilia Namiri Plains Camp in Tanzania, British photographer George Turner witnessed a once in a life time moment. He captured a stunning photo of a very rare black serval. 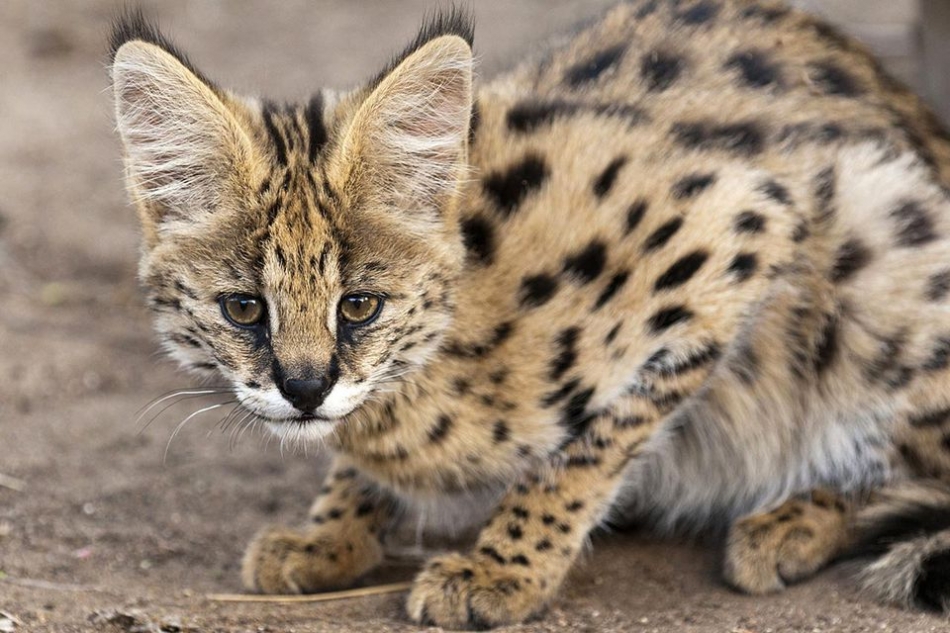 The serval is a highly secretive wild cat, native to Africa. The solitary feline that could weigh up to 40lb, is known for its golden-yellow coat marked with black dots and stripes. Therefore, it’s very unusual to see a completely black serval. Most likely, the gorgeous cat have melanism. Unlikely the albinism, who’s a lack of skin pigmentation, the melanism occurs because of the skin’s black pigmentation 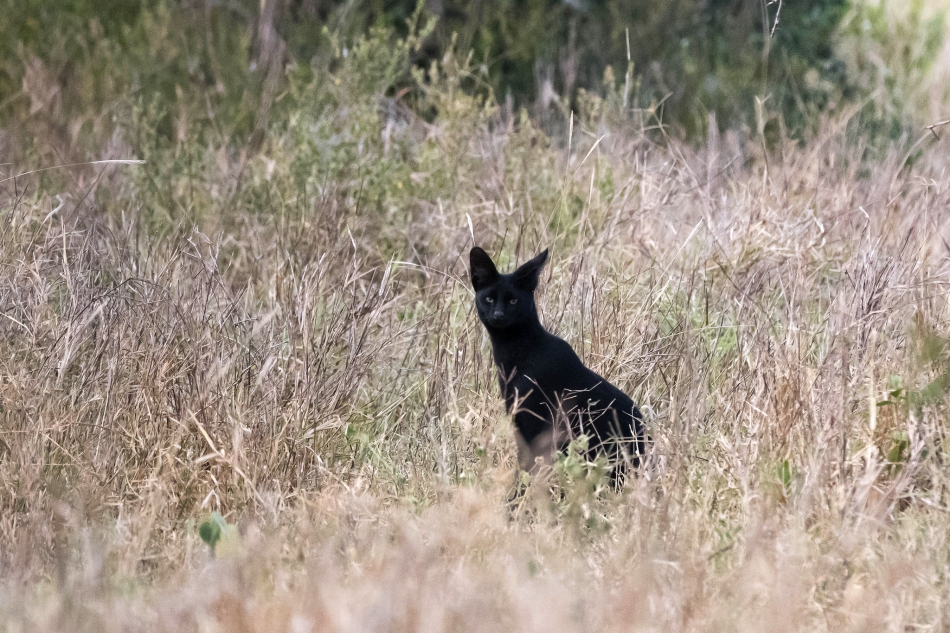 Melanism in servals primarily occurs in East Africa, particularly in the highland regions over 2000m, which is what makes this sighting particularly special. At around 1000m, the Namiri Plains are considerably “lower” than the normal altitude were melanism is more prevalent. It’s likely this particular serval traveled from the nearby – and much higher – Ngorongoro Crater and established a new territory. “Can’t describe how mind-blowing this was … and still is,” the excited photographer wrote. “For context, even seeing a ‘normal’ serval is tough. They’re shy, secretive cats that tend to live in tall grasses — the perfect combination for staying unnoticed. Every time I’ve been privileged enough to see them, my heart skips a beat.” 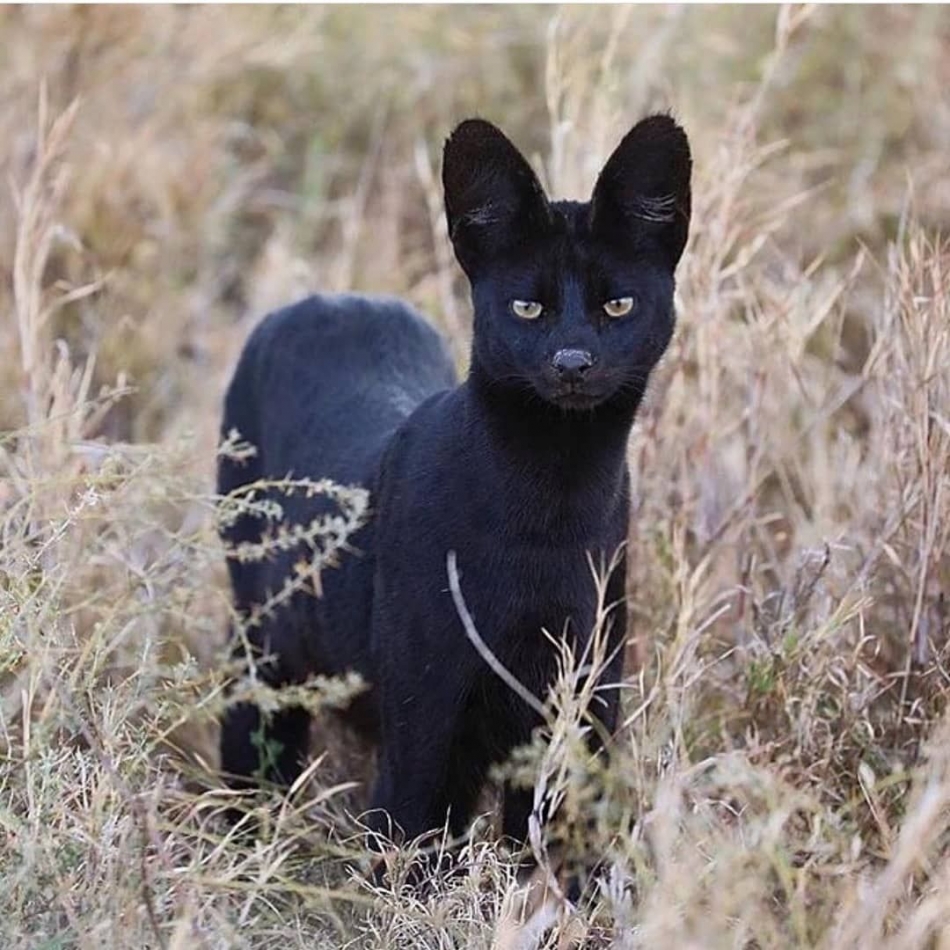 Despite its extremely rare appearance, two years ago another black serval was spotted in Kenya by the photographer Sergio Pitamitz. “When you do wildlife photography, you’re always searching for something rare and strange. It was absolutely incredible,” the photographer said back then