If you leave your dog alone for a few hours, you can expect he makes some mess and chews a sock or two, but the last thing you think he can do is proving himself an artist. 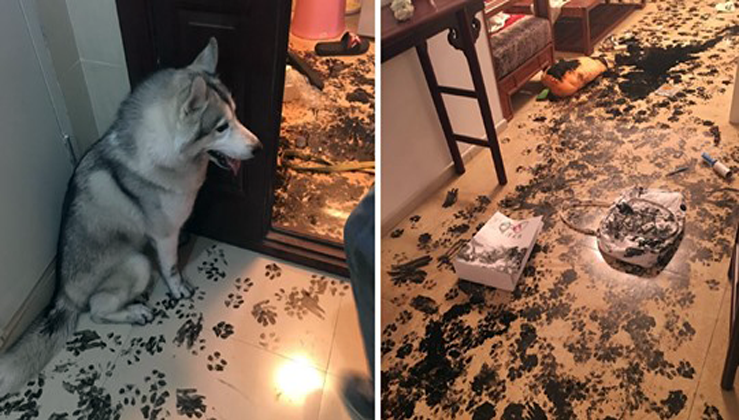 Dogs are the most adorable creatures on Earth, there’s no doubt of it. They offer nothing but unconditional love and they make our days better. However, it’s not always peaches and cream when it comes to our beloved puppies. They have their moments as well. And sometimes they have this ability to mess the things up in some unimaginable, yet extremely hilarious ways. Speaking of it, I am so sure this puppy takes things to a whole new level. 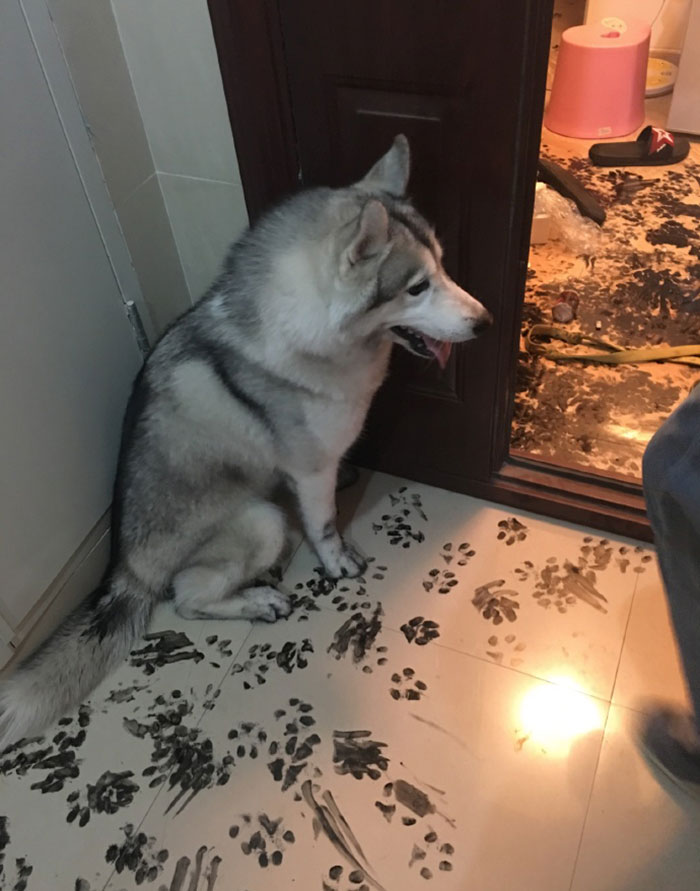 For many of those who share their home with a dog, leaving their four-legged friend alone for more than one minute, frequently turns into an epic scene. What about leaving your dog alone for three hours? Well, this family made it, but they instantly regret it. They learned the lesson on the hard way, after they left their Husky alone in the apartment. 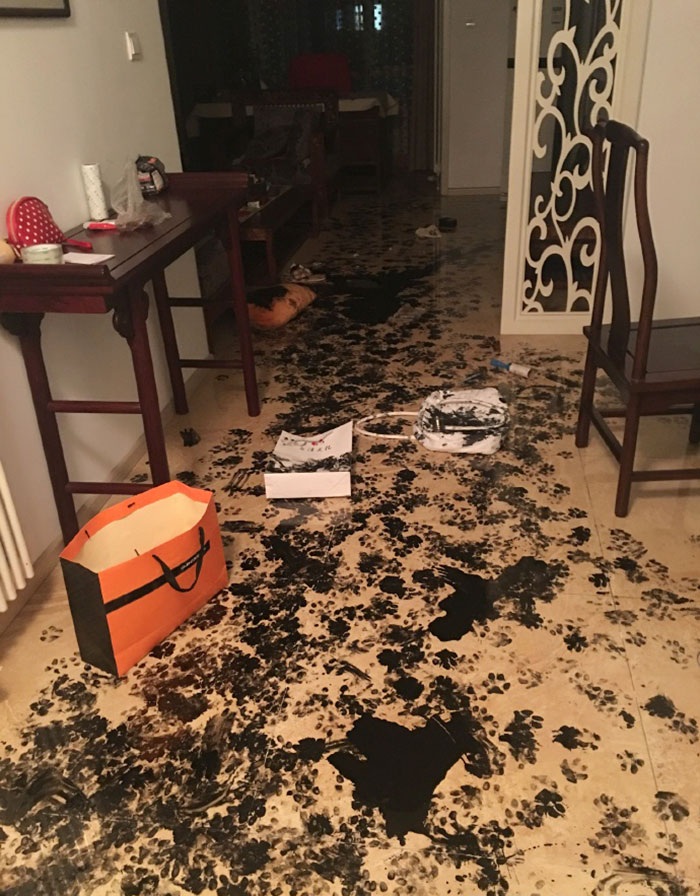 The dog’s human parents have planned to enjoy a Friday night at the cinema, without their furry baby. Left alone, the husky apparently got bored, so he decided to redesign. And not only his place, but the entire apartment. Well, the bedroom remained (almost) untouched. So in case you thought dogs don’t have an artistic side, think again! 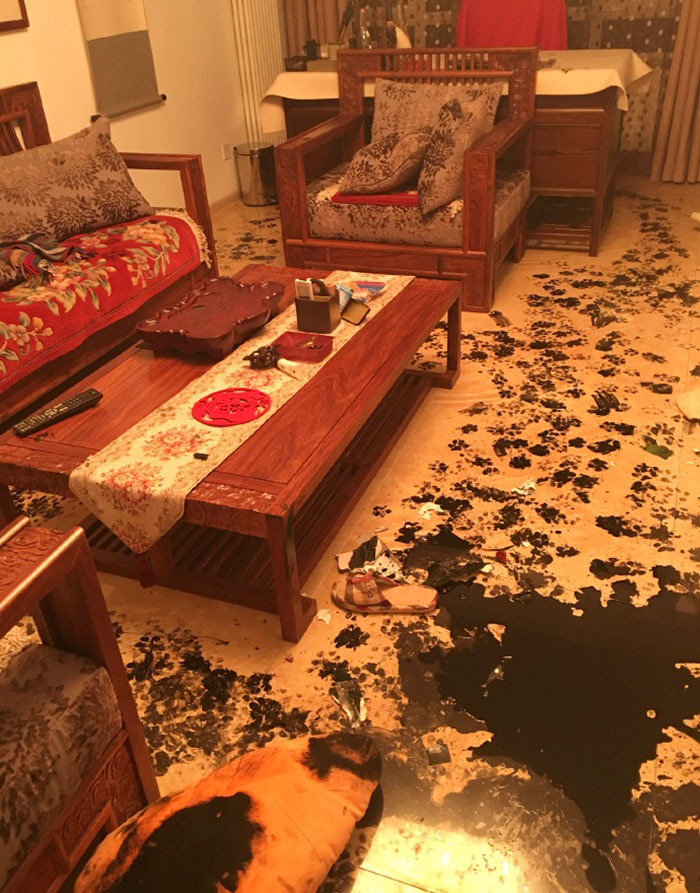 Thankfully (if we can say so) the pup used “traditional ink for Chinese calligraphy practice,” according to his not so happy owner. He also said the ink is “100% bio and non-toxic to dog or human.” Photo credit: Igmur