While animal advocates are working to raise awareness about how harmful keeping slow lorises as pets is and working to save those they can, they’re now celebrating one of the most unique cases yet – the rescue of the first known albino slow loris in the world. 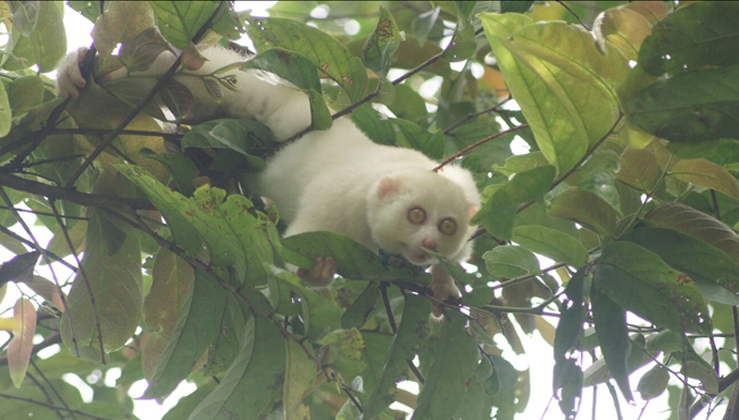 This slow loris had been taken from the wild and kept as a pet in Sumatra before being rescued this August by authorities. Since then, he has been getting the care he needs at the Natural Resources Conservation Centre in Bandar Lampung. 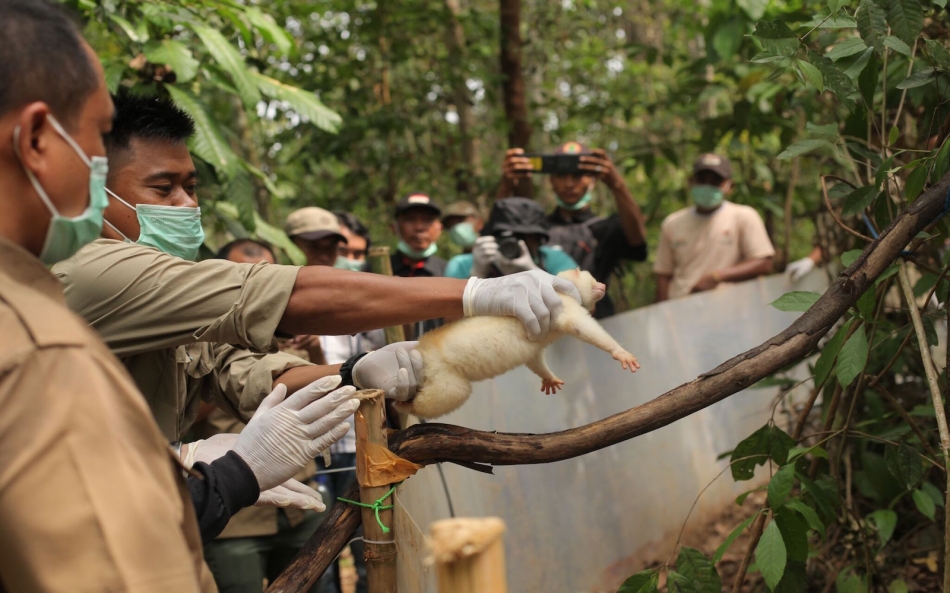 After completing the rehabilitation process, his rescuers believe he’s ready to begin his journey back to the wild and have started the process by bringing him back to his natural habitat in the Bukit Barisan Selatan National Park.According to International Animal Rescue (IAR), which took part in the release, the area was chosen because it has plenty of food and its status as a conservation area will ensure protection from human activities. 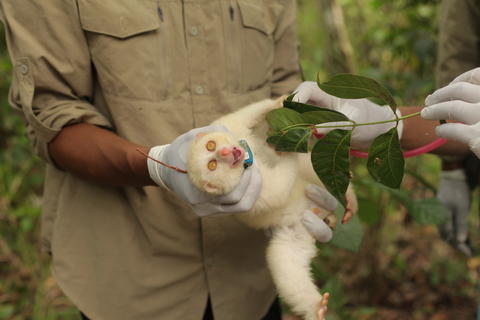 While the journey home has begun, this slow loris won’t be entirely on his own for a few more weeks. First he will spend some time getting adjusted in a habituation area before being fully set free, and he’ll also be radio collared and monitored to ensure he’s thriving on his own after he is released. Hopefully he will. The illegal wildlife trade is now threatening all species of slow loris throughout their range, which isn’t just harming individuals, it’s taking a toll on the environment. 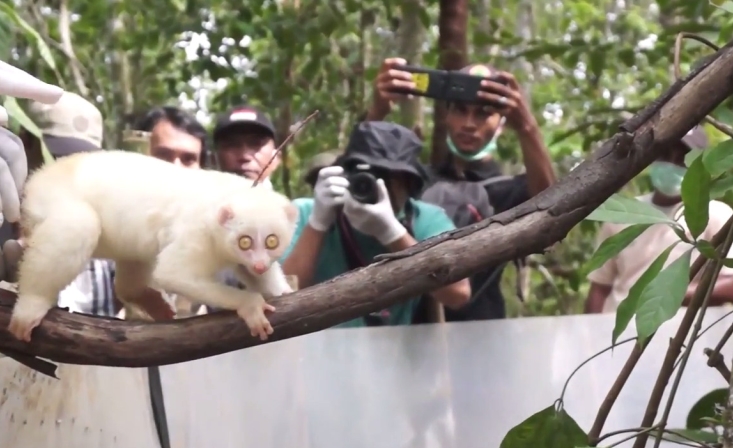 Although this albino slow loris is extremely rare, it is still entitled to live freely in its natural habitat like other wildlife. The reintroduction of slow lorises into the wild can also provide benefits and carry out ecological functions in their natural habitat by controlling insects and pollinating plants,” said Teguh Ismail, Head of Lampung Region III Conservation Section BKSDA Bengkulu. 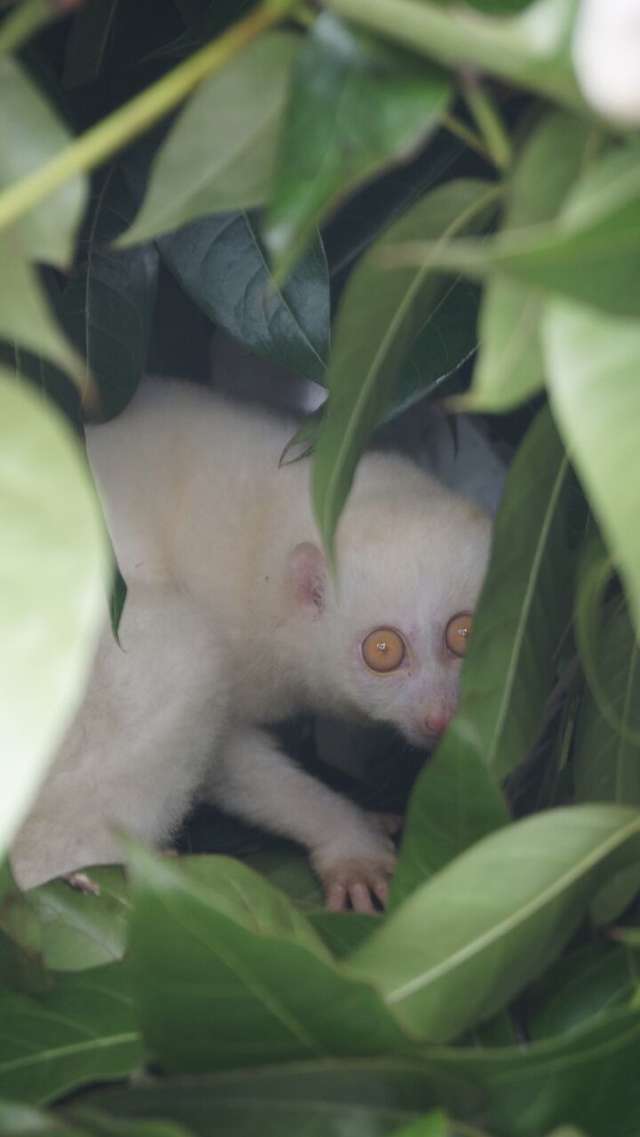 As IAR has previously pointed out, these shy, nocturnal animals are easily stressed and endure a number of heartbreaking abuses as a result of the pet trade. After being torn from their homes, some lorises in captivity are fed inappropriate diets, and others have their teeth crudely clipped or broken off without anesthesia to make them defenseless, which often leads to infection and death, and also makes them ineligible for release even if they are rescued. 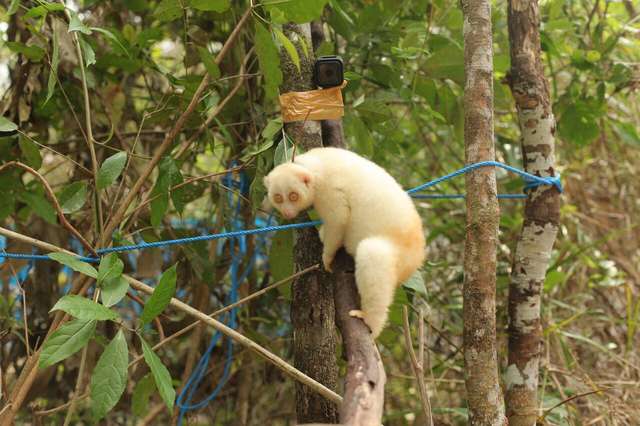 This is the first known albino loris in the world and therefore extremely rare. If it wasn’t for the incredible work of the authorities to combat illegal wildlife trade, this loris could easily have died in the hands of wildlife traffickers. Thankfully, we are able to give this animal another chance to live and thrive in the wild where it belongs,” said Karmele Llano Sanchez, Program Director of IAR Indonesia. 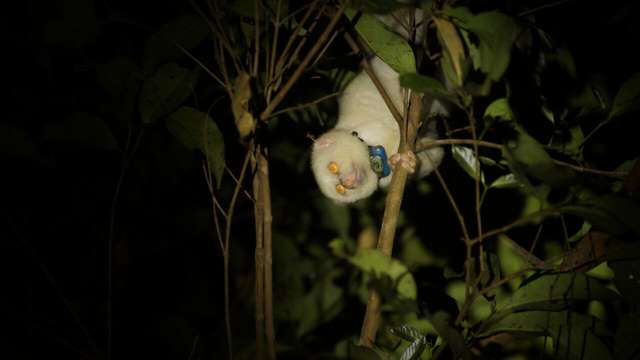