Forest rangers discovered two bear cubs, about one month old, without their mother, in the Pădurea Bogății forest reserve, around 50 km north of Brasov in central Transylvania. 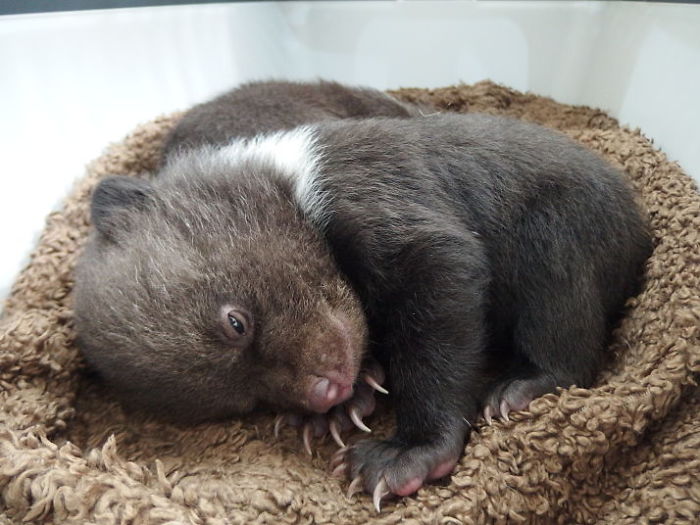 The rangers had been observing the babies, in their den, for three days, hoping their mother would return. As the mother bear didn’t show up, the rangers called the AMP to ask for help.

The mother had been shot and killed by a hunter. This is against the law in Romania because only the males should be shot. 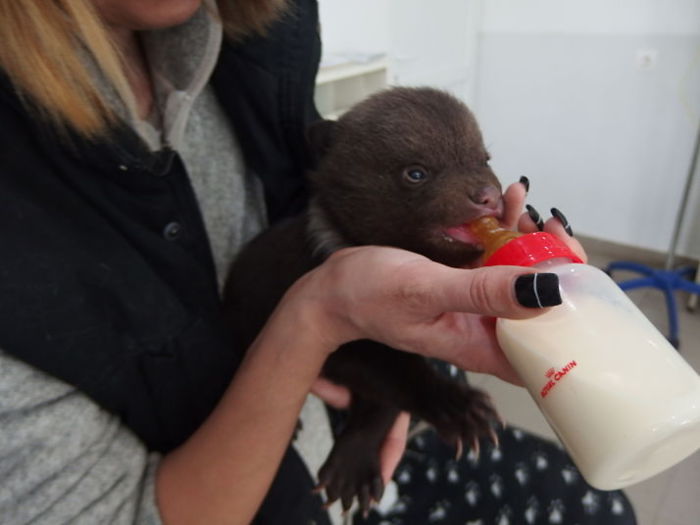 The AMP team went there and took the baby bears to the Victory animal shelter. After the first medical inspection the cubs seem to be healthy but a little bit dehydrated. The cubs will be transferred to the Liberty bear sanctuary, in a quarantine area where only the caretaker will have access. 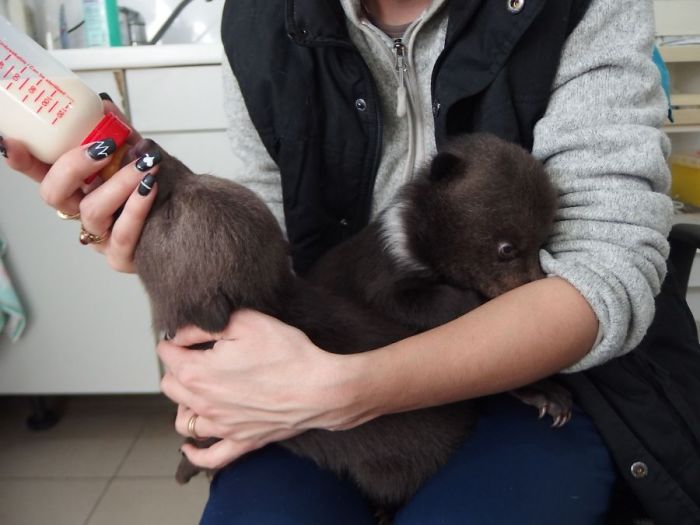 The babies will be bottle-fed every two hours, as they need special milk. In the forest, the mother bear can breast feed her cubs for up to two years, so time will show us if they will make it or not. They are weakened and so the risk of getting sick is quite high. If the babies will be strong enough to survive, the AMP specialists will assess their chances to return to the forest.