It’s not uncommon to encounter beluga whales out in the ocean. Recently Norwegian fishermen came across a whale that really surprised them and made headlines all over the world. When a friendly whale approached the fishermen’s boat, they noticed something odd about it. The animal was wearing a harness and once a fisherman removed it, they noticed that it had “Equipment St. Petersburg” written on it. 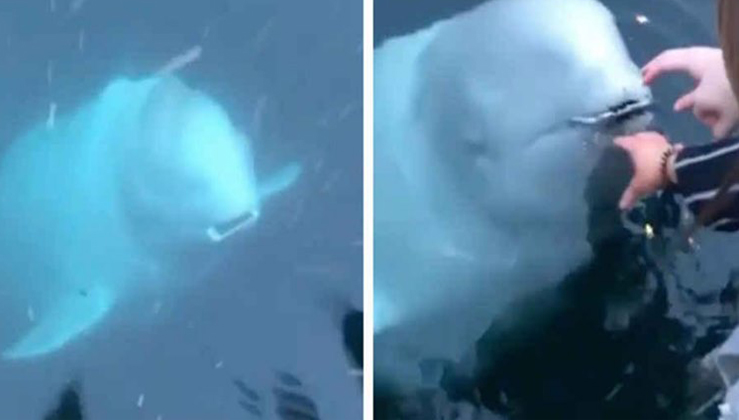 Experts confirmed that neither Norway nor Denmark or Greenland puts these sort of harnesses on beluga whales for research purposes. The Russian-made harness and unusually friendly behavior of the mammal raised suspicion that the whale was trained by the Russian navy for spying purposes. 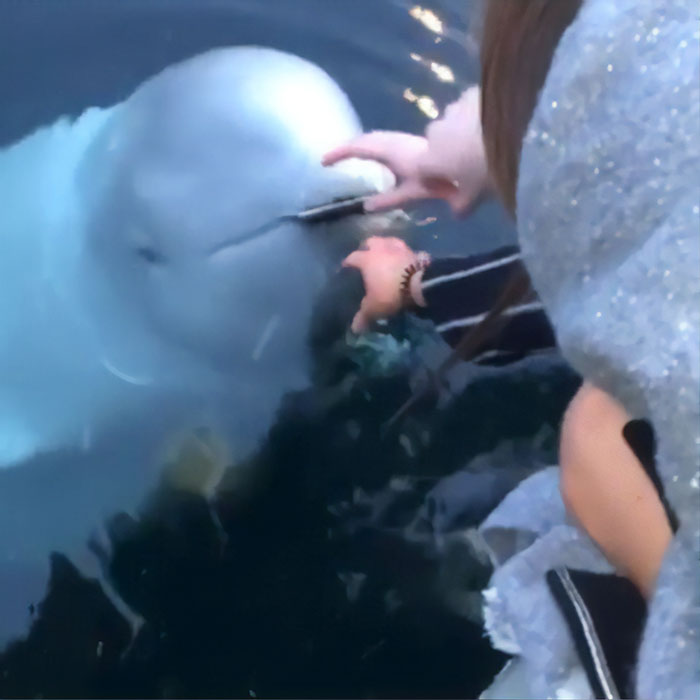 While it’s still not completely clear why the mammal was wearing a harness, the lovely “Russian spy’ was put under the spotlight again. As it turns out, this beluga whale is not just friendly, it is quite well mannered too. A couple of days ago, Isa Opdahl was out on the water in the boat when she had a mishap. 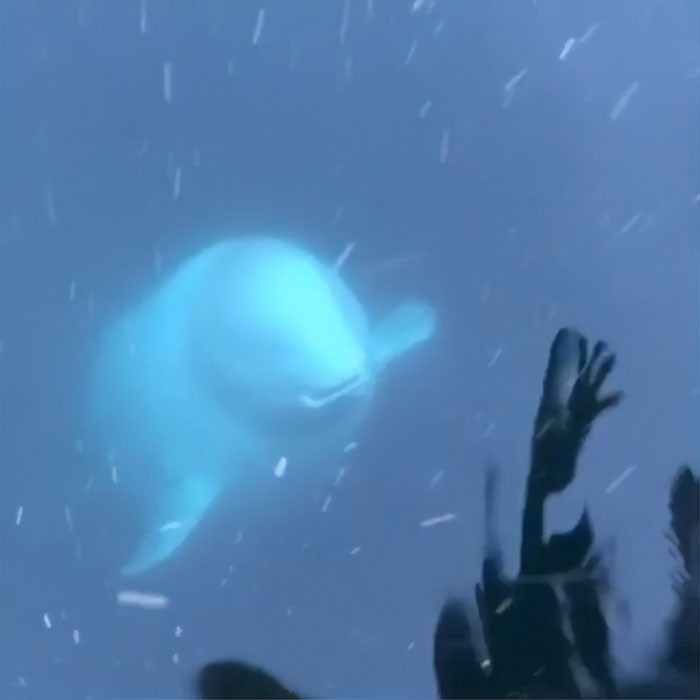 The young woman put her phone in her pocket but it slipped and went overboard, plunging into the ocean. When she thought that her phone was gone forever, she noticed the same notorious beluga whale carrying her phone in its mouth. 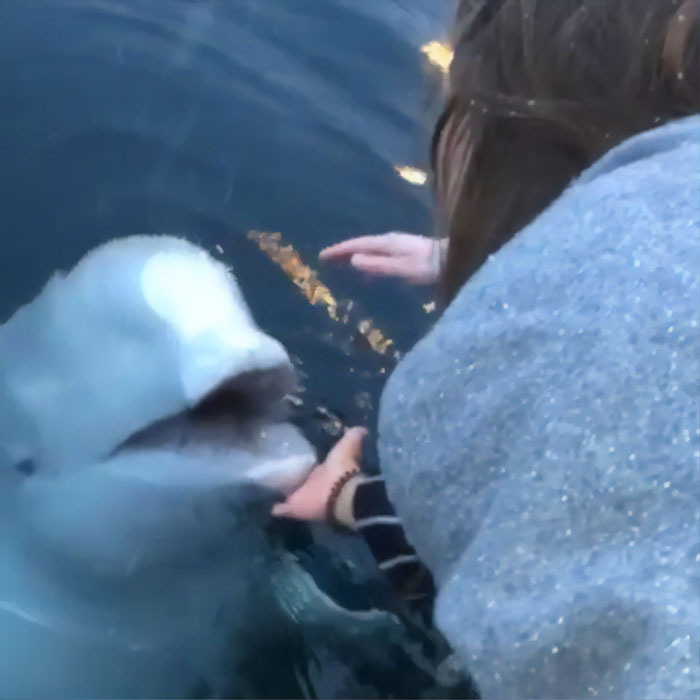 The whale swam close enough for her to grab the phone while one of her friends captured everything on camera. The beluga whale quickly became a viral sensation on social media with many people left in awe of its intelligence. For the time being, the polite whale continues to hover around the Hammerfest area. You can watch video below.