A 14-year-old dog has an incredible story of survival to tell after she was saved from a mountain after six weeks alone.

Chloe had run away from home with a younger dog in her neighborhood around 6 weeks ago and hadn’t been seen since. Her family lives on the east side of Mount Bross in Colorado. Although the younger dog returned, Chloe didn’t. Her family searched for weeks and weeks but could not find the senior dog. That’s when a stranger comes into the story. 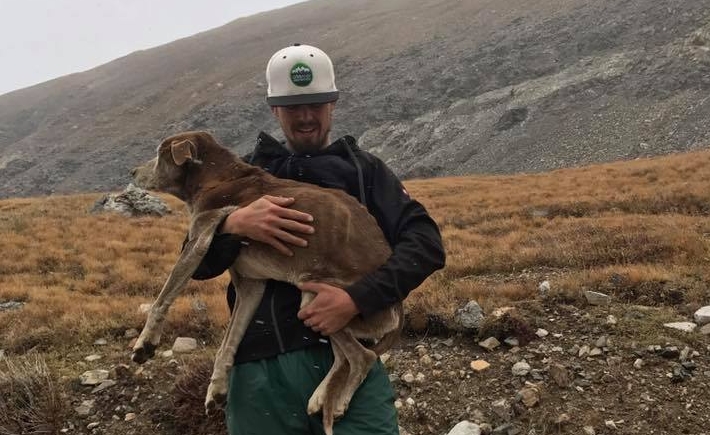 Trinity Smith saw a post on the Facebook page of the mountaineer/hiking group 14ers that said someone had heard a dog crying atop of Mount Bross. She decided to investigate and hiked up the mountain to see if she could find the dog. She heard the dog barking, but wasn’t able to find her and knew she wouldn’t be able to reach and rescue the dog by herself.

So the following morning, Trinity and her boyfriend Sean Nichols went up again and this time they called for the dog for nearly 4 hours. But they refused to give up. Finally, after more climbing they heard a faint bark. 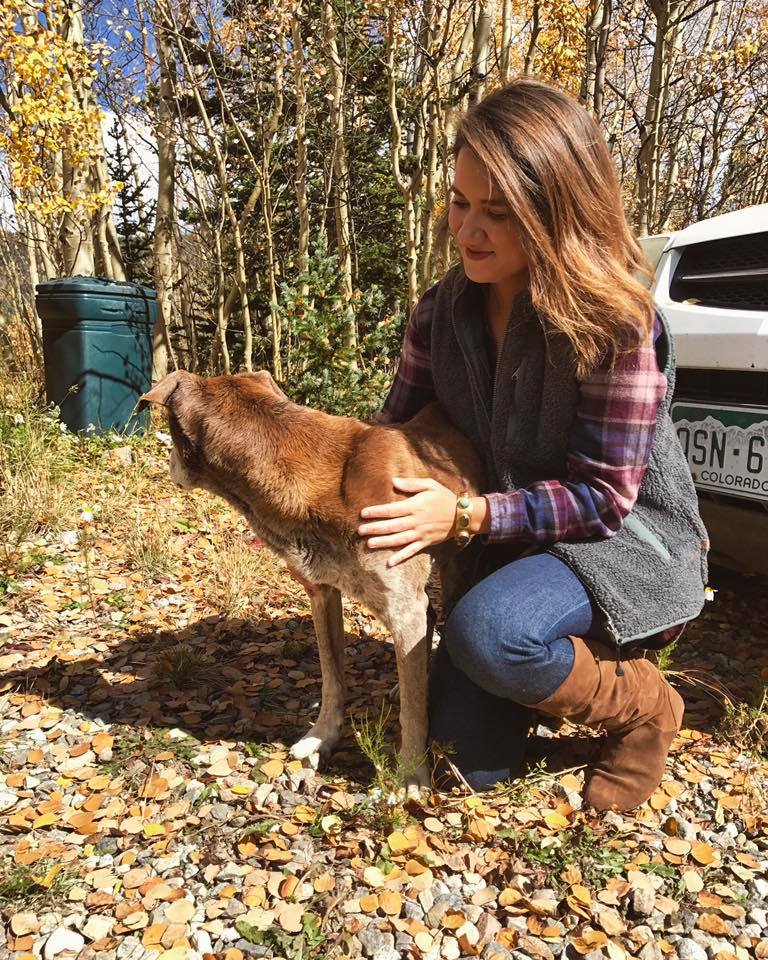 “I started to give up, thinking she hadn’t made it through the night,” Trinity told CBS News. “Then (I heard) that little bark, and the adrenaline started going again.

”When they finally reached her they found Chloe frightened and frail

“We got her!!!!” Trinity posted on Facebook when the found her. “After hours and hours of yelling and climbing Sean Nichols & I finally brought this sweet, scared, hungry girl down to safety. The poor baby was stuck up there for over a month. After coming back down with her, Chloe’s owners were patiently waiting to see if this was their dog that they had been missing for 6 weeks who had ran off with another neighborhood pup. They assumed after a month of searching that their 13-year-old baby was gone forever.”

“After rumors of a dog crying & 2 days of scrambling along the side of a 14er, we finally brought this sweet baby down to safety,” she continued. “This poor thing has been stranded high up on a cliff for over a month. She was once a 90 lb. dog who now weighs 26. Glad to have her off that mountain and back with her owners!

”Chloe’s owner told 9News that Chloe is doing better, but is still recuperating from her ordeal.