The West Japan Railway Company in Kobe came up with a wonderful plan to keep turtles safe from the tracks while the trains pass through them. 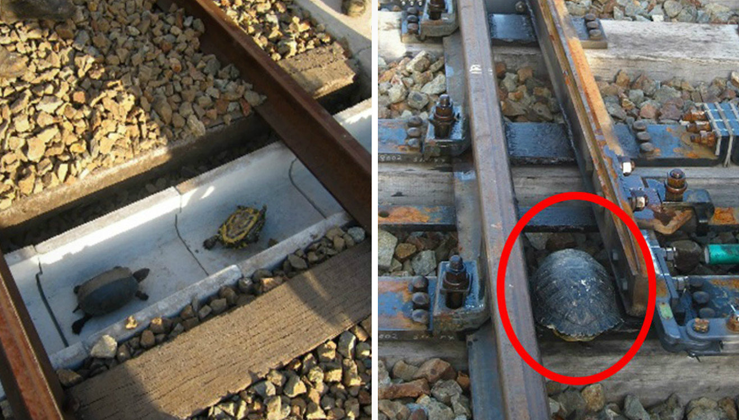 Several turtles in Japan are in constant danger every year as they get stuck in train tracks as they slowly cross the railways. Some of them were able to survive while others are crushed by train or by the railway’s mechanism when they get stucked between the rails and when they are not able to climb it. 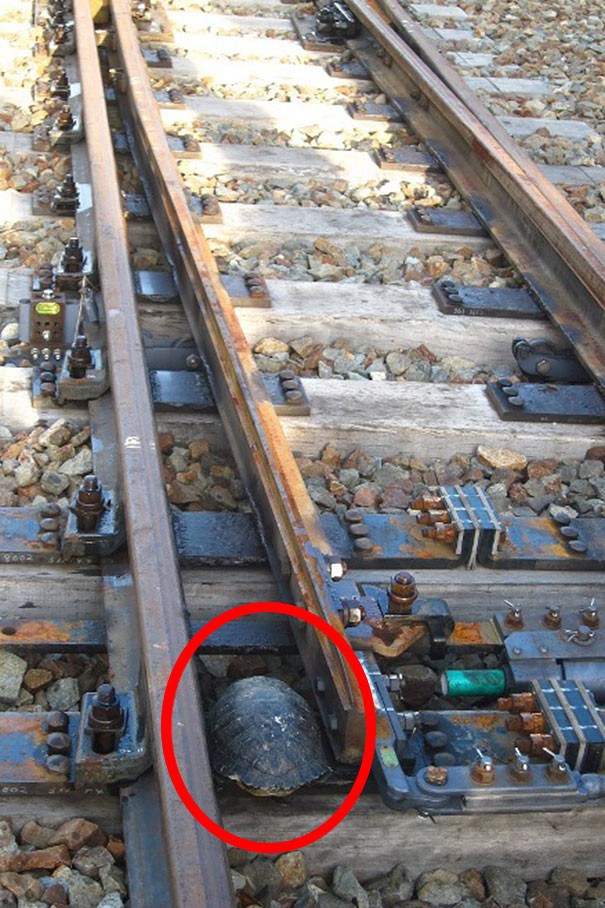 Recently the West Japan Railway Company working in coordination with the Suma Aqualife Park in Kobe, Japan implemented a surprisingly simple strategy to help make the train tracks a whole lot safer for the slow-moving turtles in the area. Every year, several turtles get stuck in the train tracks, creating a dangerous situation not only for themselves, but also causing delays or malfunctions to the trains and rails. Typically, the turtles get caught between the rails, and, unable to climb out, follow along the tracks until eventually being crushed by either a train or rail-switching mechanisms. The newly installed tiny channels or escape ditches run underneath the tracks, making them human-, turtle-, and train-friendly. 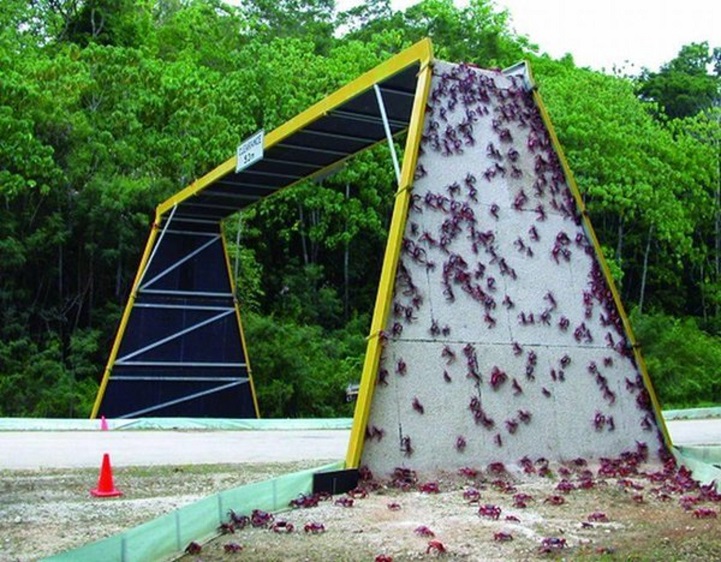 Animal bridges such as these turtle ditches are also known as ecoducts or wildlife crossings, and can include everything from underpass tunnels to bridges and fish ladders. They are structures that allow animals to safely cross human-made barriers such as busy highways or railroads. These wonderful structures are useful in habitat conservation because they allow connections between habitats and prevent further fragmentation. They also help prevent collisions between vehicles and animals, which is good news for both wildlife and humans