A dog was rescued Wednesday by the Central Hardin Fire Department in Hardin County, Kentucky. According to Facebook post, a family alerted the Central Hardin Fire Department that their pit bull, Lola, was trapped under a large pile of rocks.

Her owner’s say she played on the rocks frequently but has never been stuck before.

After multiple attempts to free Lola from the rocks, firefighters used two hydraulic spreaders to move some the rocks so she could climb out. It took more than 10 volunteer firefighters to get her out of the pit.

Lola is expected to be OK and she was returned to her owners. 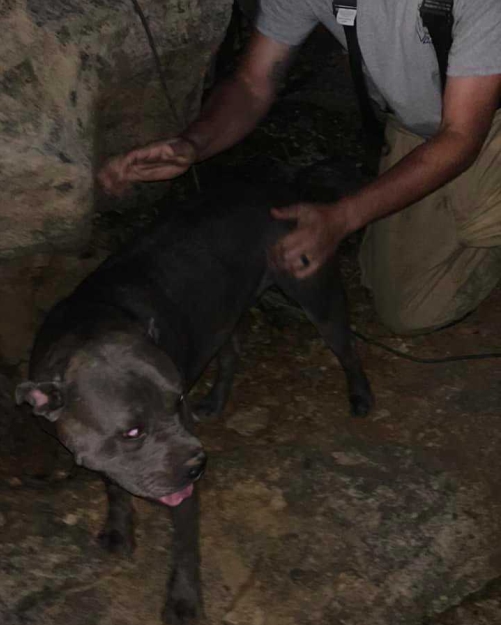 PIT BULL FACTS: Pit bulls were bred for a brutal lifestyle in Great Britain. The bulldog was crossed with either the white English terrier or the black-and-tan terrier to create powerfully-built dogs for fighting. Blood sports such as bull and bear baiting were popular in England as early as the 1200s. Dogs would enter pits and fight the giant animals for entertainment (hence the name). When baiting became illegal in England in the 1800s, pit bulls were turned on each other and illegal dog fighting became prevalent. 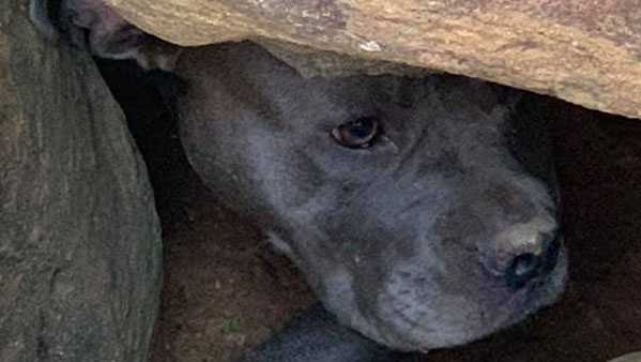 These dogs were bred to be strong and fearsome, and as a result, have a reputation for being dangerous. The type of dog is banned from Denver, parts of Florida, and even whole countries like Great Britain and New Zealand.

Fortunately, the tide is changing for the misunderstood breed, and many cities are reconsidering their ban.