Kermit the Frog’s distant live-action cousin has just been discovered in the jungles of Costa Rica. The new species, Diane’s Bare-hearted Glassfrog (Hyalinobatrachium dianae), is most remarkable for its translucent underbelly (hence the name “glassfrog”) and its bulging white eyes, which look just like Kermit’s. 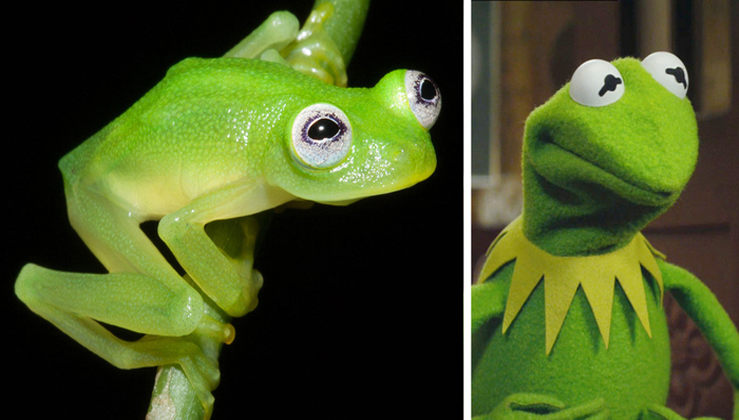 Already dubbed a real-life Kermit, a new species of frog has been identified in the rainforests of Costa Rica. The inch-long creature, scientifically named Hyalinobatrachium dianae, joins Costa Rica’s 13 other glass frogs, named for their translucent bodies through which you can view their organs. (Not all glass frogs, however, sport such translucent undersides.) Despite its bright-green skin and bulging white eyes, H. dianae had evaded biologists until a few specimens were collected by scientists with the Costa Rican Amphibian Research Center. 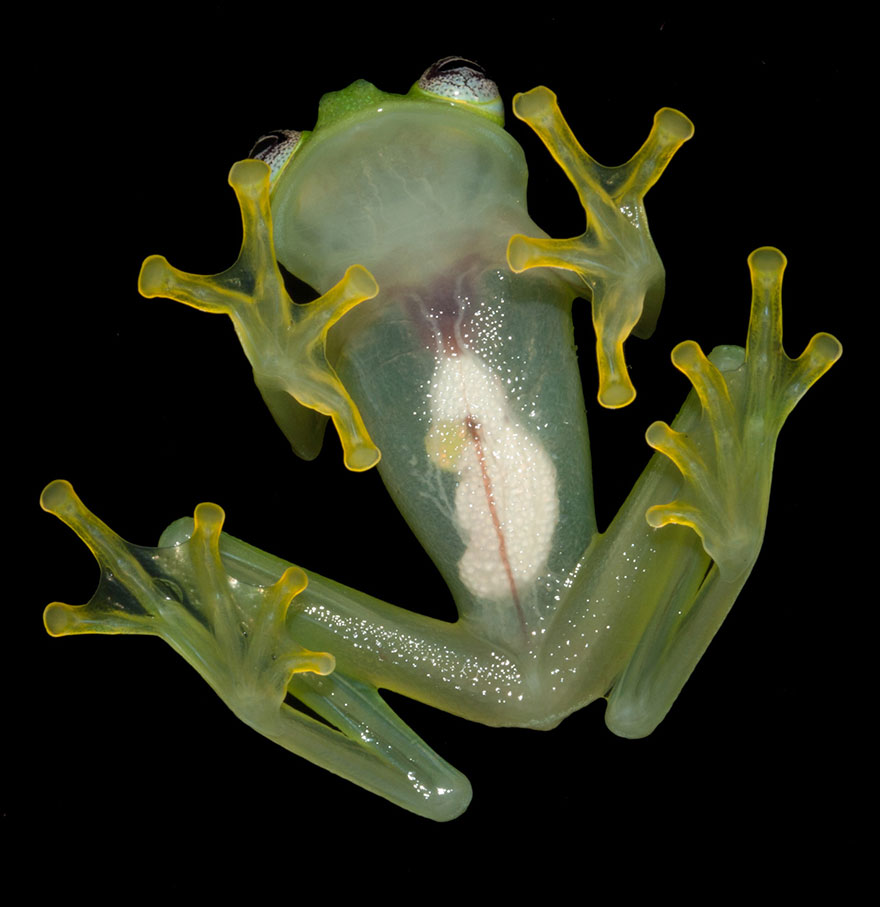 One of the characteristics that sets the new species apart from other glass frogs is the advertisement call males use to attract females. The researchers recorded this frog call in the field and found that it consists of “a single tonal long metallic whistle-like note,” according to a description of the new species published earlier this year in the journal Zootaxa. Study leader Brian Kubicki told CBS News that this frog “sounds more like an insect than most other frogs,” which might be why it went unnoticed for so long. DNA tests also proved the frog species was separate from its closest cousin, Hyalinobatrachium chirripoi, the researchers wrote. The scientists picked the species name dianae as an ode to Janet Diana Kubicki, the mother of study leader Kubicki, and as an allusion to Diana, the mountain-loving Roman goddess of the hunt and wild animals. 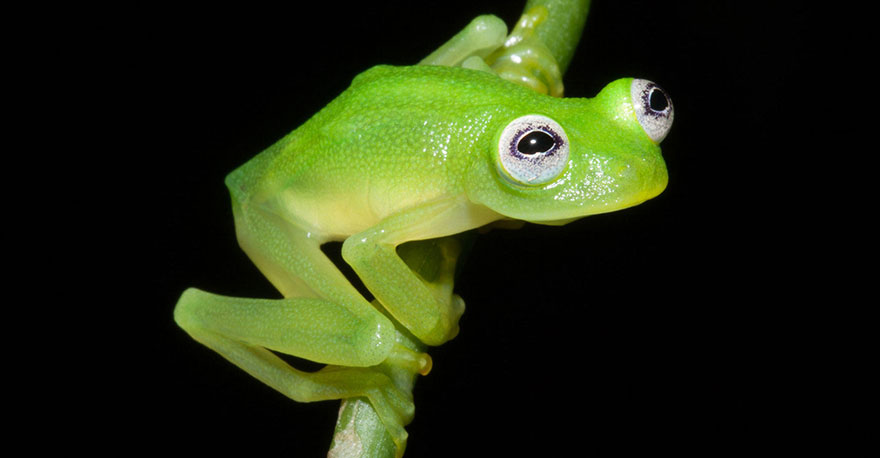 Only six specimens were collected from sites in Costa Rica’s Caribbean foothills, at elevations between 1,300 and 2,950 feet (400 and 900 meters) above sea level. Kubicki and his colleagues wrote that the frog’s habitat lies mostly in protected conservation areas with few roads, so it’s unlikely that human development will pose a major threat to the species in the future. But frogs around the world have been hit by climate change and infectious disease, and it’s unclear how these threats could affect H. dianae, the authors wrote. 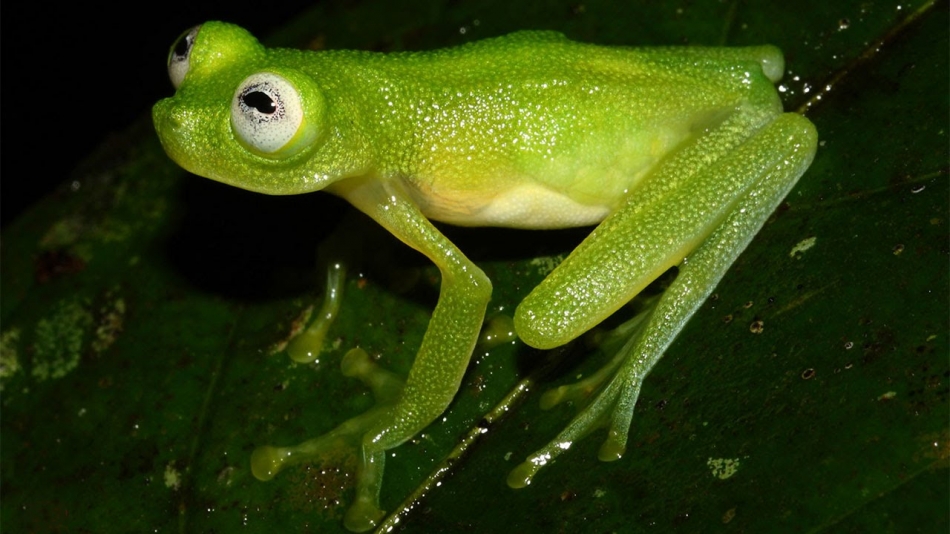 H. dianae has made headlines for its resemblance to Kermit the Frog, which Kubicki doesn’t mind. “Prior to the media making the link between Hyalinobatrachium dianae and Kermit the frog I had no thought about the resemblance, but I can see where they came up with this idea that has created such a sensation with this newly described species,” Kubicki told Live Science. “I am glad that this species has ended up getting so much international attention, and in doing so it is highlighting the amazing amphibians that are native to Costa Rica and the need to continue exploring and studying the country’s amazing tropical forests.” Editor’s Note: This article was updated to include comments from the lead researcher.