In the wild, orangutan fathers play no direct role in the upbringing of their offspring. Meanwhile, the bond between an orangutan mother who raises her offspring single-handedly and her child is thought to be one of the strongest in nature. In fact, orangutan moms invest more time in each offspring than any other known mammal. 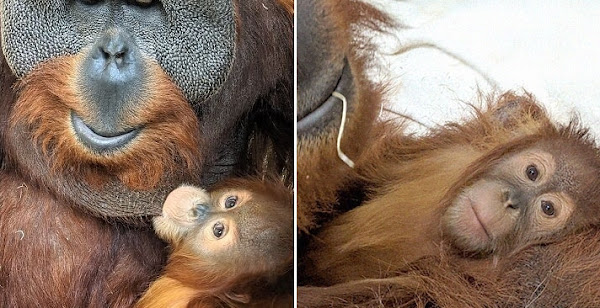 But 2-year-old orangutan Cerah was left by herself after her mom unexpectedly died last month at the Denver Zoo. And to the complete surprise of the staff members, Cerah’s dad Berani stepped up to undertake the unusual job on his own—raising his daughter as the best dad he could be.

“Cerah couldn’t have asked for a better dad. Berani is so attentive and protective of her, seeing all her needs,” the zookeepers said in a Facebook post shared two days ago.

And the heartwarming pictures of the dad and daughter snuggling speak louder than any words. They prove that love creates miracles, it heals and creates a one-of-a-kind bond that otherwise wouldn’t have been there.

After 2-year-old Cerah became motherless, her dad Berani stepped up to take care of her, which is not typical of male orangutans Orangutans are among the most intelligent primates. They use a variety of sophisticated tools and construct elaborate sleeping nests each night from branches and foliage. 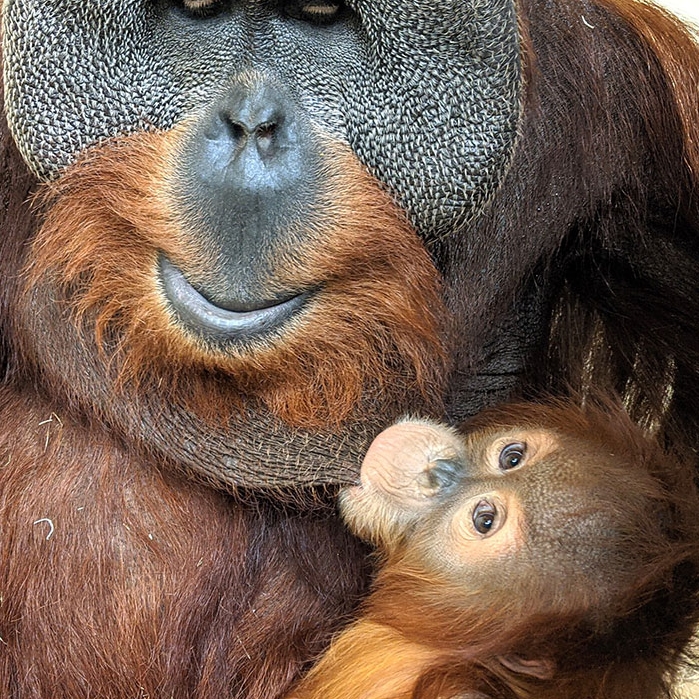 The apes’ learning abilities have been studied extensively. There may be distinctive cultures within populations. Orangutans have been featured in literature and art since at least the 18th century, particularly in works which comment on human society. Field studies of the apes were pioneered by primatologist Birutė Galdikas and they have been kept in captive facilities around the world since at least the early 19th century.

All three orangutan species are considered critically endangered. Human activities have caused severe declines in populations and ranges. Threats to wild orangutan populations include poaching, habitat destruction because of palm oil cultivation, and the illegal pet trade. Several conservation and rehabilitation organisations are dedicated to the survival of orangutans in the wild. 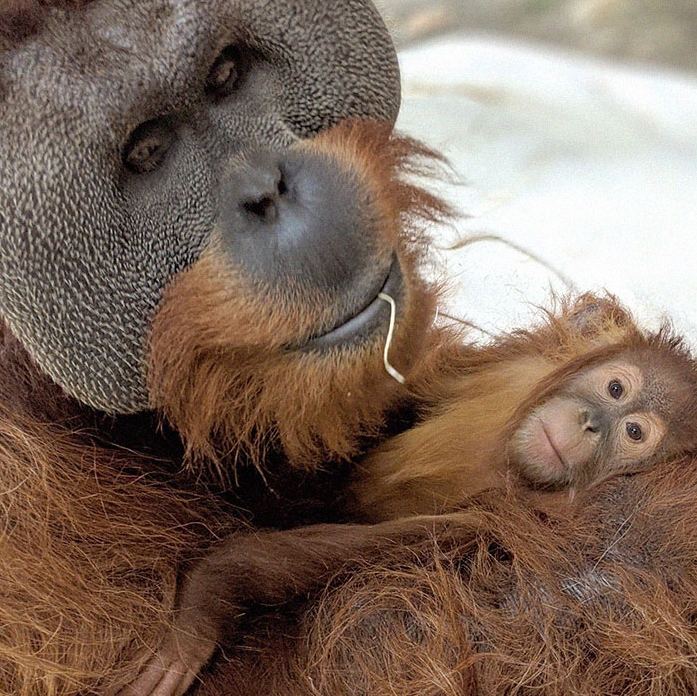