Meet The Amazing Looking Mountain Wolf (The Dhole) From Asia

The dhole (Cuon alpinus) is a canid native to Central, South and Southeast Asia. Other English names for the species include Asiatic wild dog, Indian wild dog, whistling dog, red wolf (not to be confused with Canis rufus), red dog, and mountain wolf. 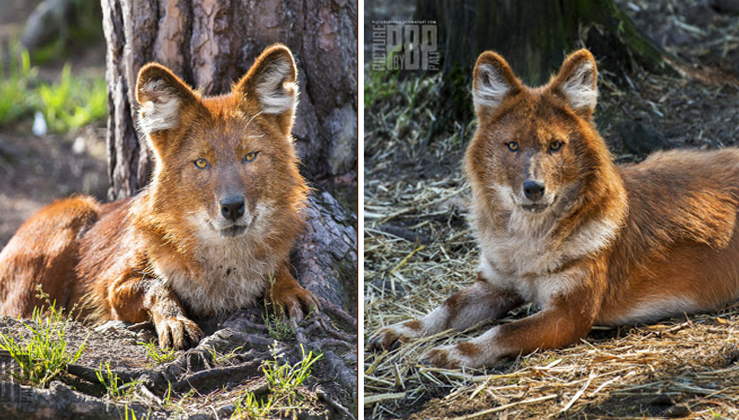 The dhole is a canid native to Central, South and Southeast Asia. Dholes are found from Siberia in the north to the Malay Peninsula in the south. They like open spaces and can often be found on jungle roads, river beds, jungle clearings, and paths, where they rest during the day. Dholes can also be found in dense forest steppes, and the thick jungles of the plains as well as the hills. The lifespan of dhole is about 10 years in the wild and up to 16 years in captivity. The dhole is an average size canine with head/body length 90 cm (35 in), tail length 40 to 45 cm (16 to 18 in), and shoulder height 50 cm (20 in). 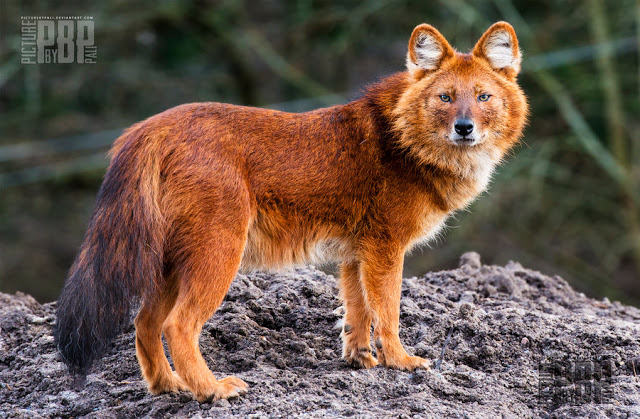 Adult females can weigh from 10 to 17 kg (22 to 37 lb), while the slightly larger male may weigh from 15 to 21 kg (33 to 46 lb). The dhole is characterized by a broad skull and a short, broad muzzle. The fur on the back and flanks is reddish brown, while the neck, chest and undersides are white or lightly coloured. 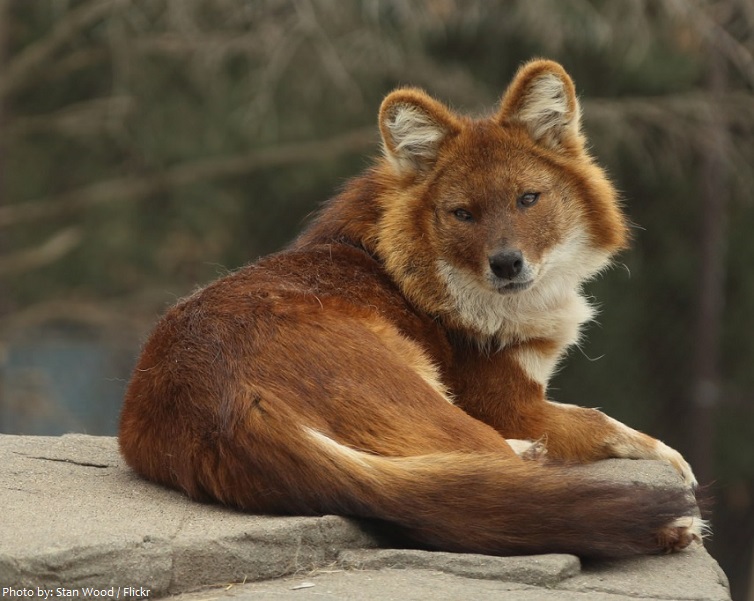 In appearance, the dhole has been variously described as combining the physical characteristics of the grey wolf and red fox, and as being “cat-like” on account of its long backbone and slender limbs. The dhole is a highly social animal, living in large clans without rigid dominance hierarchies and containing multiple breeding females. Such clans usually consist of 12 individuals, but groups of over 40 are known. 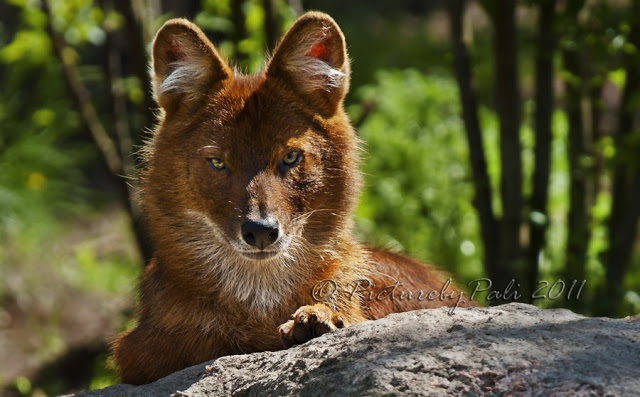 Dholes are great communicators and use an eerie whistle to communicate with each other. They also use a variety of other noises, including clucks and high-pitched screams that are not found anywhere else in the canid families. The whistling sound the dhole is known for is so distinct, it can be used to identify individual animals. Dholes are incredibly athletic. They are fast runners, excellent swimmers, and impressive jumpers. 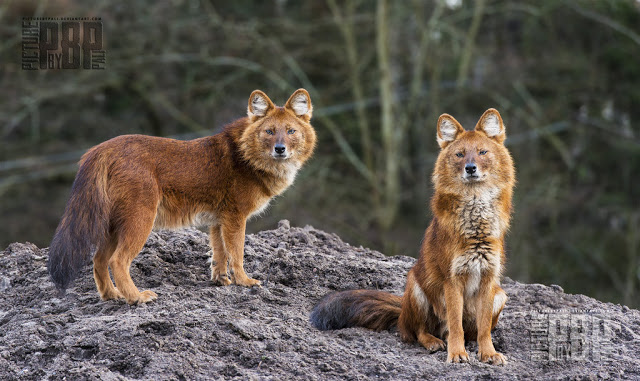 A dhole can jump over 2.1 meters (7 feet) straight up into the air. Dholes prey on hoofed mammals in India, they eat deer, wild pigs, buffalo, and wild goats. In Southeast Asia, dholes feed on deer, gaur, and banteng, and in Siberia, they eat deer, wild sheep, and reindeer. Dholes also eat berries, bugs, lizards, and rabbits and can hunt well on their own if needed. 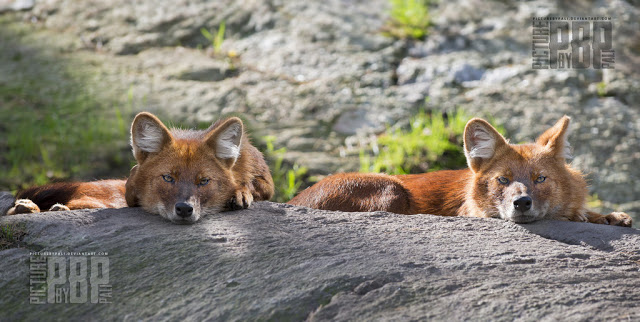 When hunting as a pack, dholes can catch prey over 10 times their own body weight and can even fend off a tiger. Each pack contains a dominant monogamous pair. Subordinate pack members help care for the young of the dominant pair. The dhole’s gestation period is 60-62 days. The mother usually gives birth to eight pups at a time. Pups are born throughout the end of fall, winter, and the first spring months (November,March). 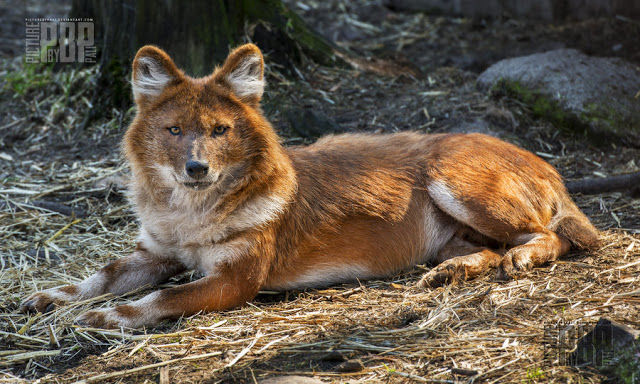 Dens are constructed near streambeds or among rocks. After a female dhole has given birth, a few other adults take part in feeding the mother as well as the pups. The pups, as early as the tender age of three weeks, and the mother are fed regurgitated meat. 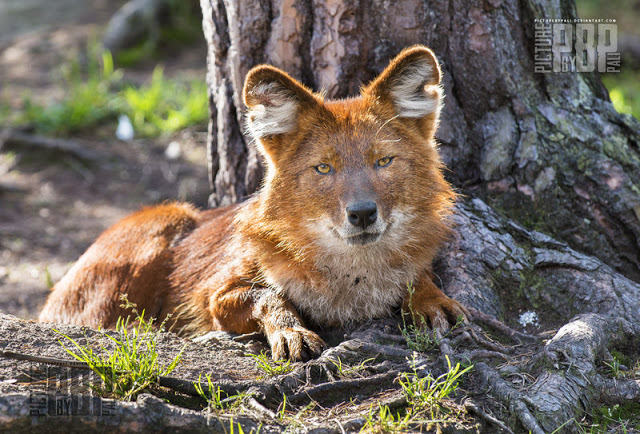 The dhole is listed as Endangered by the IUCN as populations are decreasing and are estimated at fewer than 2,500 adults. Factors contributing to this decline include habitat loss, loss of prey, competition with other species, persecution due to livestock predation and disease transfer from domestic dogs. During the Pleistocene, the dhole ranged throughout Asia, Europe and North America but became restricted to its historical range 12,000 to 18,000 years ago. 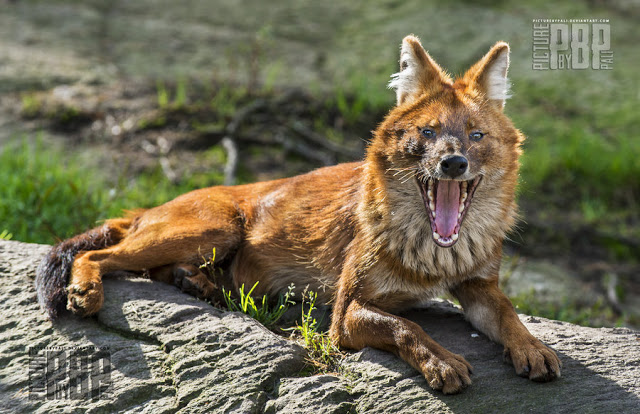 Other English names for the species include Asiatic wild dog, Indian wild dog, whistling dog, red dog, and mountain wolf. In 2016, the Korean company Sooam Biotech was reported to be attempting to clone the dhole using dogs as surrogate mothers to help conserve the species. Three dhole-like animals are featured on the coping stone of the Bharhut stupa dating from 100 BC. They are shown waiting by a tree, with a woman or spirit trapped up it, a scene reminiscent of dholes treeing tigers.