Monkey Sharpens Rock and Tries to Break Free From Zoo

How would you feel if we locked you in a cage, stole your freedoms, and continued this treatment against all those like you on a mass scale? Would you like it? 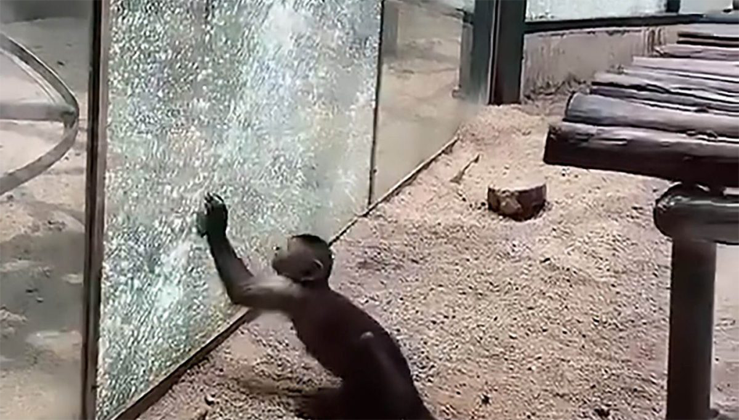 If the answer is no, then contemplate the reasons why while viewing the video of a monkey smashing its enclosure below.Video footage was captured in Zhengzhou zoo, China, of a Colombian white-faced capuchin using a rock to smash through its glass enclosure 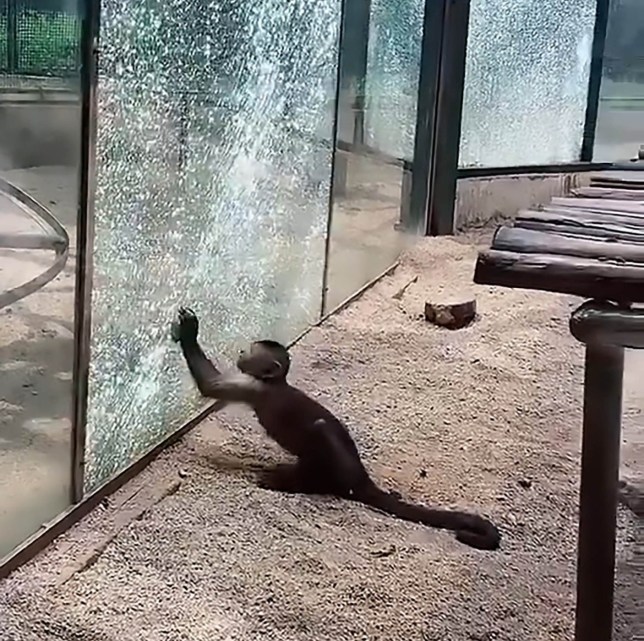 The incident took place August 20, 2019 and provokes the principles surrounding animals housed in captivity. Was the monkey trying to escape?The shattered glass surprised the little guy, but why else would he go to such lengths if freedom wasn’t on his mind? The video shows the monkey with a sharpened rock in its hand, examining the glass before striking it multiple times 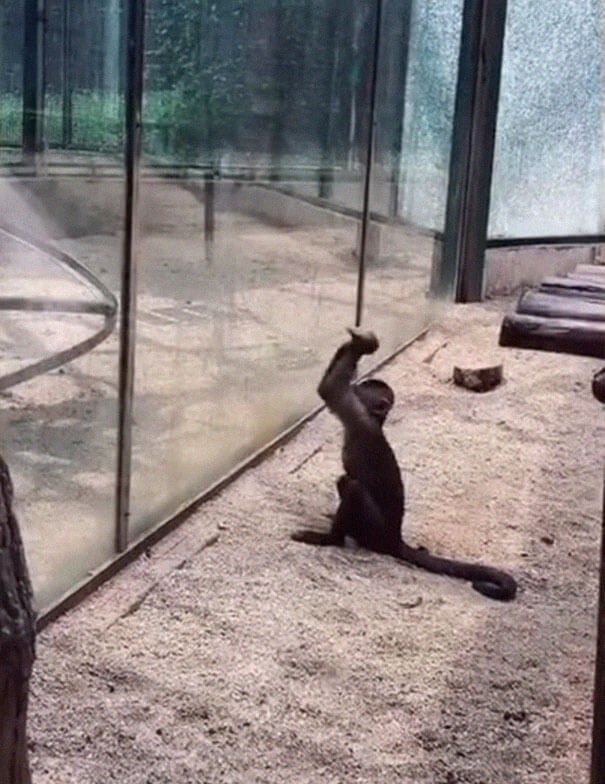 A bystander watching the event unfold told Metro UK that the monkey was sharpening the rock prior to the attempted escape.”The monkey was sharpening the stone, then it started hitting it on the glass. The monkey scared itself away, but it came back to take another look and even touched it,” Mr Wang said. Zhengzhou zoo staff member Tian Shuliao confirmed the monkey knows how to use tools and has done so before: “This monkey is unlike other monkeys.This one knows how to use tools to break walnuts. When we feed walnuts to other monkeys, they only know to bite it. 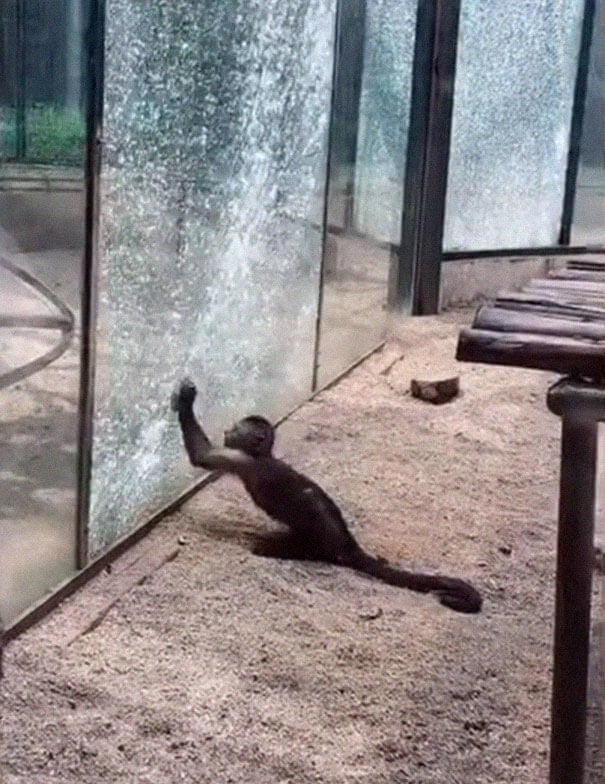 But it had never hit the glass before though. This is the first time. It’s toughened glass, so it would never have got out. After it happened, we picked up all the rocks and took away all its ‘weapons’.”The reality of it all: Human intervention is sometimes necessary to help animals survive. We see many examples of this across the world; sanctuaries are designed to provide expansive and safe environments for the animals to thrive in.But how often is it the case that the sanctuaries arise from continual animal abuse and murder?The monkey in the video is not for entertainment value, and nor should we should use any animal in such a way if we’re to call ourselves humane

The monkey perhaps doesn’t want to be in captivity and found an intelligent way to control his fate. He is exercising his right to his autonomy.This video is self-evident and demands our attention. If we’re to call ourselves the intelligent species, then maybe it’s time to review our belief systems in relation to our natural world