Nearly 300.000 Cigarette Butts Collected In Brussels By Volunteers, In Only 3 Hours

While the world focuses on the menace of plastic straws, there has been another contender that is creeping up everywhere on our planet. Yes, plastic straws are awful and the corporations and other organizations banning it are absolutely right. But did you know that cigarette butts are actually the most polluting man-made pollutant in our oceans? As per reports, it turns out to be true. 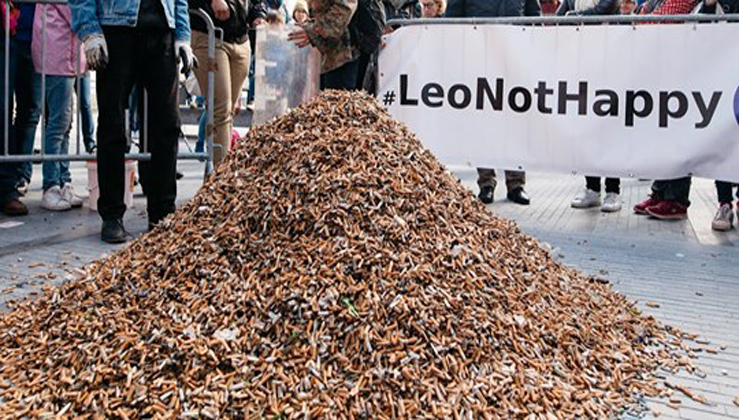 Yes, our vast focus and energy are somewhat focused just into one thing. Cigarettes should be the next thing to see more widespread bans and there needs to be more awareness about their awful effect on nature. On 22nd April in Brussels, volunteers collected about 120,000 cigarette butts. Almost all smokers just dispose of them anywhere and everywhere. Under a tree, into the drains, or just about anywhere onto the road. This minute gesture definitely seems to bear no consequence. But studies show that the cigarette butt-flicking habit is causing alarm among both human and animal population 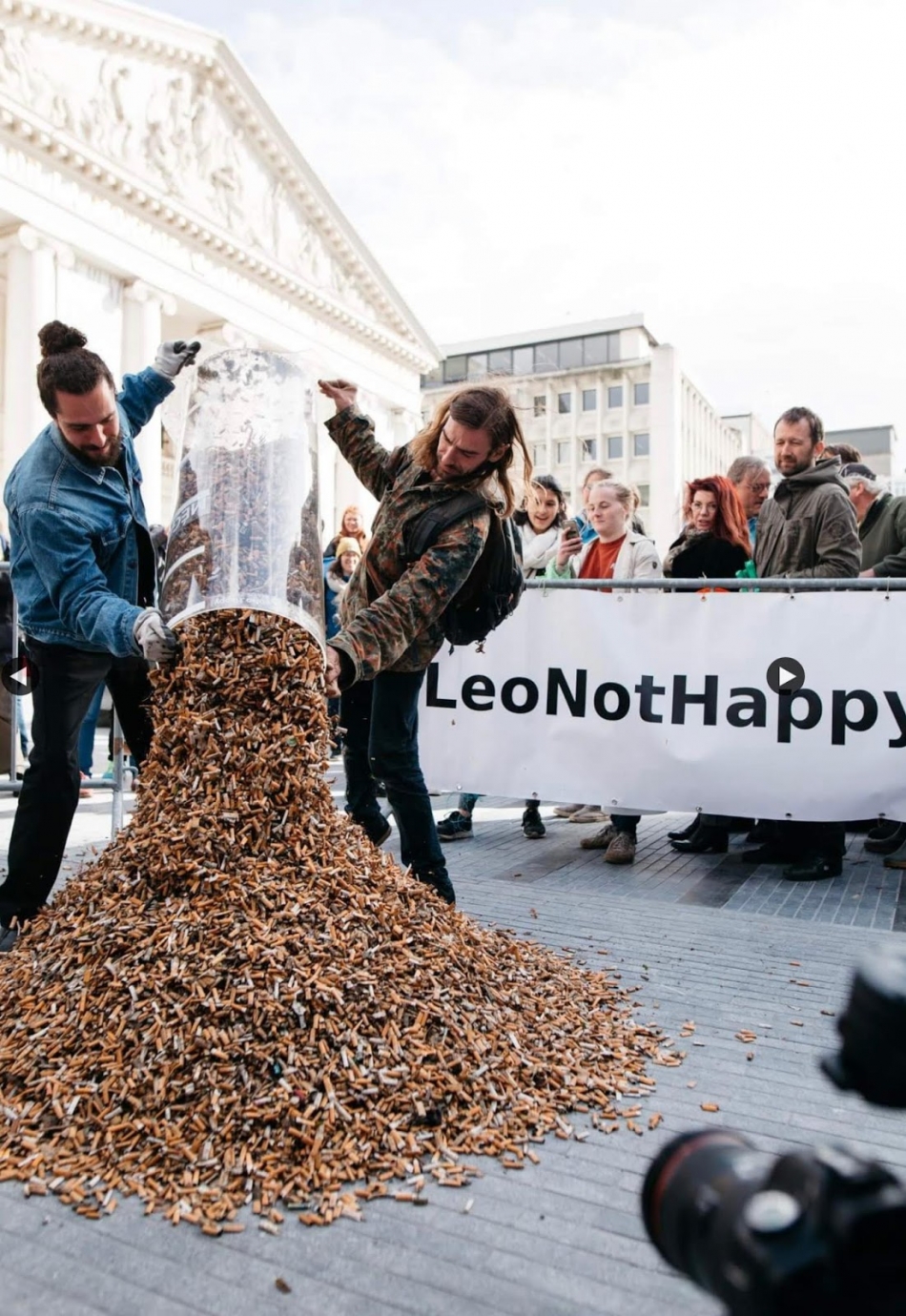 Contrary to popular belief, cigarette butts contain plastic – cellulose acetate. They also contain about 4000 other chemicals, none of which are biodegradable. These minute pieces of waste can contaminate vast amounts of water, even 500 liters of it! They make up the very first waste product that is found in our environments. To every smoker out there, try to do your bit and carry a mini-ashtray or just dispose the butt into the trash can. Our planet is not your universal ashtray. In recent times, major corporations, environmental groups, and even parts of countries have joined the anti-plastic-straw movements. Major global corporations from Starbucks to McDonald’s and hotel chains like Hyatt to Marriott have introduced bans for plastic straws 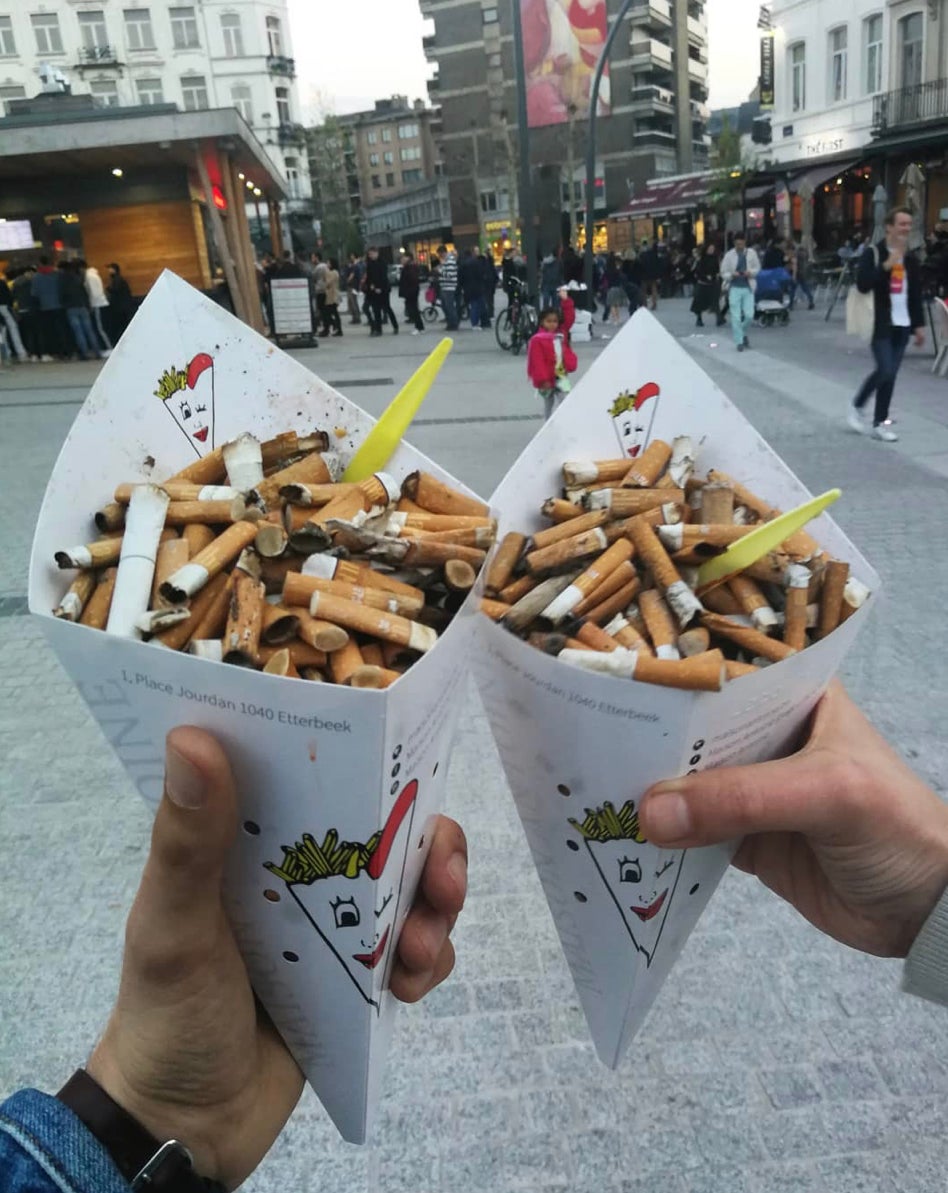 Cigarettes have taken over the planet like wildfire and are present in practically every space imaginable. But Government regulation or any kind of regulation to their disposal has not seen any discussion on it. This, in turn, means that untraceable amounts of cigarette butts make their way into our oceans. Fortunately enough, there are quite a few organizations and people who are striving to bring light to this matter. One initiative, in particular, the Cigarette Butt Pollution Project, is looking to get cigarette butts banned. They are manufactured using cellulose acetate, which is a plastic type that takes 10 years to biodegrade 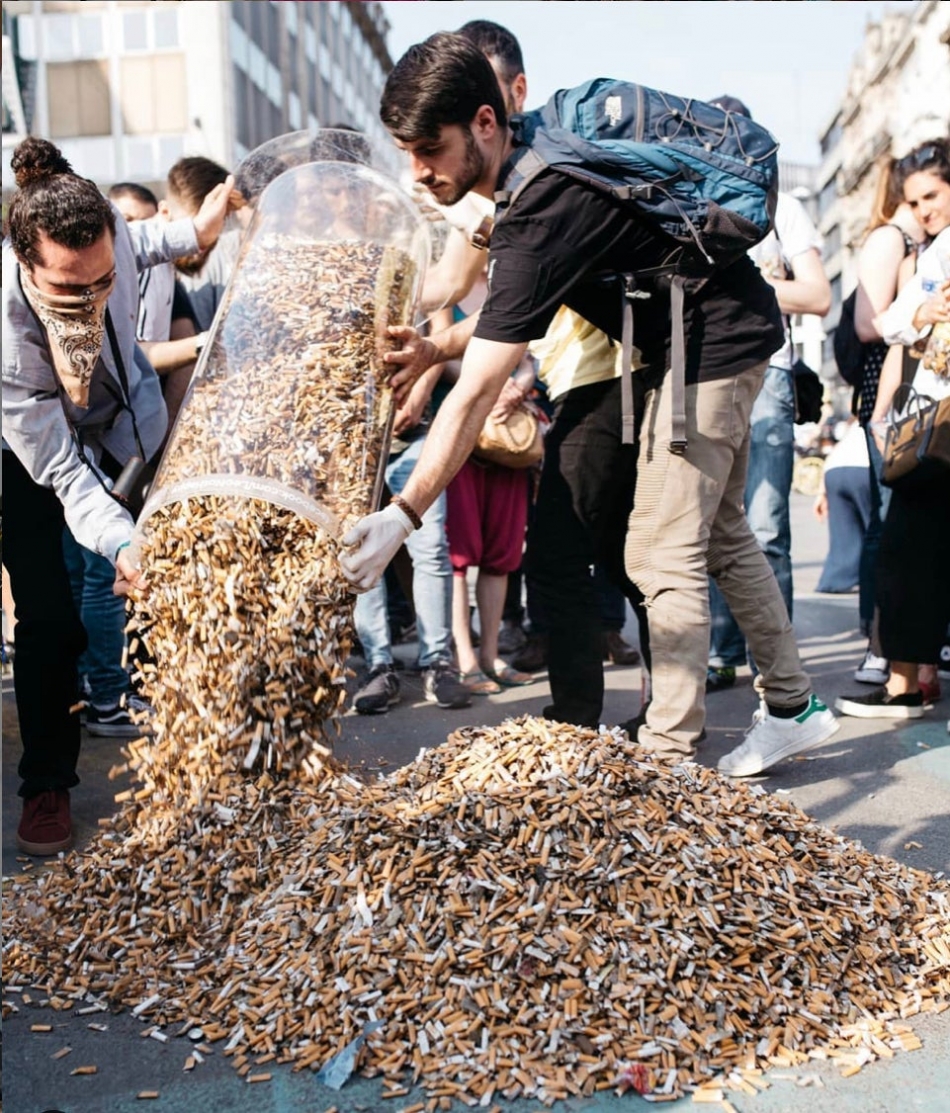 There are over 5.6 trillion cigarettes manufactured in a year with these toxic filters. But the majority of them are dumped absolutely irresponsibly. Another initiative called the Ocean Conservancy sponsors the cleanup of one shoreline each year ever since 1986. During each cleanup during the past 32 years, cigarette butts are the item which is collected the most. Over 60 million of them have been collected from the beaches on the planet. All of those butts can account for 1/3rd of all the collected waste such as wrappers, bottle caps, containers, bottles, and eating utensils, all combined. More often than not, people just carelessly dump their trash on the beach and it ends up in our oceans. This waste then ends up in the wildlife as Microplastics. The discarded cigarette filters contain several hundred or even thousands of artificial chemical compounds. Not to forget, they are also made using synthetic fibers.