Due to habitat loss, there are only 300 Raffles banded langurs left in the world. The banded langur or banded leaf monkey is a small black primate with a distinctive white stripe on its underside. Once common in the tropical jungles of Singapore, Indonesia and the Malay Peninsula, these langurs are classified as “near threatened” with their numbers decreasing, according to the International Union for Conservation of Nature (IUCN) Red List. 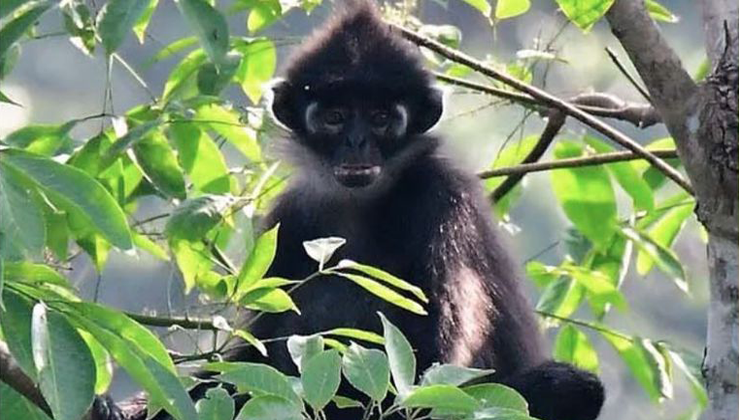 For more than a century, scientists considered the monkeys to be a single species, but new research published in Scientific Reports suggests there are actually three distinct species. And two of the newly identified species now qualify as critically endangered. Raffles banded langurs were identified in southern Malaysia and Singapore in 1838 and classified as a subspecies of banded langurs, Presbytis femoralis. East Sumatran and Robinson’s banded langurs were identified as subspecies decades later. All three langurs are mostly black with small differences in the locations of their white markings. While studying Raffles banded langurs, primatologist Andie Ang suspected the monkeys were a separate species. “Just looking at its morphology and the descriptions of it made in the past, it seemed like they were a different species, but I didn’t have any information to support that,” Ang, lead author of the study, told National Geographic. 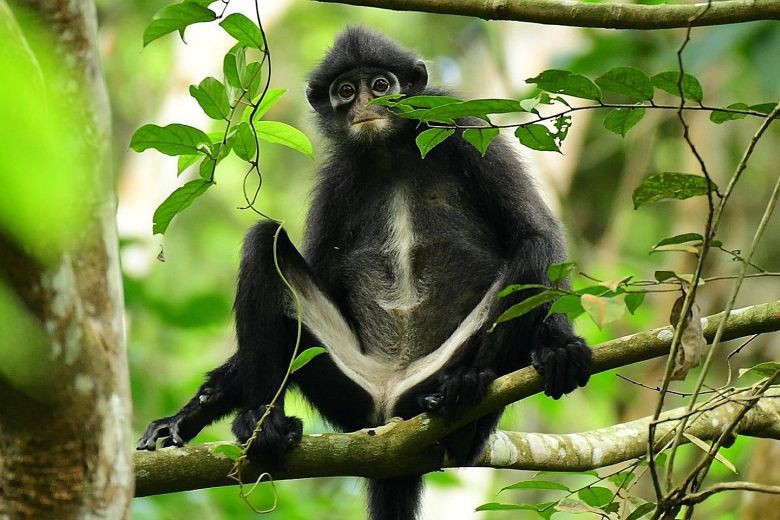 Langurs are skittish and hard to study, spending most of their time high in the trees. So Ang and a team of researchers had to turn to the ground instead, focusing on the animals’ scat. It was a tedious process as they often had to wait for hours in order to collect samples. “Sometimes we’d go the whole day and they didn’t poop, or we couldn’t find the poop because the forest floor looked exactly like the poop we’re looking for,” Ang says. “Or sometimes the flies and dung beetles would get there before us.” 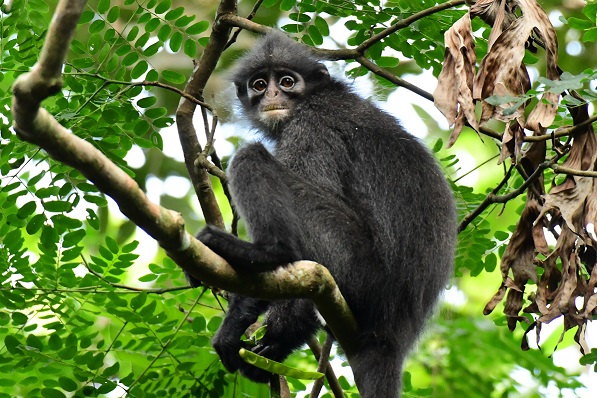 Once they had collected enough samples, they were able to process genetic data, comparing DNA information among the langurs they found and to a database of other langurs. They believe that the three subspecies “diverged well before the Pleistocene” at least 2.5 million years ago and aren’t even closely related. Researchers urge that the new findings prompt reclassification of two of the species Raffles banded langurs (Presbytis femoralis) and East Sumatran banded langur (Presbytis percura) to critically endangered. 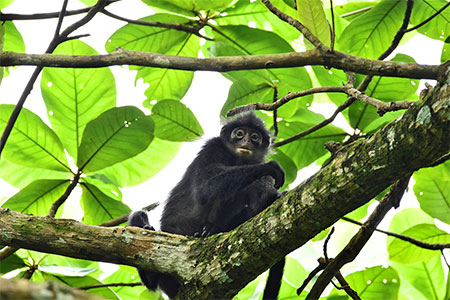 Due to habitat loss, especially from large-scale palm plantations, it’s estimated that there are only about 300 Raffles banded langurs left in the world, including 60 in Singapore. Similarly, the population of East Sumatran banded langurs has decreased by more than 80% over the last three generations since 1989 due to deforestation. The Robinson’s banded langur (Presbytis robinsoni) faces many of the same challenges from habitat loss but has a wider range and is classified as “near threatened” by the IUCN. Having a species label, versus a subspecies classification, sometimes can be useful for conservation efforts, drawing more attention to the animal. “We want this paper to encourage more research on these totally different species of monkeys in Asia,” Ang says. “There’s definitely a lot more diversity out there than we know of – and if we don’t know about it, we risk losing it.”