Just when you thought you have seen enough, a beautiful story like this rises. As we all heard of some really unlikely connections between animals of different species, this one is definitely above all. 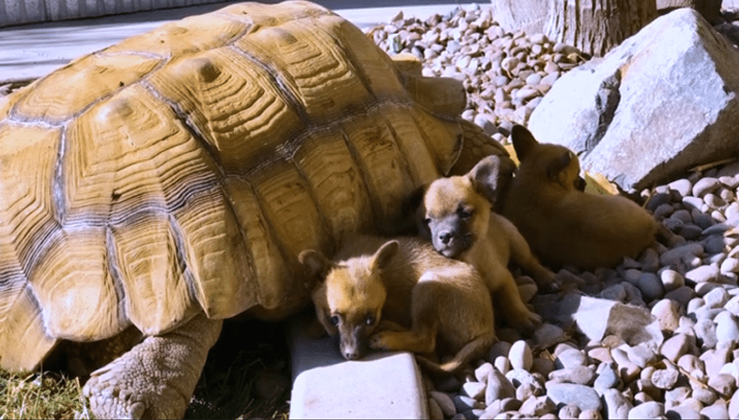 It all started when a man in Corona, California found four newborn puppies on his property. First he was looking for their mom, but since it has been a while and she haven’t returned, the man decided to help them out. So he took them in a box and went out to search a new home for the little ones.The next stop was at 2nd Chances Rescue, an animal shelter. Here, on of the volunteers, Andrea decided to take the puppies into her home as they were too young to be adopted. Only here, the pups were about to meet someone who will take care of them. And it’s not a dog, or a human as you may thought, but a giant tortoise, called Goliath. 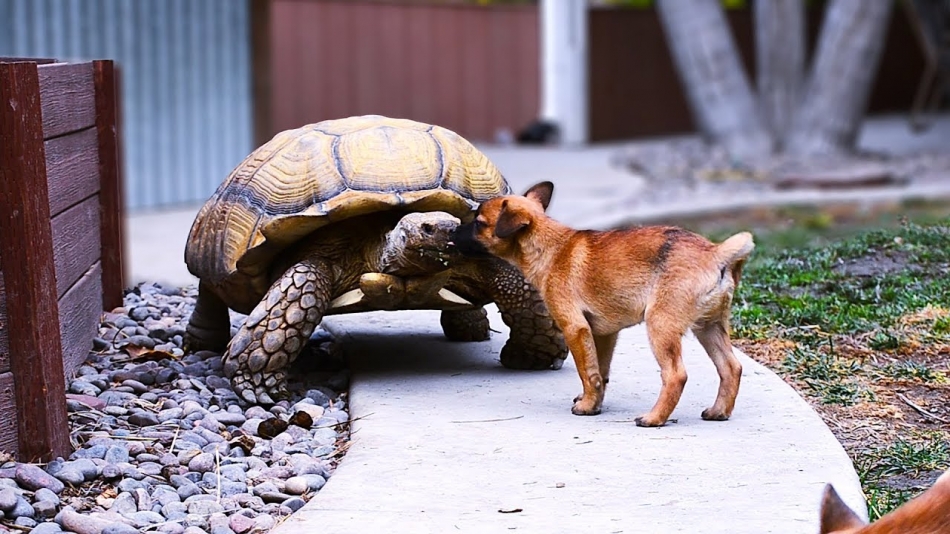 Also rescued, Goliath lives with Andrea ever since and the two share a lovely connection. Therefore, the shelter volunteer thought it might be a great idea to introduce the new family members to the 80 pounds tortoise. And since Goliath is nothing but a gentle giant, between him and the four little fluffy balls, a strong, forever bond was about to get born. 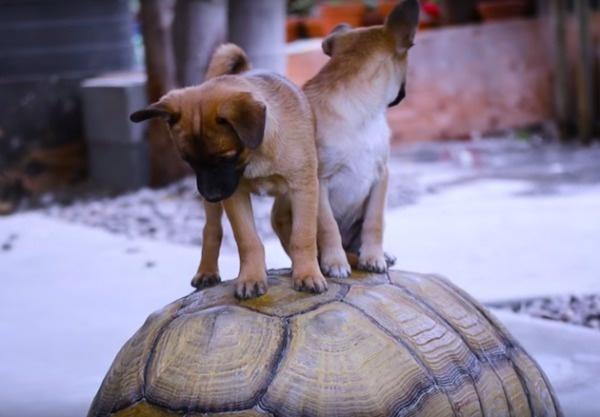 However, Andrea wasn’t sure the things would go in the right direction so in the first days she thought Goliath will be reluctant with the pups. Therefore she get really panicked when one day she could not find the puppies, only to spot them inside the Goliath’s private hutch. Then was when she realized the unusual tortoise-dog pair will be inseparable.It is so glad to see the abandoned puppies the found comfort in Goliath whose offering them the love they actually need. Andrea said she’ll keep them all since they’re so happy and they spend all they long playing with their best buddy, Goliath. 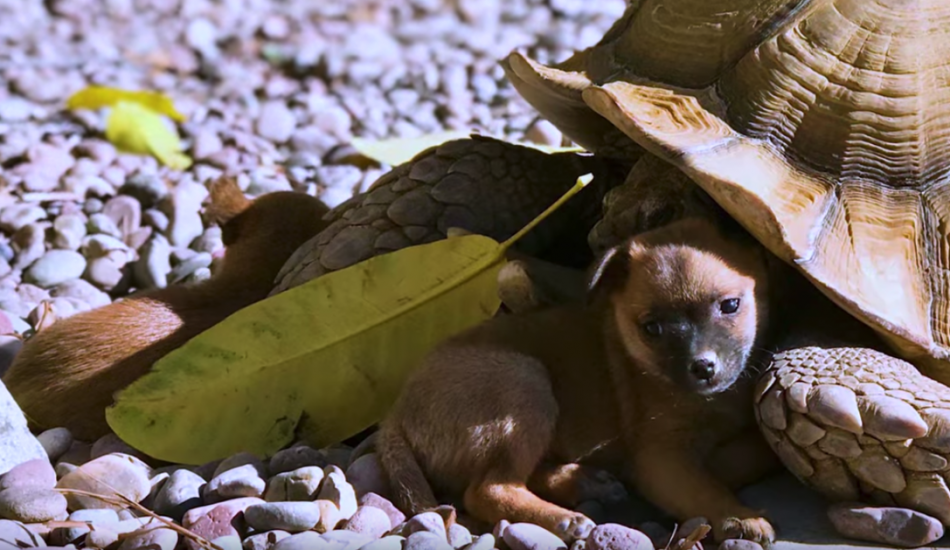 Lately, we get used to see the man’s best friend finding comfort and friendship in different species, as this puppy who was adopted by a goose after it abandoned on the streets. Maybe we should all be aware of the animals’ compassion for each other, regardless the species. Because we still have a lot to learn from them.