In December of 2016 a kid with his mother decided to go for a walk through Sacramento’s local park. As they were walking, they spotted two tiny trembling puppies abandoned on a blanket. They seemed dirty, weak and covered in abrasions. 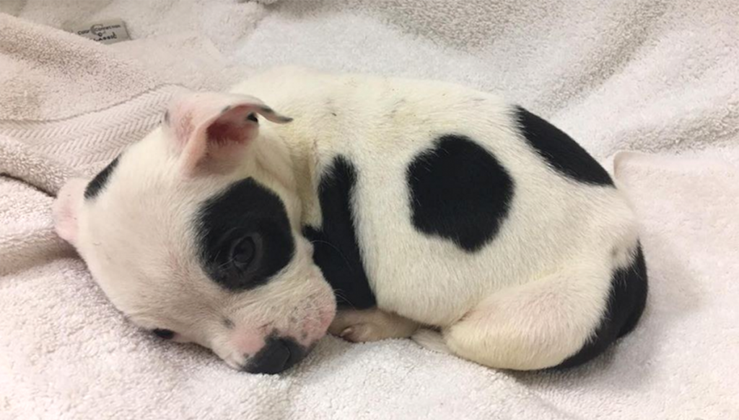 A tiny puppy was found thrown out like trash on a wet blanket near the park and was rushed to the Sacramento SPCA immediately. The poor little thing was abandoned because he’s a little different; something’s wrong with part of his brain, a condition called cerebellar hypoplasia. But he would go on to find a family to love him exactly the way he is. 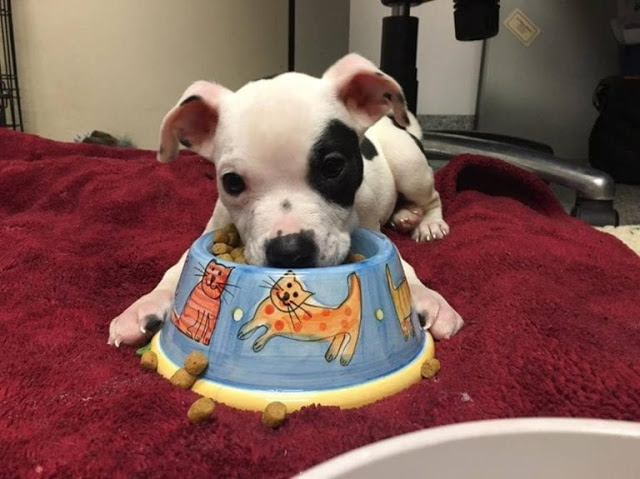 The mother with her son took the puppies over to the Sacramento SPCA, but sadly one of the puppies passed away soon after arriving at the shelter. The other puppy, Petey, was freezing cold and struggling to survive. But Petey kept fighting, and soon, he was on the mend. As Petey started to recover, shelter’s vet realized there was something different about him. The puppy seemed to be very uncoordinated, and he had trouble eating. After running some tests, they realized he had cerebellar hypoplasia, which was affecting Petey’s fine motor skills. Because he had this disorder, pup wasn’t able to walk very quickly, and he often fell over when he stood up. 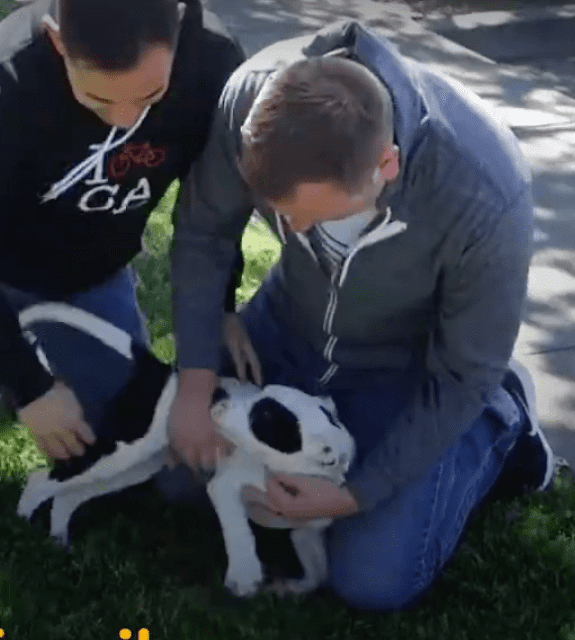 The staff at the Sacramento SPCA were determined to help Petey, and so the pup started going to physical therapy every day. Slowly but surely, the pup began getting steadier on his feet. Soon, Petey made a major breakthrough: he was able to eat on his own. The Sacramento SPCA shared an adorable video of Petey on their Facebook page. The video shows Petey playing with one of his toys and having a blast. 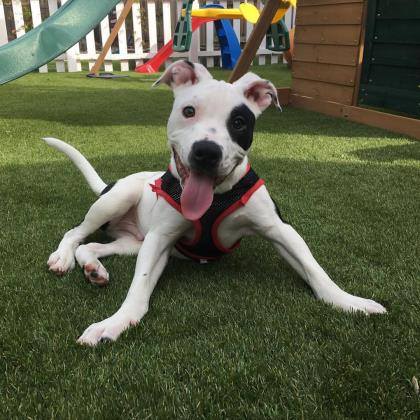 Once Petey was feeling better, he went to stay in a foster home. His foster mom loved him, and she found a good way to keep him safe while he was playing. She put Petey in an inflatable pool—that way, if he hit his head it wouldn’t hurt. The plan worked great until Petey bit a hole in the pool. In January 2017, the Sacramento SPCA announced that Petey was ready to be adopted. The shelter explained that Petey would need a special home with parents who were patient with him: “This 2 month old Bully mix has cerebellar hypoplasia. What does that mean? Well, he’s not super coordinated and it takes him awhile to get where he needs to go. This condition is permanent, but animals tend to learn to compensate over time. He’ll need a home that can keep him safe and secure and willing to go the distance.” The shelter received lots of applications, and soon, they found the right forever home for Petey with a kind couple. They loved him from the first moment they met each other.