Rare Footage Of A Sea Angel Swimming Under The Ice Captured

There are two vastly unexplored areas of the universe. One is of course the deep space which is impossible to be explored completely. However, the second frontier of discovery lies right here on Earth and it’s the deep ocean. Even though many explorers have gone in the deep ocean many times, it’s still one of the most unexplored places for humans. 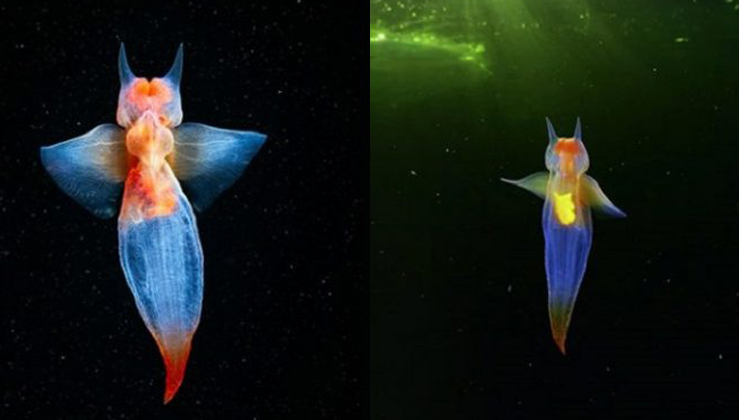 Earth consists of more than 70% of water and the largest body of water is the Pacific Ocean covering up to one-third of the surface of Earth. If you get all of the oceans into one, it’s estimated that its volume will be 0.3 billion cubic miles (1.33 billion cubic kilometers). The average depth of the deep ocean is more than 12,000 feet (more than 3.6000 meters). About 5% of the entirety of the ocean has been already explored and only 5% of the seafloor has been topographically imaged. This leaves 95% of the rest of the ocean to be explored in the future. 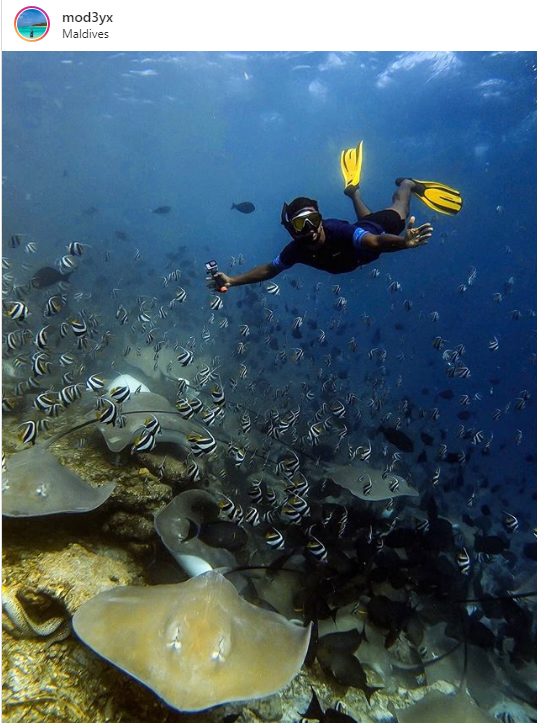 One of the first deep ocean explorers was Don Walsh along with Jacques Piccard who reached the deepest point in 1960. He reached about 35,814 feet (10,916 meters) into Mariana Trench, the deepest point of Earth’s oceans located 200 miles southwest of the Pacific island of Guam. After him, director James Cameron went even deeper into Mariana Trench on March 26, 2012, reaching a depth of 35,787 feet (10,908 meters). The director is most famous for movies such as The Titanic and Avatar and he used a specially designed submarine to descent almost 7 miles down Mariana Tench. 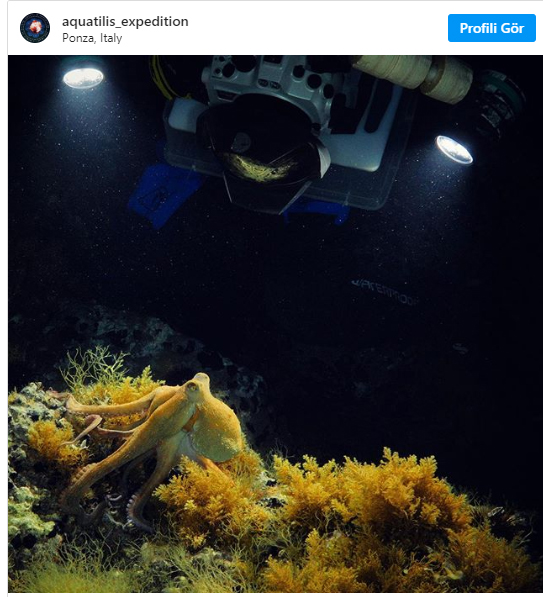 The most that a human has gone underwater is Victor Vescovo in May 2019. He descended to 35,835 feet (10,927 meters) in a submersible called the DSV Limiting Factor. It took Vescovo 3.5-4 hours to reach this record-breaking depth and what he found under there was amazing. He found plastic pollution on the bottom of the ocean bed which proves that humanity’s pollution will reach anywhere.

There are still lots of unknown parts of the ocean and unknown ocean and sea life that live in these mysterious parts. The secrets of the deep oceans are awaiting us to discover them and hopefully it will happen soon 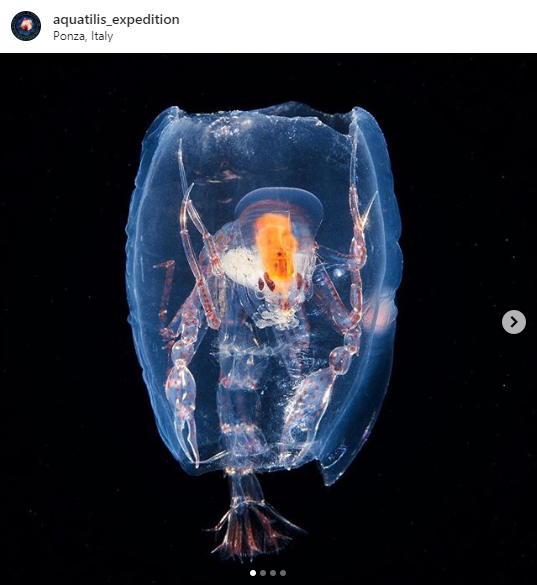 Alexander Semenov is a marine biologist and an underwater photographer. As the head of the diver’s team at Moscow State University’s White Sea Biological Station, Alex is a daredevil and loves to dive and explore the ocean/sea. Every time he dives into the deep ocean/sea, he hopes that he discovers something new. Alex has been a professional underwater photographer for over 10 years. He specializes in scientific macrophotography in natural environments. 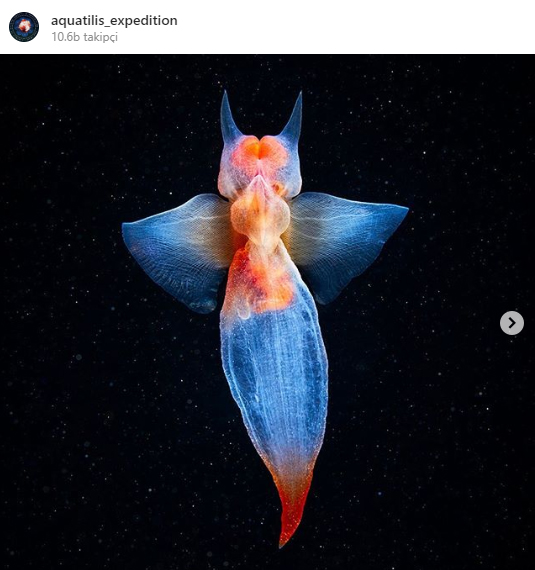 Alex launches a project called Aquatilis which focuses on exploring the most unique and unusual species in the ocean. The Expedition Aquatilis is a 3-year journey in the unknown of the deep. In this expedition, Alex plans on adding satellite broadcasting from distant parts of the world. He also plans on bringing a custom-made remotely-operated underwater robot that has a built-in 4K resolution camera. What he expects from this journey is to bring lots of knowledge that hasn’t been explored yet to the world. Alex aims to study and explore the soft-bodied creatures that swim under the sea or oceans that cannot be studied in laboratory environments. He hopes to inspire others to be involved or practice marine biology. 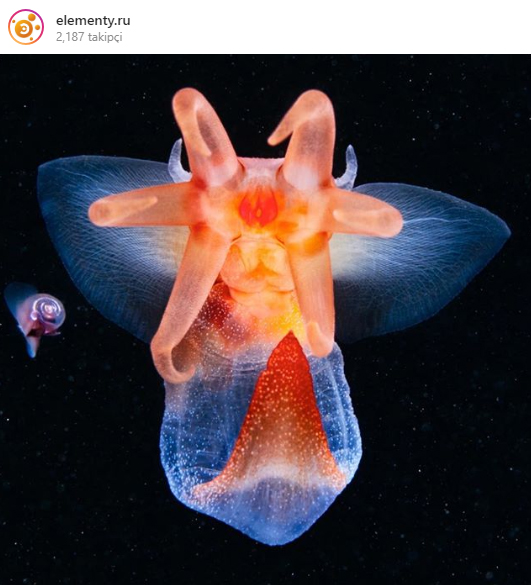 During an expedition dive in last February, Alex encountered one sea angel, known as Clione Limacina. The dive that he made was in the White Sea in the Russian Arctic. The Clione Limacina are small sea slugs that live in polar and tropical seas. These creatures are almost entirely transparent and gelatinous. They have wing-like appendages and coral-pink and yellow glowing internal structure. They got their name from the shape which resembles a snow angel. 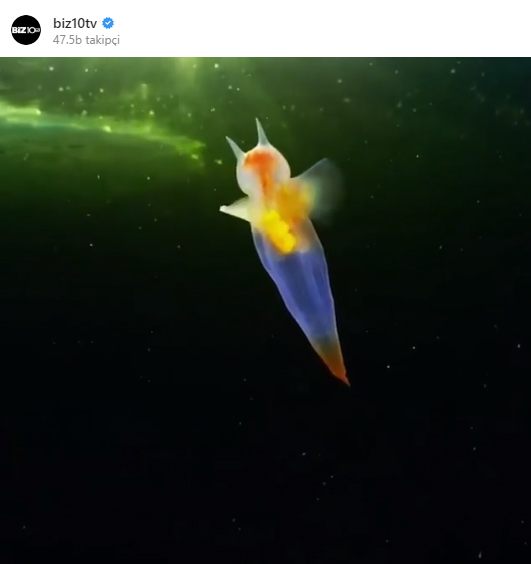 These sea angles are inhabited in the cold waters of the Arctic, subarctic Atlantic, and Pacific oceans. Their usual prey is the sea butterflies (Limacina helicina). Some of these creatures have developed small tentacles that they use to catch their prey and hold them while consuming. Sea angles are protandrous hermaphrodites. This means that they can be both male and female during life cycles. The young sea angels usually start off as males and as they grow up, they develop eggs. The adult or mature sea angels have both spermatozoa and eggs in them. It takes about 1 to 2 years for another generation of them to surface. Sea angels have no external gills and have horn-like mouth organs. There are several subspecies and forms recognized from the sea angles with different shell shapes. This specie can grow up to 4 cm as adults, whereas during their larvae states, they are approximately 0.15 mm.