The red and white giant flying squirrel (Petaurista alborufus) is a species of flying squirrel, endemic to central and southern China as well as Taiwan 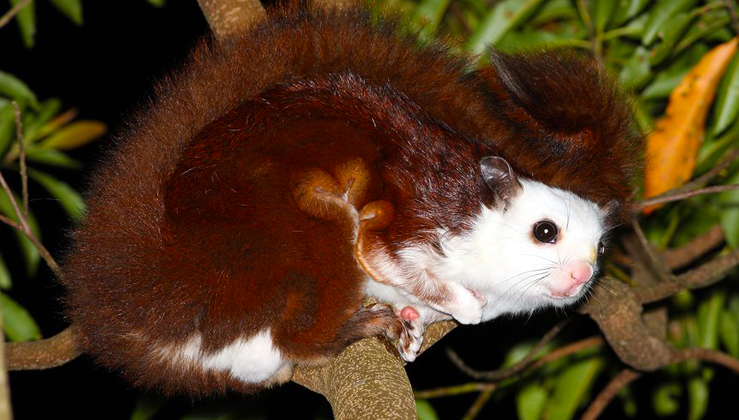 The largest of the giant squirrels, the species measures in at more than 3 ft (0.9 m) from head to tail, with estimates of over a meter long also on the books. They are nocturnal by nature and as such spend their days asleep, emerging at night to forage in the trees, subsisting on a diet primarily consisting of nuts and fruits but also including leafy vegetation, insects and their larvae. They also notable for their blue eyes 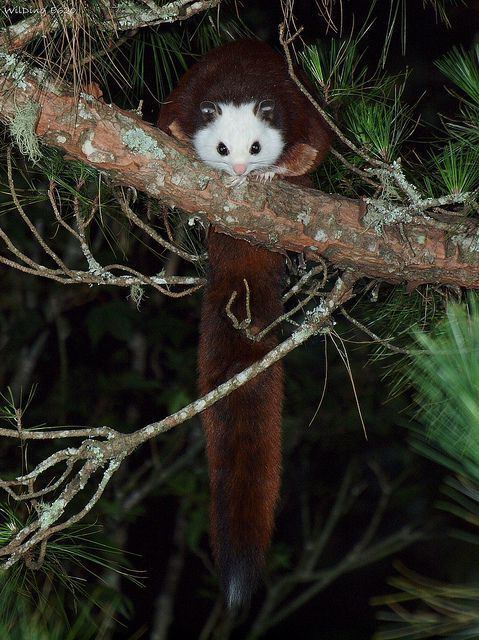 Preferring higher elevations, they can be found within dense mountain and hillside forests, limestone cliffs and conifer forests, where they nest in hollows of high trees. They move between the trees of their ecosystem by gliding by use of a patagium, typically over distances of 10-20 meters although glides of up to 400 meters longer have been observed when they happen to be traveling downhill. 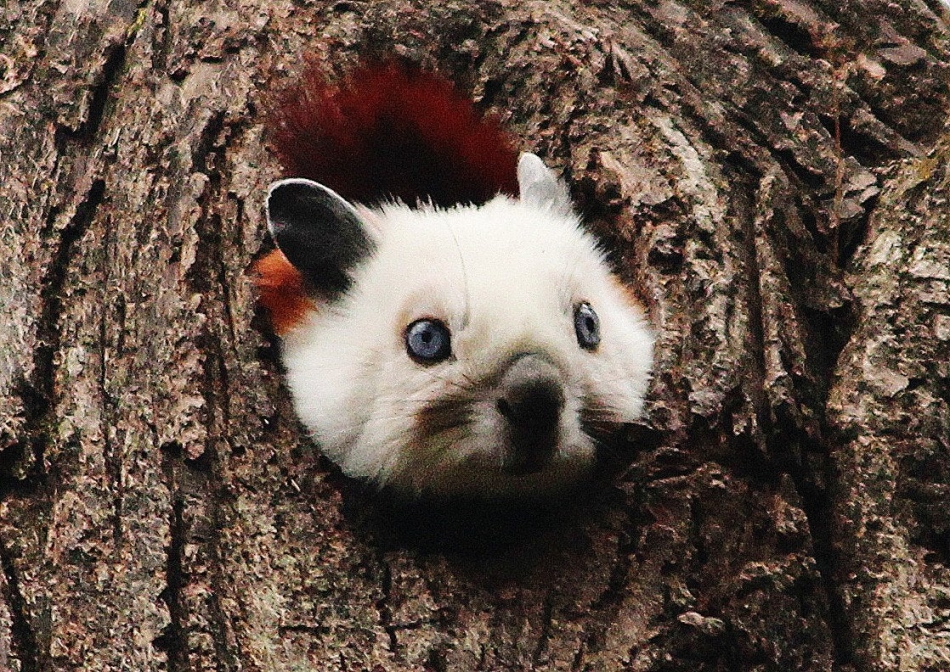 Gliding is accomplished with the help of a parachute-like membrane called a patagium. Before taking off, flying squirrels bob and rotate their heads to gauge the route, and then leap into the air, spreading their patagia between cartilaginous spurs on their wrists and ankles. Small adjustments to these spurs give them some control over their speed and direction 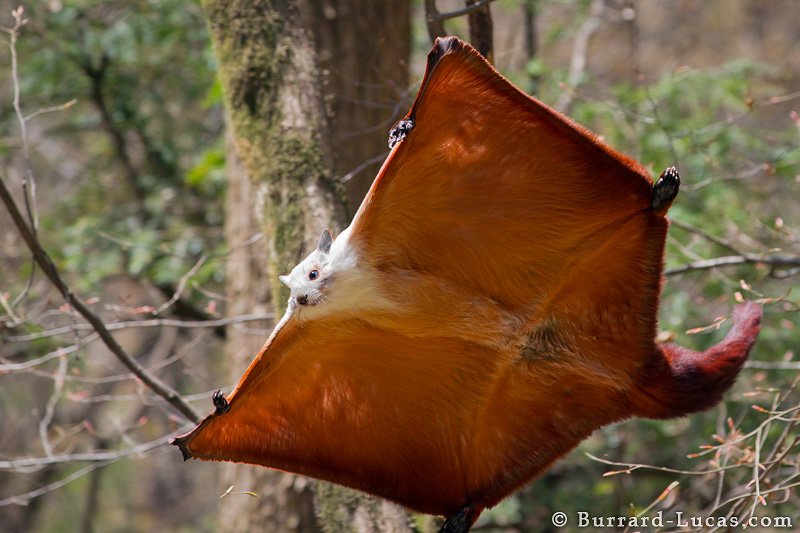 Their flattened tails also aid in steering. As their destination nears, they pull upright, prepare their padded feet to cushion the shock of impact, and ready their sharp claws to grip the bark. Gliding is an efficient way to travel but maneuverability in the air is limited. By keeping nocturnal habits, flying squirrels avoid predation by more skilled fliers, such as hawks and eagles. Owls however, still pose a threat.