While so many people are going through some grim days, self-isolating and staying at home to avoid getting infected with the novel coronavirus and lower the curve, we can all probably agree that it’s really important to have an isolation buddy to keep ourselves sane. For some, it can be a parent, a loved one or a friend on the other end of the line, for some, it’s a beloved pet. And for some lucky ones, it’s a whole zoo 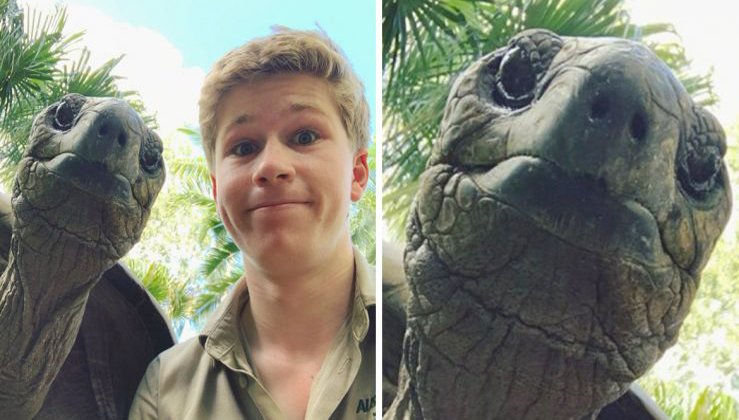 Robert Irwin is the son of Steve Irwin and just like his famous father, he has a deep love for animals. Robert and his family live at the Australia Zoo and spend much of their time working on education, research and animal conservation. At the moment, the family is practising social distancing, much like the rest of the world, but they have plenty of interesting animals to hang out with 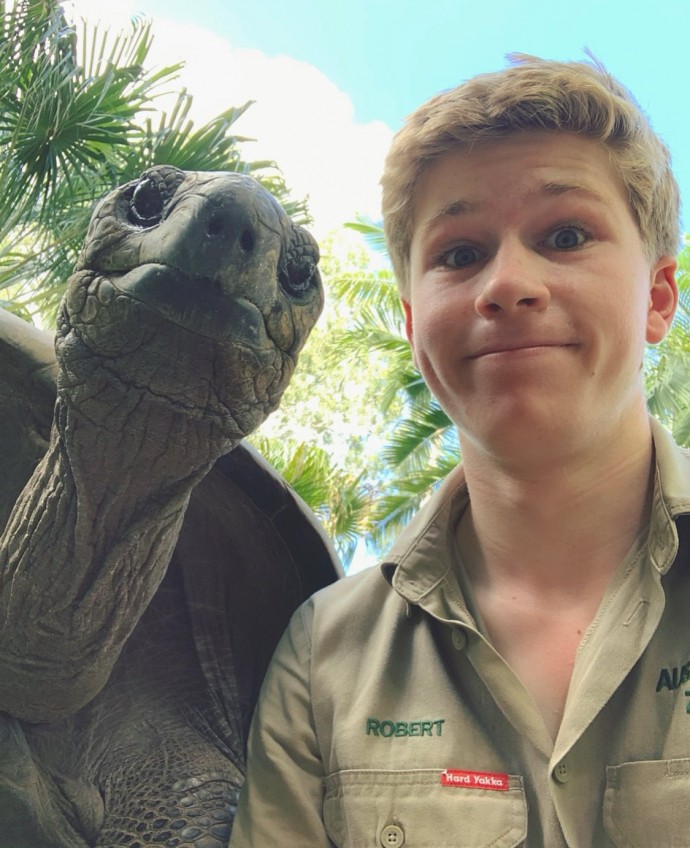 And recently, Robert posted a hilarious picture of him and his “self isolation buddy” on his Twitter. The adorable selfie quickly went viral and people just couldn’t stop laughing at the funny duo 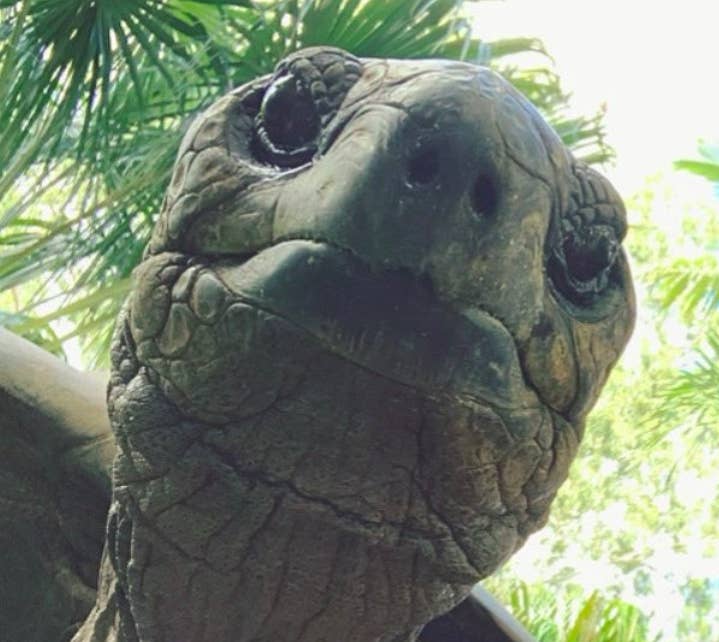 Robert and his wrinkly pal knew exactly how to cheer people up during these stressful times. Shortly after posting the fantastic selfie, Robert’s mother, Terri Irwin, reposted the picture alongside a humorous as well as informative caption. Apparently, people can “adopt” animals like this beautiful tortoise if they want to support the zoo 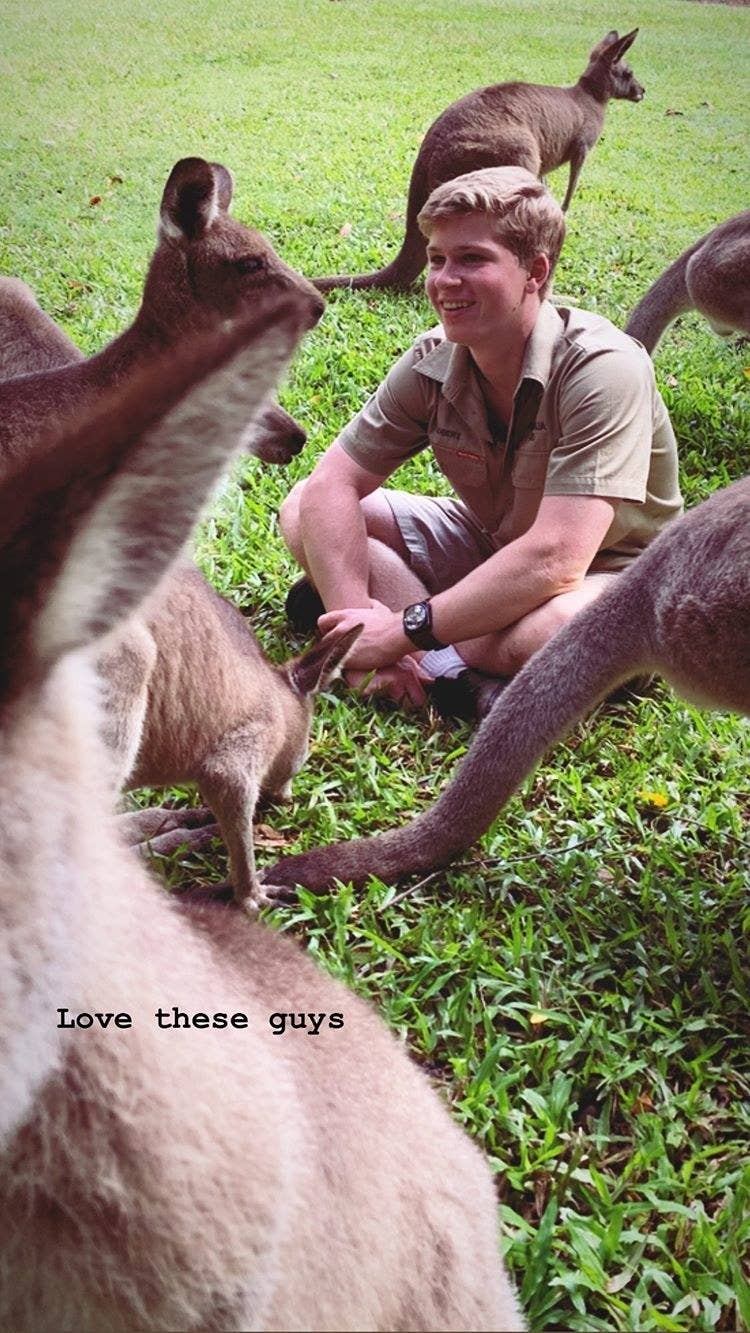 When you adopt one of the animals, you pay an adoption fee and in return, you receive a certificate, a picture of the animal and some other perks. There are different adoption packets at different price points and each packet comes with different perks and features. You can learn more about the system here (www.australiazoo.com.au). The Australia Zoo is particularly focused on reptiles but they have plenty of other animals too. And Robert is regularly blessing the internet with cute animal-related snapshots, like these adorable shots of him chilling with some kangaroos: We’d love to be surrounded by these cuties. You can tell just how much he loves and respects the animals 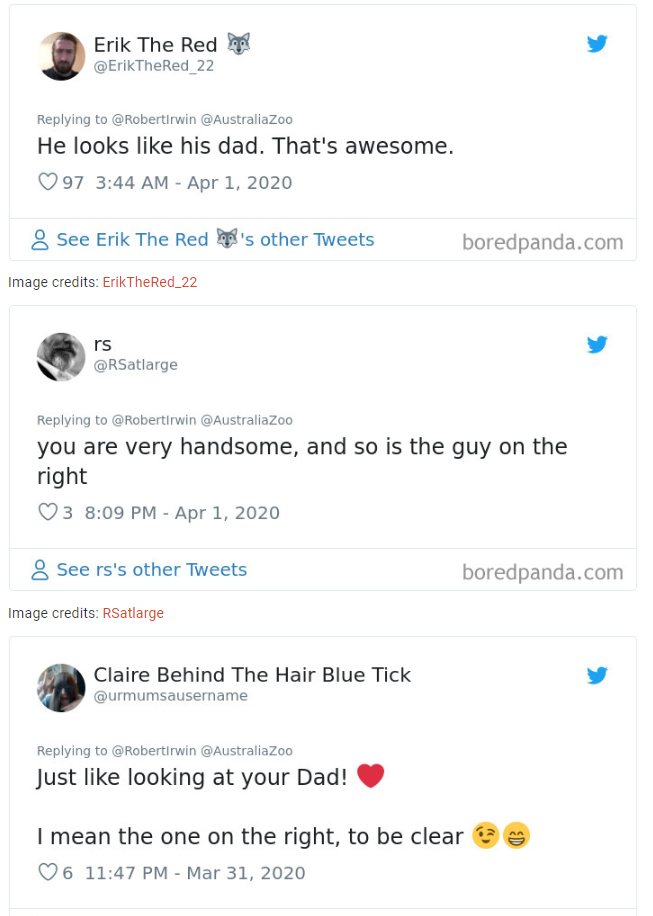 Online, loving and humorous comments have been pouring in on Robert’s incredible selfie with the photogenic tortoise. People not only find the picture hilarious but are deeply moved by Robert’s resemblance to his beloved father. He truly is his father’s son, both in appearance and spirit