Snow Falls In The Sahara Desert For The First Time Since 1979, And It’s Just As Beautiful As You Think

Does it ever snow in the desert? It sounds weird but, turns out it does. Joining in with the festivities around the globe, snow fell on the largest desert in the world, the Sahara Desert. 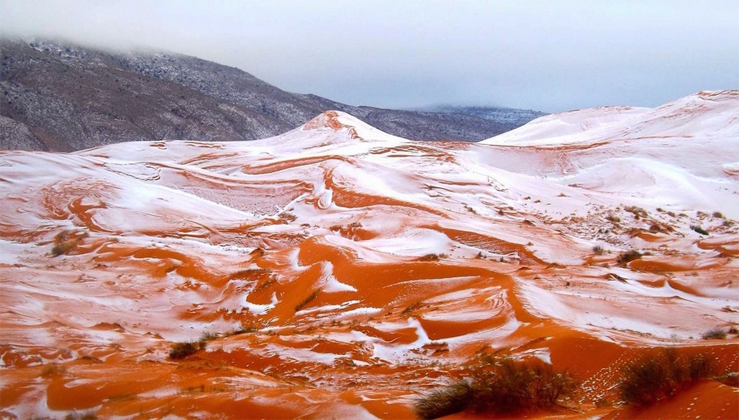 If the deserts miss the rain, they must REALLY be missing the snow. Until now, anyway.The Sahara Desert, the largest hot desert in the world (Antartica and the Arctic are technically deserts too), doesn’t get a lot of precipitation.It’s hot, it’s dry, and it’s vast; covering over 3 million square miles of land in northern Africa.(All photos by Karim Bouchetata/Rex Features via AP Images.) 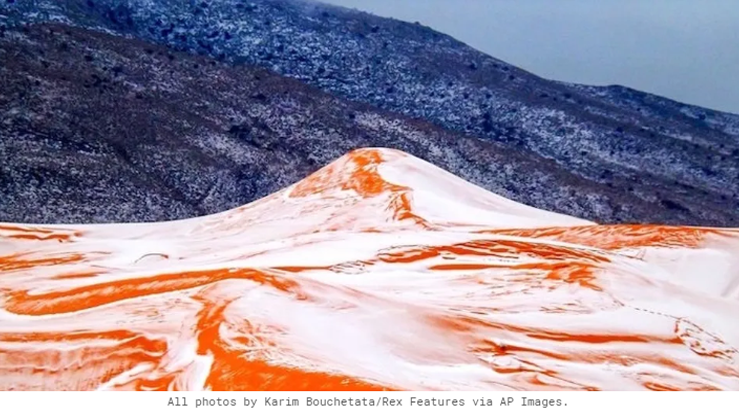 When it comes to rain, the Sahara only gets between half an inch and four inches of rain per year (that’s not a lot!).But snow, in the desert? That’s unheard of … right?An amateur photographer just happened to be on hand to catch an honest-to-God snowfall in the Sahara Desert.The snow fell in a town called Ain Sefra in Algeria, much to the shock of its residents.It’s actually not the first time this region of the Sahara has been dusted with white powder. Snowfall hit the area all the way back in 1979.There are also reports of light dustings elsewhere across the Sahara in 2005 and 2012. 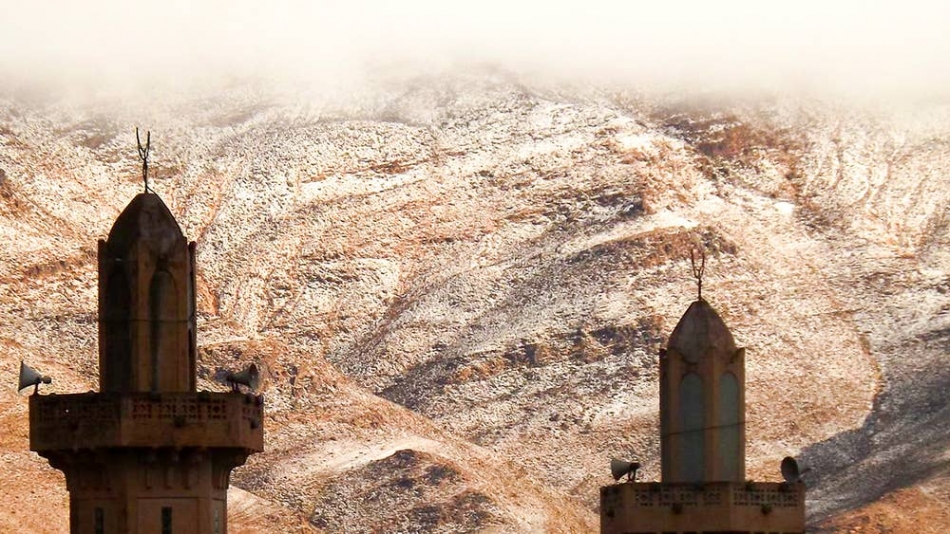 Outside of these bizarre occurrences, there’s no clear record of major snow having ever hit the area before.(Though some high-altitude Sahara mountain ranges have been known to get snow, powder in the lower regions is extremely rare.)The photographer, Karim Bouchetata, said on Facebook that the snow stayed for about a day but quickly melted away.That leaves these incredible photographs as some of the only remaining evidence of an event that may not occur again for a decade or more. If ever. 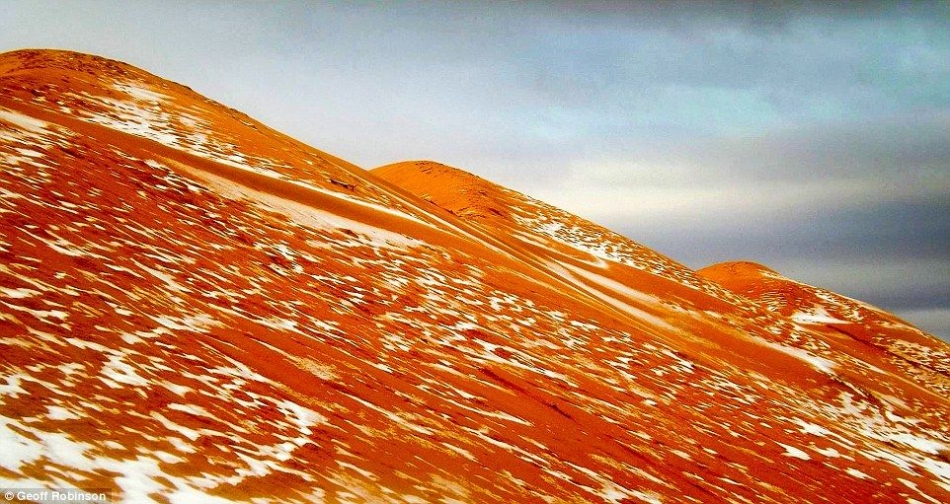 Snow in the desert is a beautiful coincidence. A rare moment where dozens of weather factors come together perfectly.What it isn’t — just in case the thought crossed your mind — is any sort of proof that we shouldn’t be worried about global warming.”A cold day in the Sahara does not disprove global warming any more than a heat wave in December proves it,” says Steven Stoll, a professor who teaches climate history at Fordham University. “No event stands alone.” 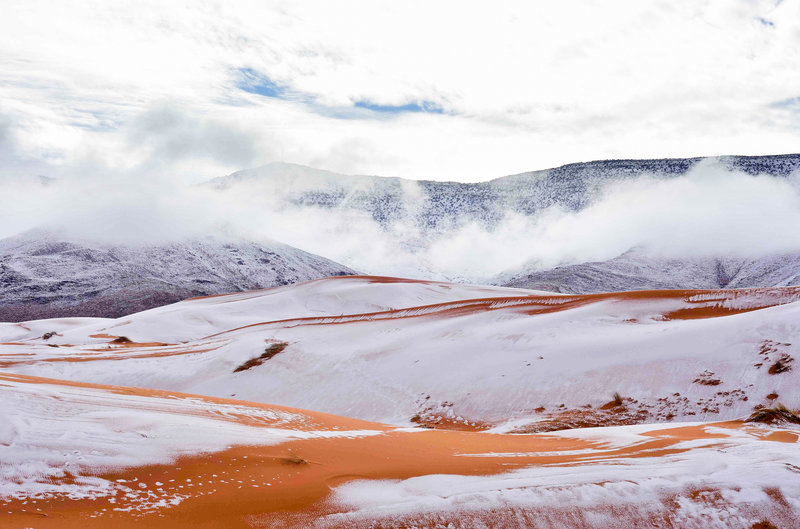 It’s getting hotter everywhere, Stoll says, and sometimes when that heat gets pushed around and distributed, it can lead to cooling in certain places. That may be the case in the Sahara.But even if this once-a-decade-or-so event is ultimately completely random and meaningless, it sure is beautiful. And we’re lucky a photographer was there to capture the mesmerizing results.