Heartbreakingly, a 17-year-old deer has died in Japan’s famous Nara Park. The female deer died on May 24th, and although the age of the deer isn’t shocking for the death, it’s what was found during the autopsy that made the veterinarians’ jaws drop to the floor and their hearts break. They found nearly 9-pounds of plastic inside of her stomach. 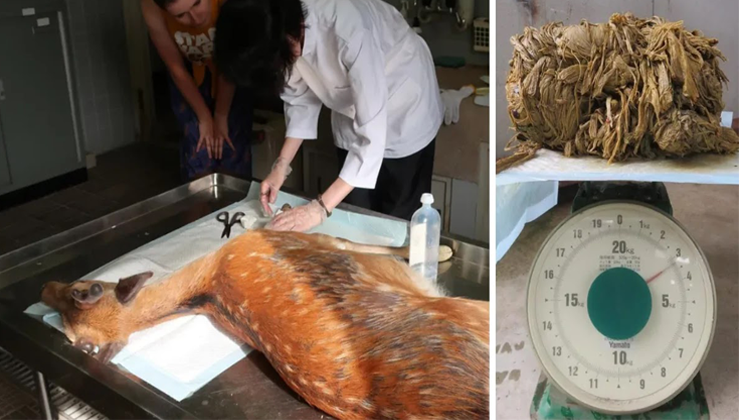 Nara Park, located in the city of Nara, just east of Osaka, is a very popular tourist destination for its gorgeous deer. The park brings in over two million visitors every single year says SoraNews. Because of the Shinto religion, the deer in Nara Park are considered to be sacred – making this death even more devastating.The problem, however, is that the same tourists and visitors that come to admire the sacred deer are the same people that are, in fact, killing them. Not only has litter and pollution become an issue, but the visitors have started to overfeed the deer which has led to a few of the deer biting the tourists 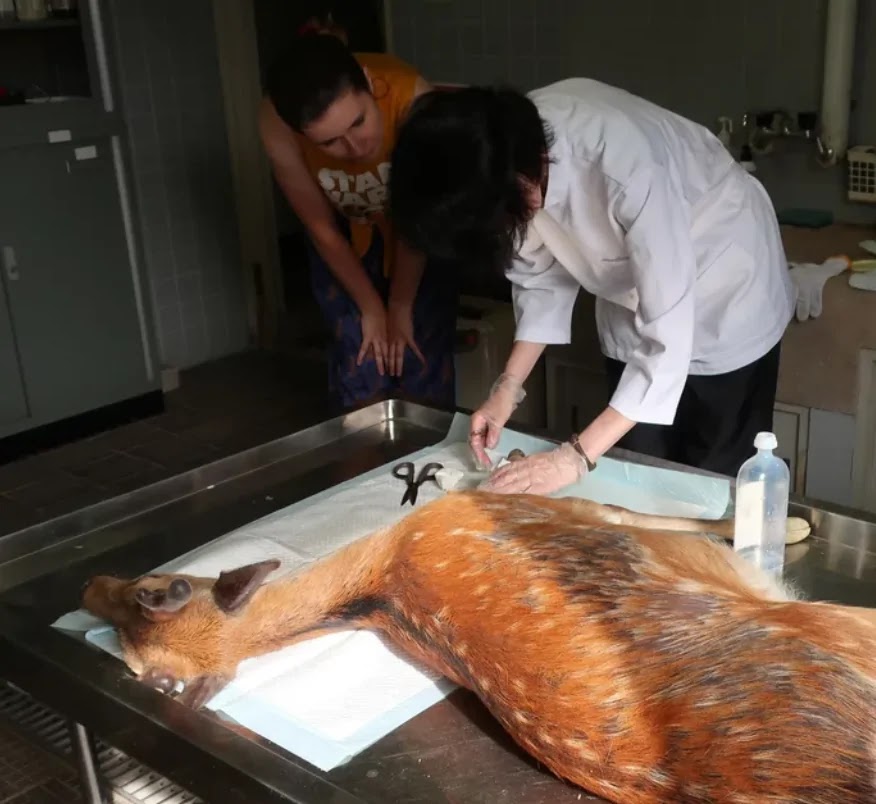 The major problem in the park with the deer, however, is clear – plastic.SoraNews24 reports that since March of 2019, eight deer have died in the park for unknown reasons. When autopsies were performed, it was found that six of them died due to excessive plastic consumption. The 17-year-old deer that recently died was spotted by veterinarians from the Nara Deer Park Association on March 23rd and noticed that she was very malnourished and extremely weak.Despite their efforts to bring her back to health, the poor deer was unable to eat and died the very next day.During the autopsy, it was found that the deer weighed just 66-pounds and had 9-pounds of plastic inside its stomach 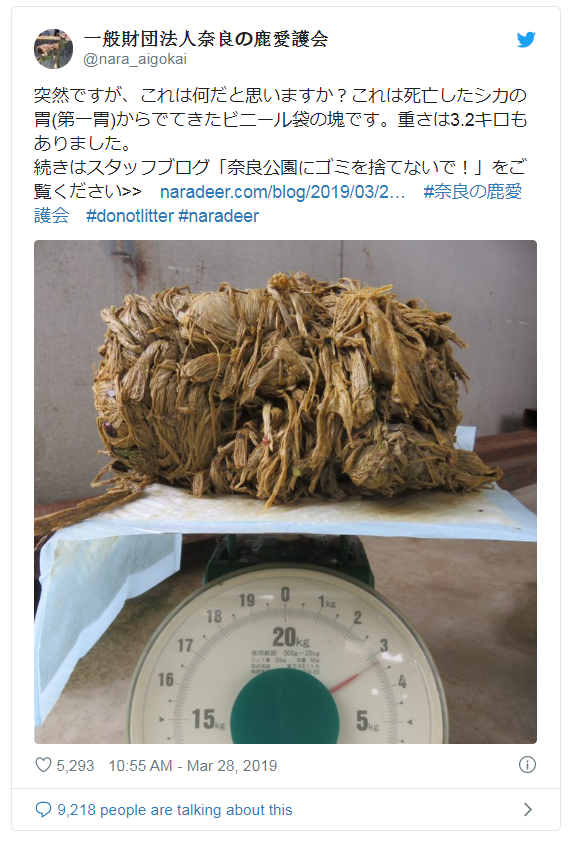 Like cow and steer, deer cud their food. The veterinarians explained that the deer perished because she was unable to regurgitate, digest, and ingest new food. A concern that is growing larger and larger every year. Authorities have started to urge tourists and visitors to not carry and snacks or food for the deer in plastic bags. There are signs posted all over the park instructing visitors to only feed deer senbei, or deer crackers, which are sold around the park.However, numerous people have reported tourists feeding the deer other unsafe foods from plastic bags.Deer have an incredible sense of smell and they can tell that food is inside the plastic bag. However, they can’t differentiate between the food and plastic and will consume the entire bag.In addition to the tourists feeding deer unauthorized food, and consequently the plastic, visitors are also leaving behind their garbage without proper disposal. Authorities are doing their best to urge tourists to clean up after themselves and carry out all trash 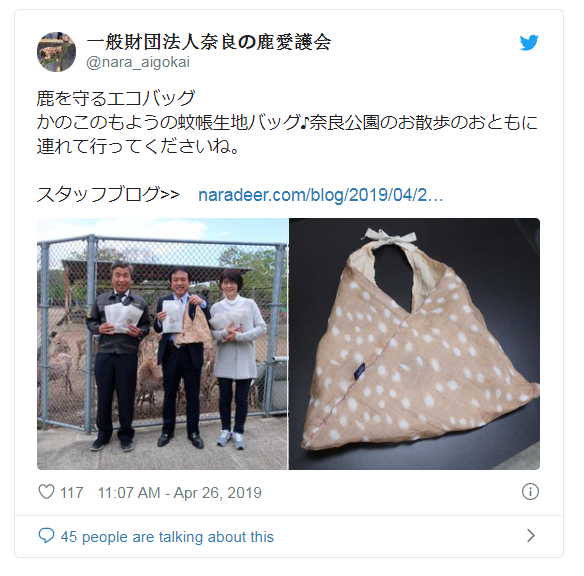 Nara Traveler’s Guide also tries to educate visitors, letting them know that the deer are wild animals and are capable of finding food on their own such as plants and grass in the park.”The Nara Welfare Deer Association has designed special environmentally-friendly food bags for tourists,” explains The Epoch Times.In a blog post, the Association said the bag can prevent accidental ingestion of plastics by deer. “When taking a walk in Nara Park, please take this eco bag,” a translation of the post said 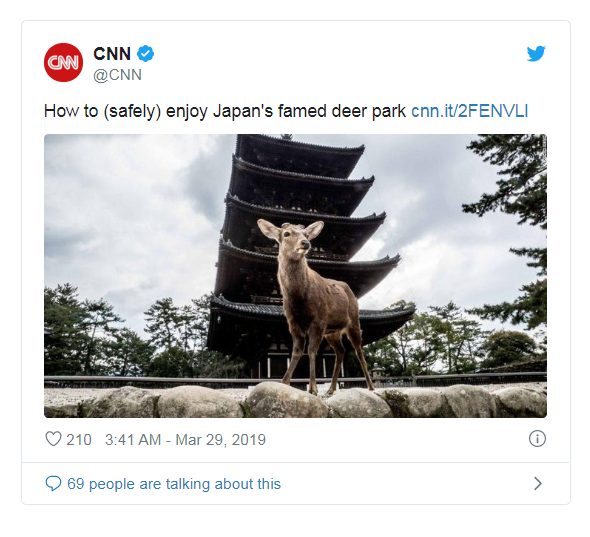 Please share this story to spread awareness about this terrible issue of excessive plastic waste. It’s so important that humans take responsibility and initiative when it comes to cleaning up our massive mess because it’s starting to have devastating consequences