Starving Wolf Rescued After Getting Head Stuck In A Container

An endangered Indian wolf has been rescued from certain death, after it had gotten its head stuck inside a plastic container. 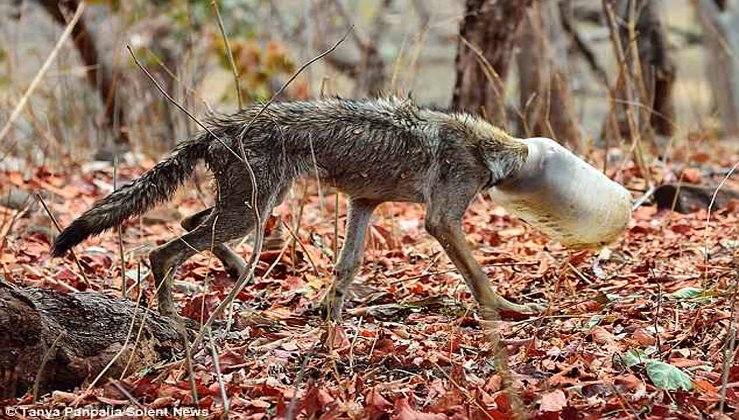 The wolf was spotted in a lake area in Nagpur, central India, by a group of amateur nature photographers, and their images show the state of the starving animal. It is thought the wolf would have been looking for food inside the container, and ended up getting stuck, becoming more and more malnourished over time. 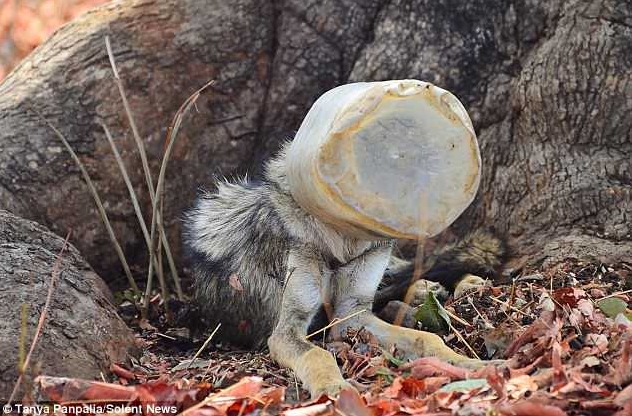 Tanay Panpalia, a 26-year-old accountant from Nagpur, spotted the wolf while out taking photos with his friends, and the group embarked on a rescue mission. After calling the Nagpur Forest Department, they spent two hours tracking the wolf until a rescue team arrived and were able to cut the container off. Mr Panpalia said: ‘It was a plastic container which is often used by the nearby local villagers as a household article to store food.The villagers throw away the unused containers wherever they want, which results in such mishaps with wild animals.I and two friends had ventured to the lake in order to take photos of birds, but we were also hoping to capture some images of wolves. 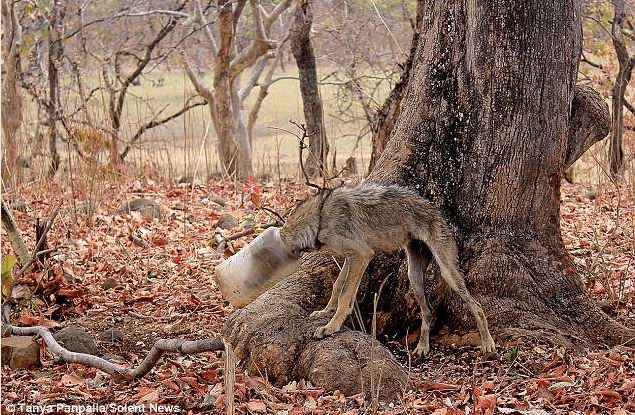 When we saw a pack of them we were so excited and decided to follow them for a while to take photos when we suddenly found a young wolf whose head was stuck in a plastic container.The other wolves watched us from a distance – we were scared as there were only three of us and ten of them. However, the young wolf seemed to be very weak as it was unable to eat due to that plastic container.Thankfully, the plastic container had holes in it which was allowing him to breathe and drink water – it’s probably what kept him alive.We immediately informed a rescue team from the Forest Department of Nagpur and followed the wolf until they arrived. 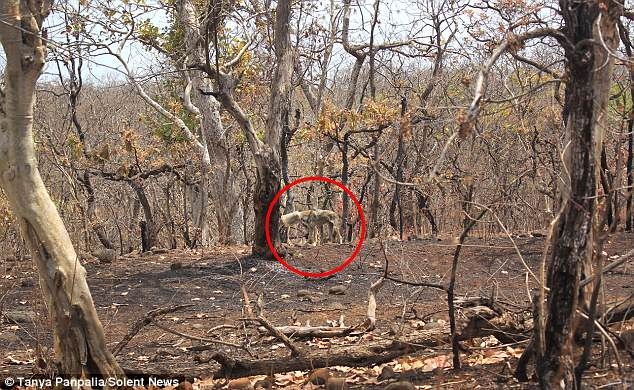 The team eventually reached the spot two hours later and, with the help of a rescue kit, we were able to catch him and cut the container off his head.It was a success and there were no external injuries to the wolf. We kept on showering water on him to bring down his body temperature and then released him back into the wild.He ran away swiftly and re-joined the pack later on. The whole rescue operation lasted for around three hours, but it was worth it. 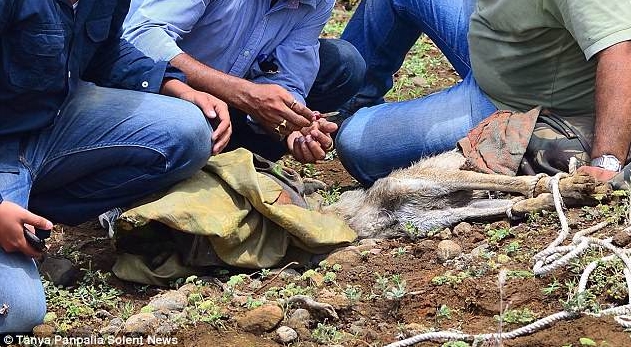 I was sad to see such a beautiful animal become stuck and almost die as a result of human ignorance.While following him, I documented the whole story so that it might make people more aware of how their rubbish affects wildlife.