Physical education teacher Valtteri Mulkahainen from Sotkamo, Finland, has been devoting a lot of his free time to photography. For the past six years, Valtteri has been shooting his country’s wildlife and captured many magical moments. And this is a story about one of them 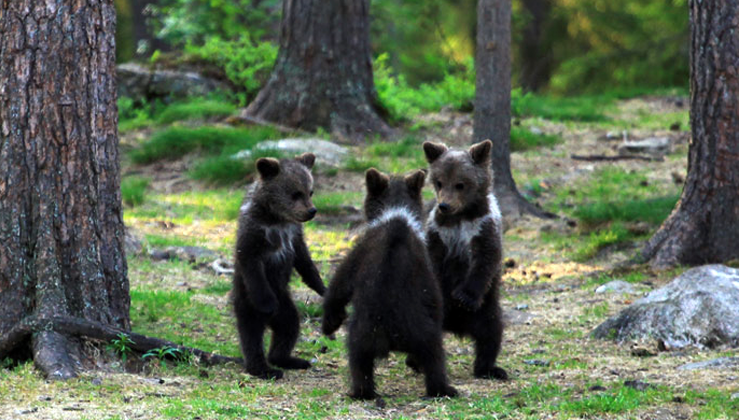 On the 3rd of June, 2013, Valtteri was planning to explore the Finnish taiga around the town of Martinselkonen. As the man was exploring the area, he noticed a bear coming into a clearing with a few small cubs 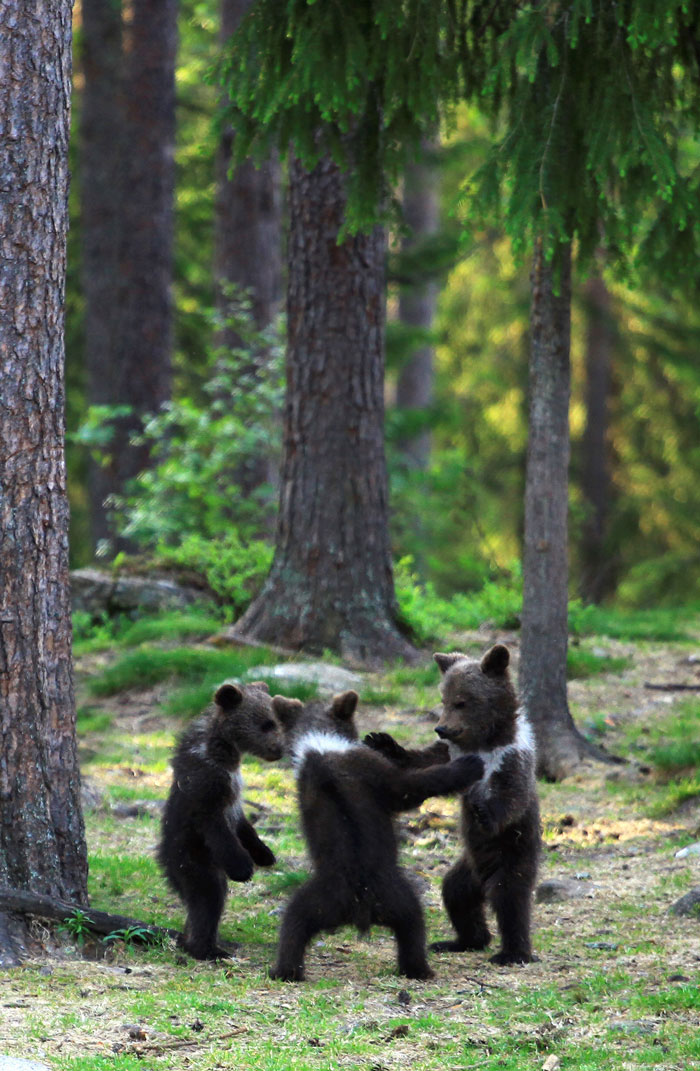 The cubs behaved like little children,” Valtteri told Bored Panda. “They were playing, and even started a few friendly fights. I felt like I was on a playground in front of my house, where small children frolic around. That’s how much they reminded me of little children. At one point, the three of them got up on their hind legs and started pushing each other. It was like they were dancing in a circle 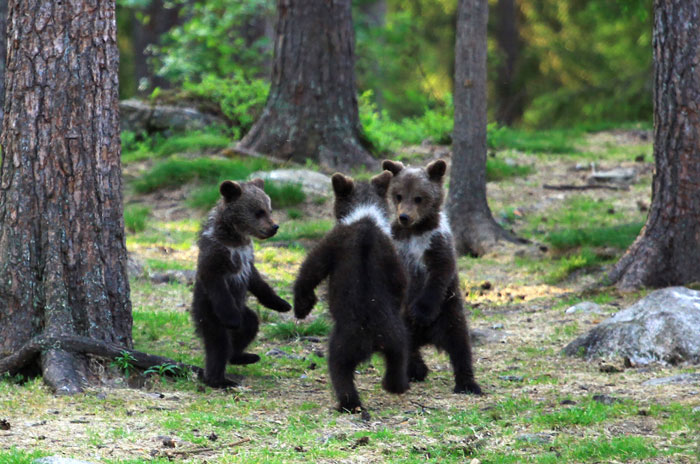 Valtteri was in a shelter 50 meters (164 feet) away from the adorable action and had the perfect view. “I photographed the cubs with the bear all evening and all night,” he said 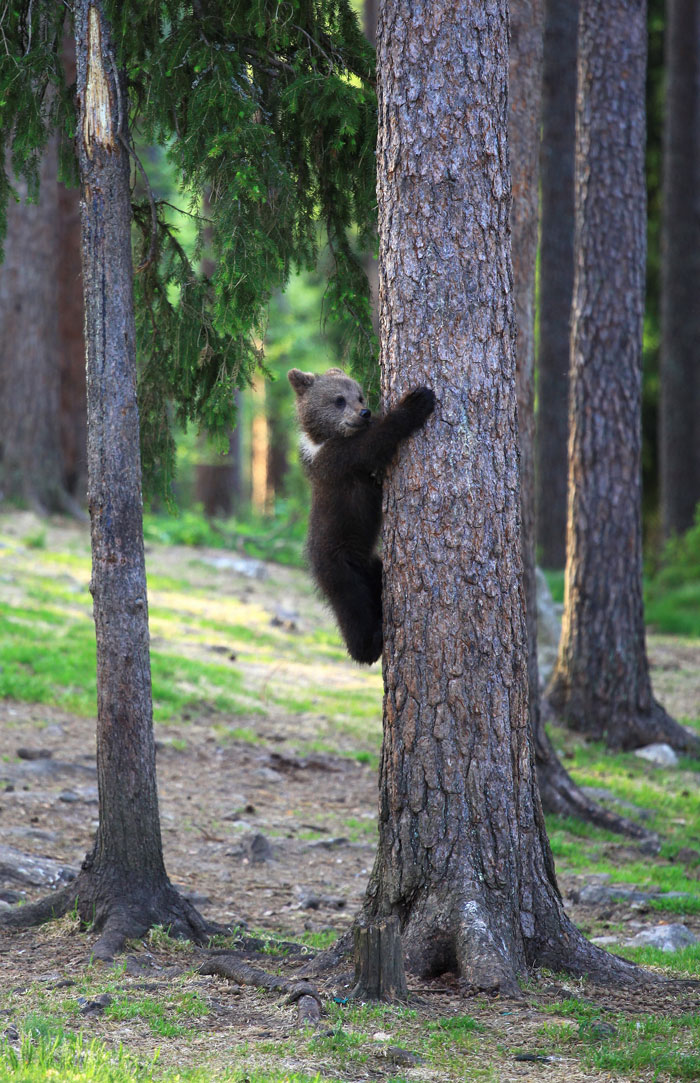 You can bump into a bear pretty much everywhere in Finland except the Åland Islands. Most of them live in the eastern part of the country and Lapland, but people regularly see these majestic creatures in the southern and western areas as well 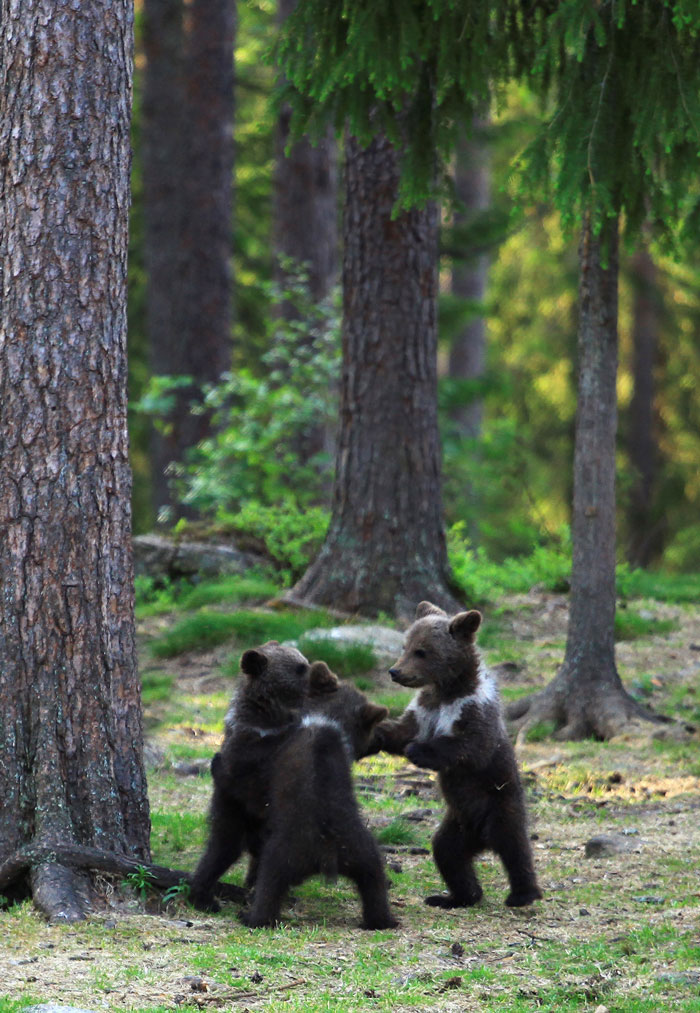 Like the cubs have successfully proven us, bears are agile and strong. They use their forelegs very effectively for both hunting and getting around. Moreover, they’re very good swimmers and climbers. Basically, they’re the whole package. However, the fact that Valtteri managed to get such clear shots of the family is really fascinating. Bear will typically try to avoid humans as best as they can. Humans rarely see them in the wild since these animals almost always retreat immediately after detecting our presence. Keen senses and the ability to move silently make them perfect at this game of hide and seek 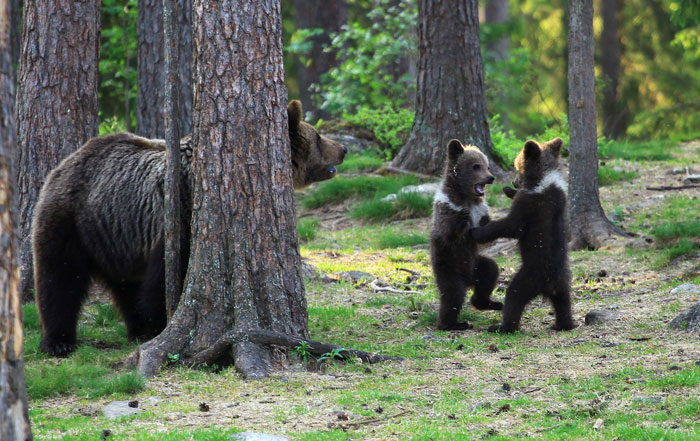 According to the latest assessments by the Finnish Natural Resources Institute, there were between 2020 and 2130 bears before the 2019 hunting season. If you want to see more photos, You can visit his instagram: valtterimulkahainen All image credit: Valtteri Mulkahainen