London’s Natural History Museum released beautiful wildlife images captured by photographers from all over the world. There were over 50,000 entries from amateurs as well as professionals; however, only the very best were chosen to continue the competition for a place in the exhibition. The images below took hours or even days to capture and years of skills and research. 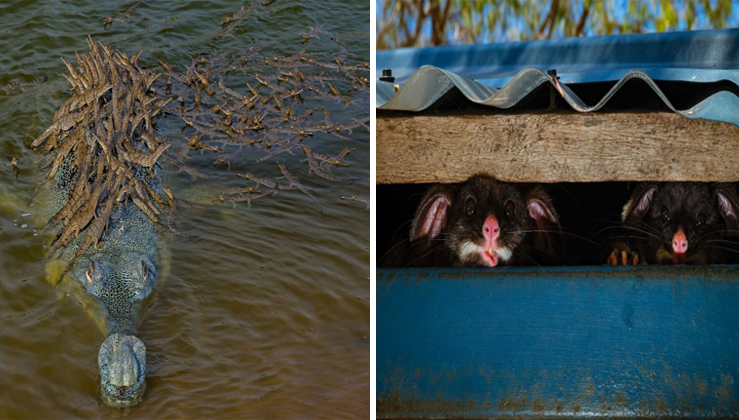 These images are competing to be displayed in the “Commended Wildlife Photographer of the Year” exhibition. The winners will be announced on October 13th, and the 56th exhibition, which will be held virtually for the very first time, opens on Friday, October 16th, 2020. 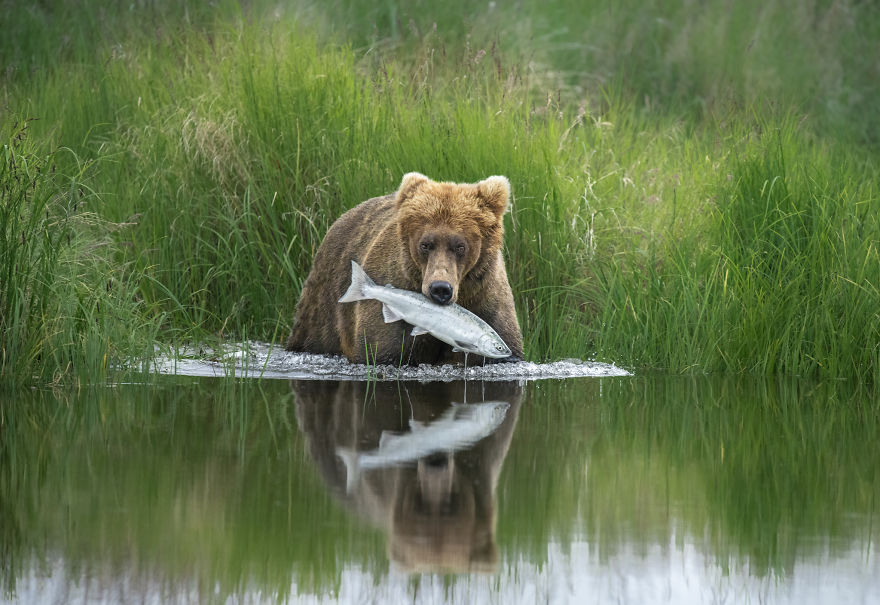 A brown bear pulls a sockeye salmon from the shallows of a river in Alaska’s Katmai National Park. The greatest concentration of bears – and tourists – is around the waterfall at Brooks River, where viewing platforms enable visitors to watch bears catching salmon leaping up the falls. Hannah chose to focus on a quieter scene and a different style of fishing. Instead of snatching at leaping fish or jumping on them, the female put her head under the water to look for one. She catches a nutrient-rich sockeye still in its ocean form – before it has developed its reproductive red colour and pronounced jaws. The presence of the salmon in autumn ensures the bears’ survival through the winter. Alaskan brown bears are among the world’s largest bears. Males may eat 30 salmon a day and weigh more than 450 kilograms by the end of the summer. Females are smaller and typically weigh a third less.” Image credits: Hannah Vijayan

“Ever watchful, a four-metre male gharial crocodile provides support for his numerous offspring. It is breeding season in the National Chambal Sanctuary in Uttar Pradesh, northern India, and this usually shy reptile now exudes confidence. The crocodile’s name is influenced by the Hindhi word ‘ghara’ which means ’round pot.’ This refers to the bulbous growth at the tip of its long thin snout, which is used to vocalise and produce underwater bubbles during breeding. Populations once exceeded 20,000 across South Asia but have shrunk drastically over the past century. This is mostly due to changes in river flows such as damming and sand extraction, as well as overfishing and entanglement in nets. The species is now critically endangered with an estimated 650 adults left, 500 of which live in sanctuaries.” Image credits: Dhritiman Mukherjee, India 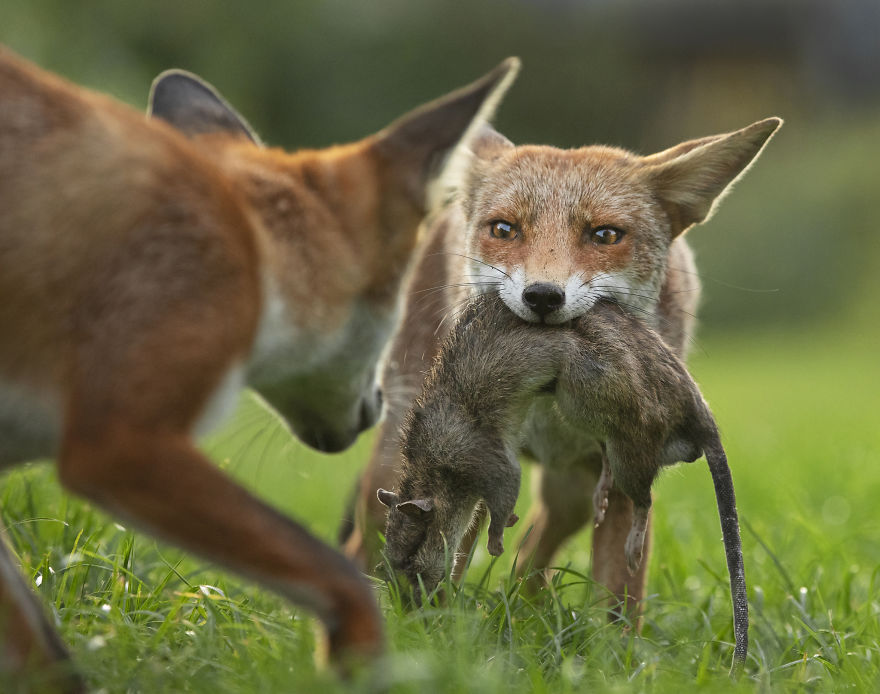 c”A young fox holds tight to her trophy, a dead brown rat, as her brother attempts to take it. For the past four years, Matthew has been photographing the foxes that live on a North London allotment. During this summer evening, as Matthew lay prone watching the youngsters at play, one of them exploded out of the bushes with a dead rat in its mouth. The other three then began squabbling over it and a tug-of-war developed. When one got a hold of the prize, it would repeatedly toss it into the air and catch it. The rat could have been provided by one of the adults, which continue to feed their young into August, but it is rare for foxes to catch rats. More likely, it was found dead.” Image credits: Matthew Maran 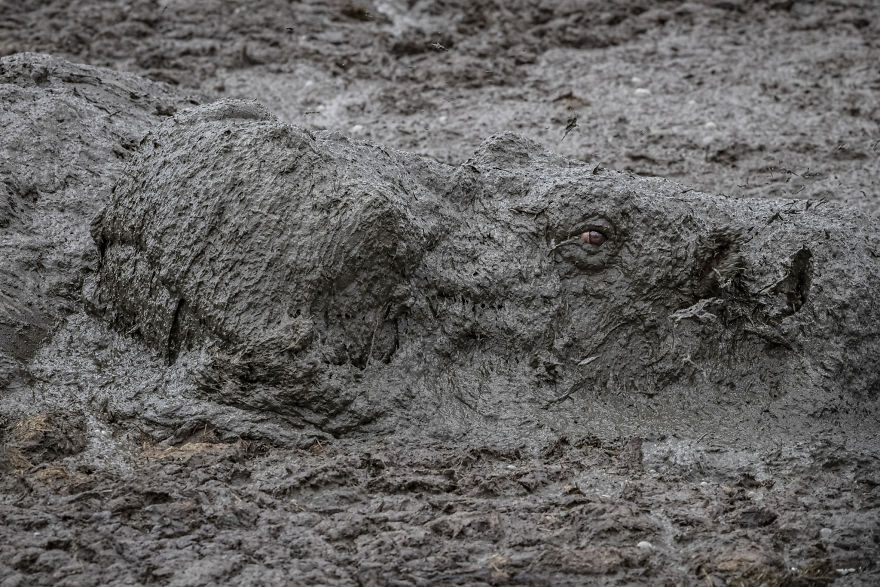 “An eye blinks open in a mud pool as a hippopotamus emerges to take a breath – one every three to five minutes. The challenge for Jose, watching in his vehicle, was to catch the moment an eye opened. For several years, Jose has been watching hippos in Kenya’s Maasai Mara National Reserve, a remnant of the drought-stricken Mara River. Hippos spend the day submerged to keep their temperature constant and their sensitive skin out of the sun. They emerge at night to graze on the floodplains. Throughout their sub-Saharan African range, hippos are vulnerable to the combined effects of increasing water extraction and climate change. They are vital grassland and aquatic ecosystem engineers, and their dung provides important nutrients for fish, algae and insects. But when rivers run dry, a concentration of dung depletes the oxygen and kills the aquatic life.” Image credits: José Fragozo, Portugal 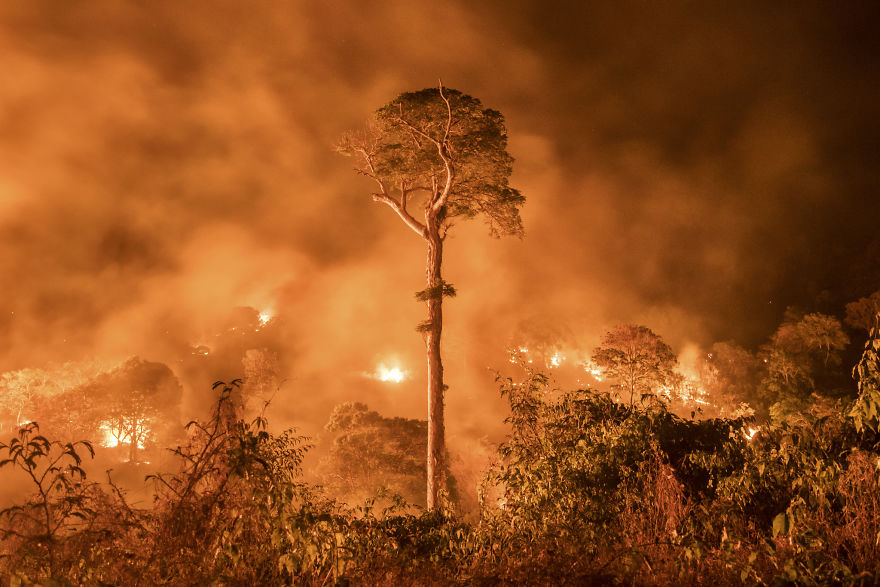 “A fire burns out of control in Maranhão state in north-eastern Brazil and a single tree remains standing alone. It is likely the fire was started deliberately to clear a logged area of secondary forest for agriculture or cattle farming. In the past year, invasion of indigenous reserves and conservation areas by illegal loggers and land-grabbing ranchers has increased. This was emboldened by President Jair Bolsonaro’s commitment to open the Amazon for business and his attacks on indigenous groups. Deforestation causes untold damages, including destruction of biodiversity and the loss of the livelihoods of the people who depend on it. Burning trees also means losing their oxygen output and letting the carbon they have sequestered back into the atmosphere. The cattle brought onto the cleared land add to the greenhouse gases. In 2020, there have been record levels of deforestation in the Amazon, with cattle ranching fuelled by the global demand for beef and droughts worsening the situation.” Image credits: Charlie Hamilton James, UK 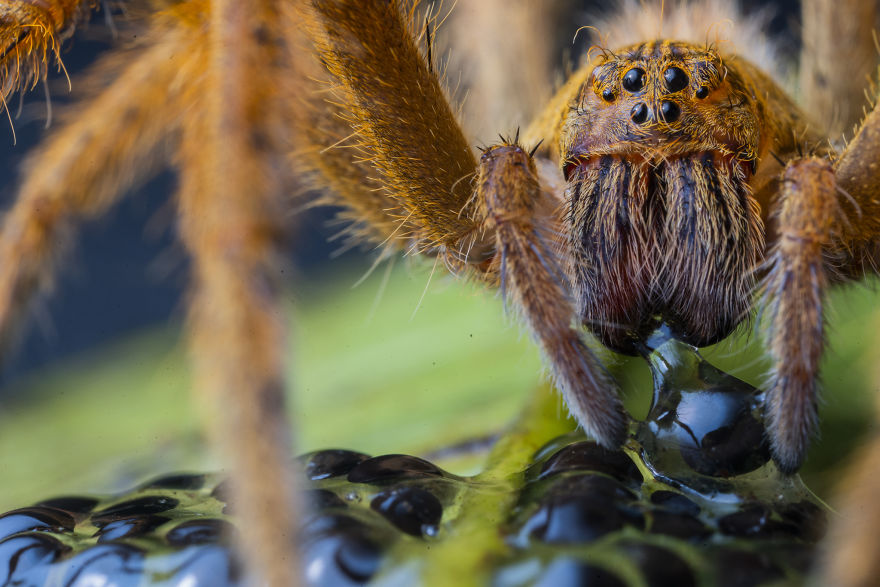 “A large wandering spider pierces the egg of a giant glass frog with digestive juices, and then sucks in its liquefied prey. The eleven known species of wandering spiders are thought to be key predators of these small, often translucent amphibians. They shelter in rainforest plants during the day and hunt at night, usually by ambushing prey that ventures close enough. Armed with sensitive bristles, the spiders can detect vibrations transmitted through leaves. They may also pick up sounds such as amphibians’ mating calls. Their battery of eight eyes, including two large ones on the side of the head, have differing functions and are highly sensitive to low light. Jaime set up his shot to capture the precise moment the female spider grasped the thin jelly coating between her fangs, steadying the egg with her long, hairy palps. One by one, over more than an hour, she slowly devoured all the eggs.” Image credits: Jaime Culebras, Spain 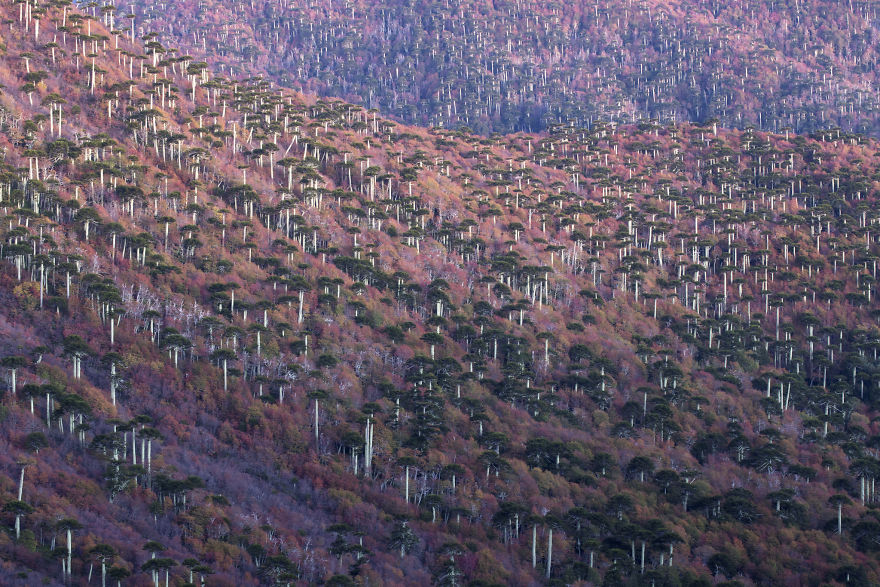 “Araucana trees are highly prized for their distinctive appearance, with whorls of spiky leaves around angular branches and trunks. Native to central and southern Chile and western Argentina, Araucanas were first introduced to Europe in the late eighteenth century, where they were grown as curiosities. In their natural habitat, Araucarias form extensive forests, often in association with southern beech and sometimes in pure stands on volcanic slopes. The ecology of these regions is shaped by dramatic disturbances, including volcanic eruptions and fires. Araucarias have thick, protective bark and specially adapted buds that can withstand fires. In such environments, Araucarias can grow up to 50 meters and live for more than 1,000 years.” Image credits: Andrea Pozzi, Italy 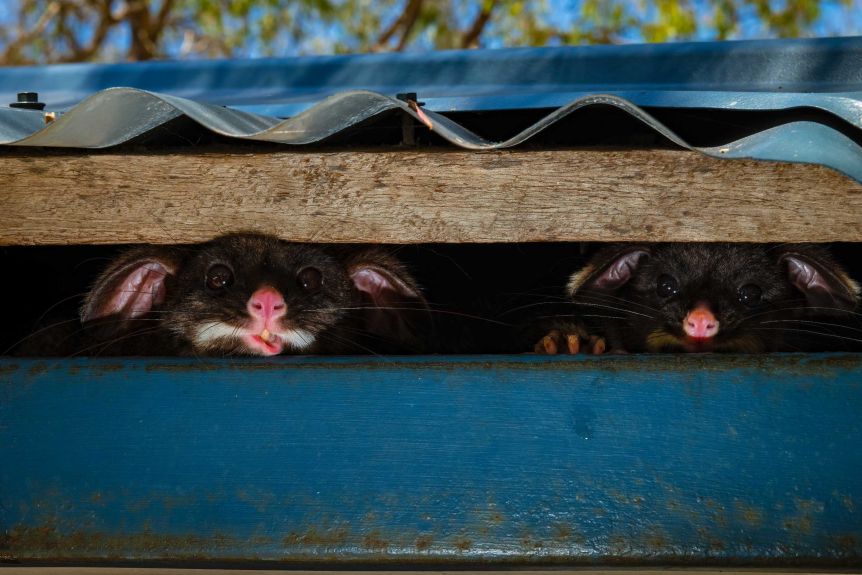