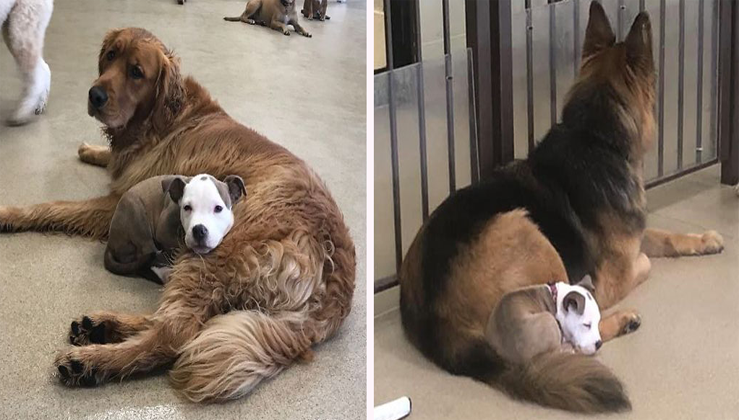 Edna is a sweet little pup who’s been going to puppy daycare for most of her life. She loves playing with the other pups and usually has so much fun that she’s completely exhausted after a few hours. But when it’s time to nap, Edna isn’t satisfied with curling up in some corner or on top of a regular old blanket. No, Edna craves ultimate comfort and that only means one thing: sleeping on top of another pup. 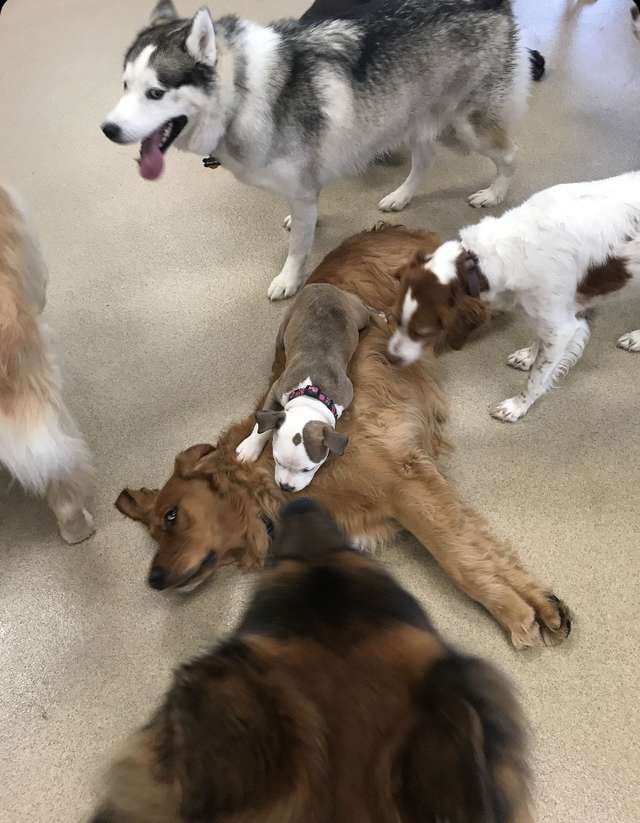 Every day, Edna picks out a comfy-looking dog to nap on and makes herself comfortable. And who can blame her? We all know that cuddling up to a cuddly pup is one of the best feelings in the world. And her friends don’t mind that she uses them as living pillows. Getting to snuggle up with Edna is a joy, not a chore. After a long day of playing, all pups are quite pleased to get to take a nice, long nap alongside their friends. 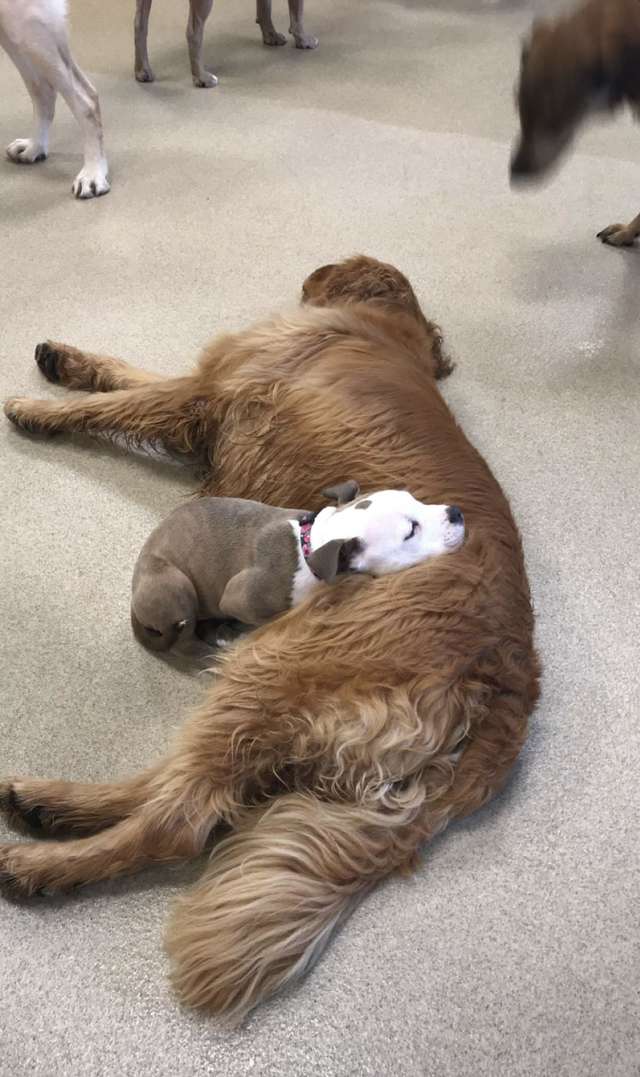 Once Edna’s found the perfect pup to nap on it can be difficult to wake her up again. The little girl is just so comfortable that she’s barely aware of the world around her.

When it’s time to go home I always have to peel her off of another dog,” one of Edna’s family members revealed in an interview with The Dodo. It’s no wonder Edna loves going to doggy daycare. Playing with other pups for hours on end and then topping the day off with a long nice nap on top of a fluffy dog sounds like heaven. We’d want to go every day if only we were allowed. All images credit: Brianna Gottfried