This Rainbow-Colored Bird Is Called A ‘White-Browed Tit-Warbler’

The more you think you’ve seen all the beauties this world holds, the furthest to the truth you find out you are. Maybe unicorns are not true, but this bird you will see in the following pictures looks just as magical and mystical as them, but with one difference, it is true, it exists. The bird has a pattern of colors that when it flies, looks like a rainbow in motion. 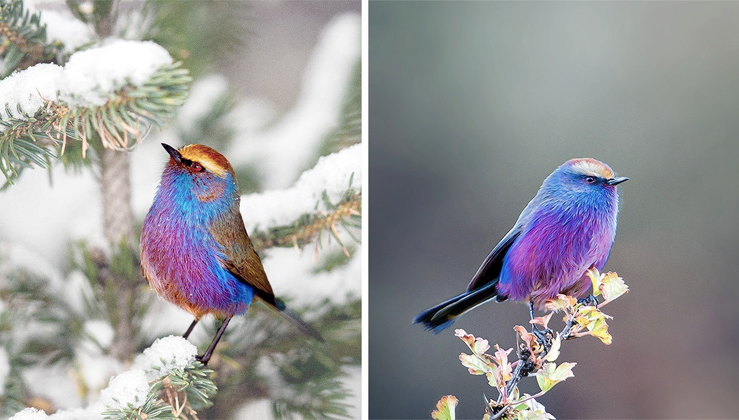 There is a bird that is very pretty but has a funny little name. The colorful rainbow-colored bird is called the “White-browed tit-warbler.” Try saying that five times fast. This aviary species is a very adorable bird, and while it’s got a hilarious-sounding name, it is also known by its scientific name, Leptopoecile sophiae. The white-browed tit-warbler is a part of the Aegithalidae family of long-tailed tits. The name “tit” isn’t as obscene as one may think, instead, it’s actually short for “titmouse,” a word derived from Old English, “titmase.” 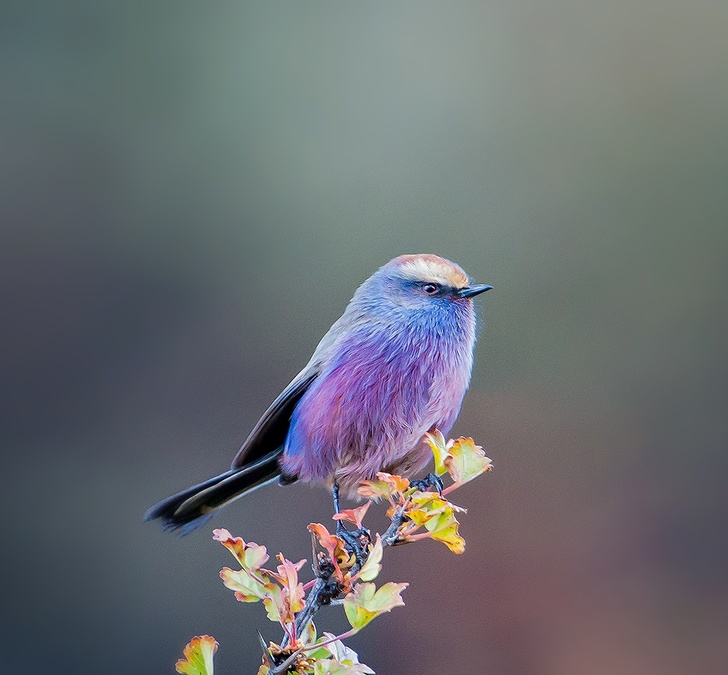 The tiny, white-browed tit-warbler is only 8.5 to 10 cm, and the feathers come in an array of colors, giving it that rainbow effect, as per the Handbook of The Birds of The World. Their feathers are colored in various shades of violet, mauve, blue, and grey. While they may be small, their tail is actually very long, but it’s the bird’s distinctive eyebrows that give it its name. 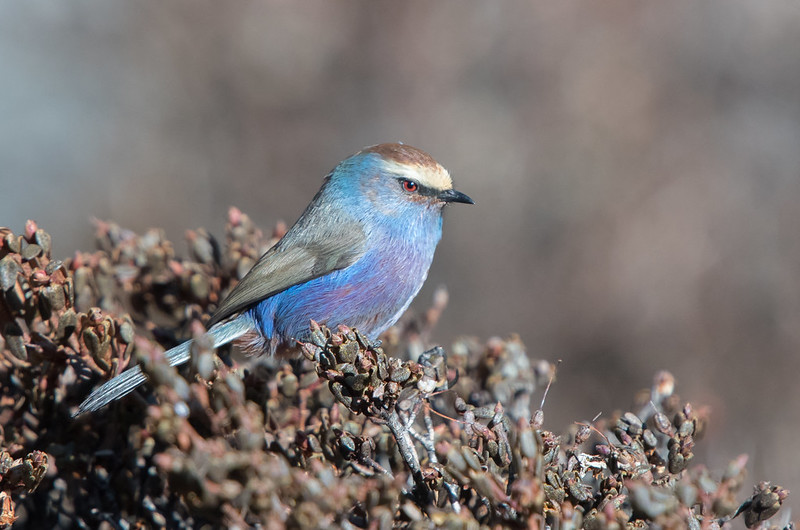 These little birds also stand out amongst the other species of tits due to their colorful plumage, as well as the single line of white that runs from its eyes all the way to the back of its head. Fortunately, these colorful birds are not threatened by extinction, which could be due to their well-camouflaged nests or the lack of local predators in their nesting areas 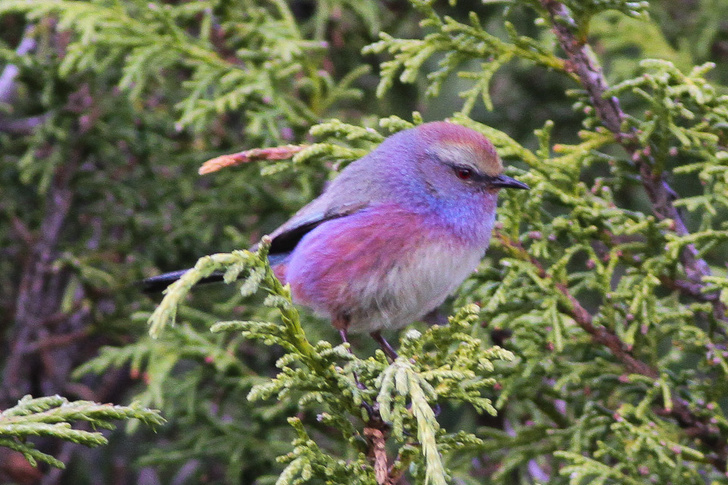 These birds have a very interesting nesting habit as they normally build their nests high up at elevations of 4110 to 4780 meters. Their nests are typically built in a dome-shape, where the entrance is located on the top. A study that was published in Bio-One found that the nest’s external walls are normally built out of a variety of materials like moss, grass stems, hairy seeds, and animal hair 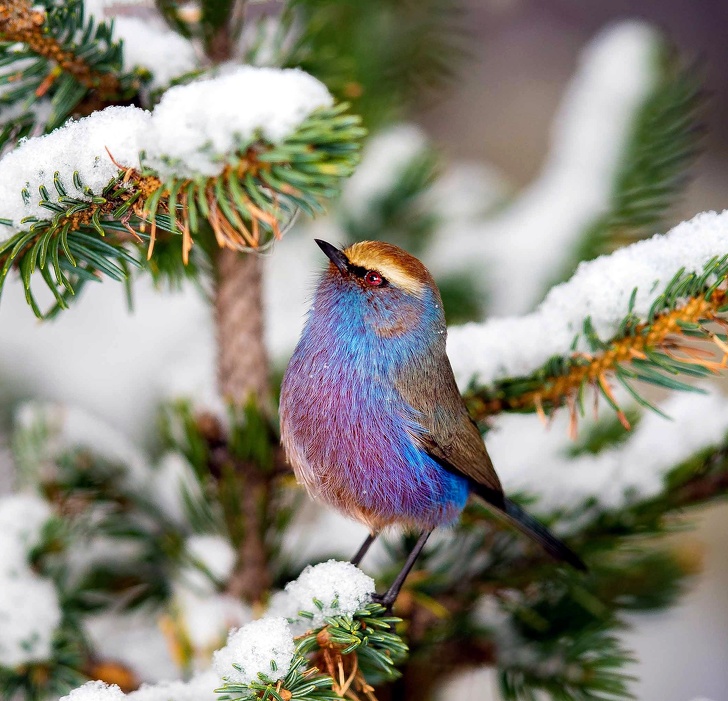 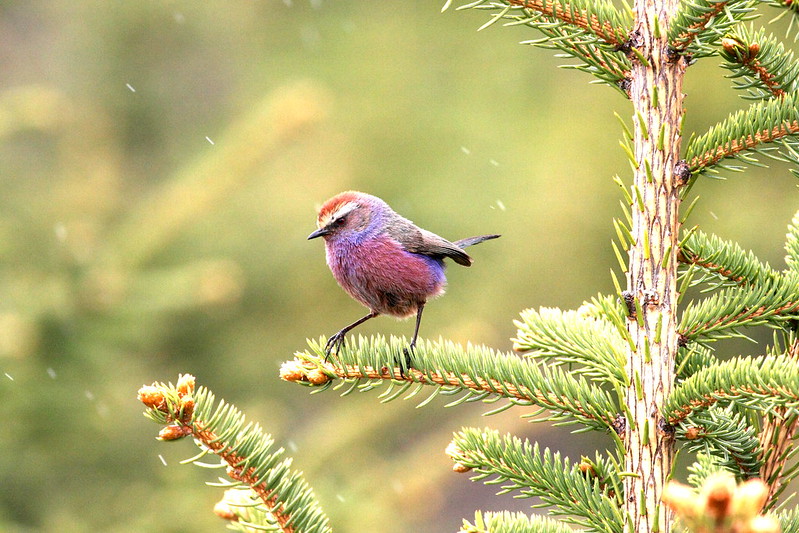 Normally speaking, these birds are native to the regions of China, India, Nepal, Pakistan, Turkmenistan, and Uzbekistan. The IUCN Red List reported that these birds originally were from Kyrgyzstan, however, they normally migrate to Kazakhstan and Tajikistan during breeding season which lasts from early April until late July. However, these birds are typically monogamous, with both the male and female birds sharing the responsibilities of raising their young. The white-browed tit-warbler has a life expectancy of about 3.9 years. They have pretty high numbers, so they’re not listed under any kind of threatened list. In fact, there is research that suggests their species numbers are doing well and they’re at a stable range.