This adorable orange ball of fluff that you can see in the photos below was recently spotted in the Sea of Okhotsk in Russia. Apparently, such albino seals as this one are extremely rare. According to the Daily Mail, “experts say the chances of such a partial albino birth are one in 100,000.” 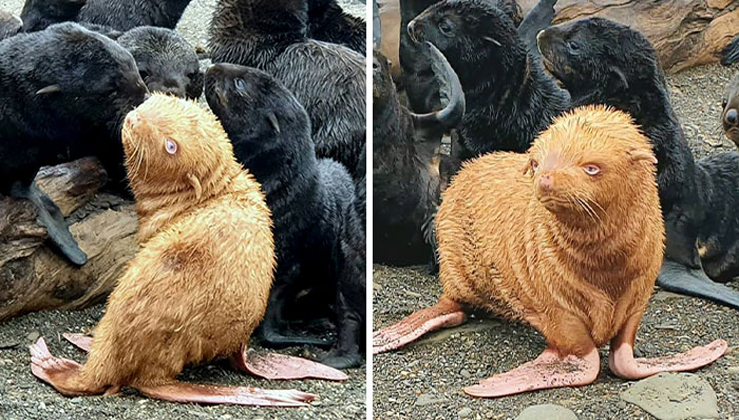 As you can probably tell, this little seal pup definitely stands out from the rest of the colony with its uniquely-colored fur and eyes. Turns out, because of its unusual looks, it has a higher risk of being rejected by the rookery. The scientists working in the area named it The Ugly Duckling. 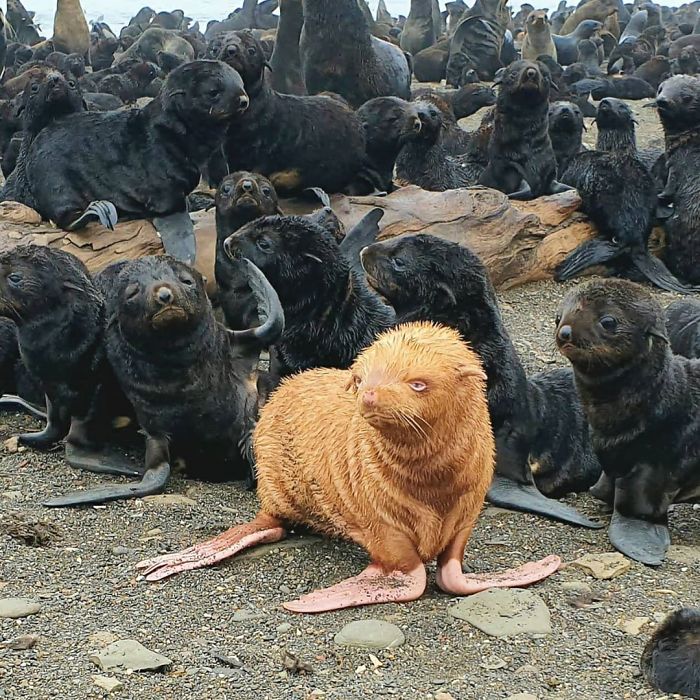 According to the biologist Vladimir Burkanov, who is working in the area, the albino seal pup has not become a total outcast, yet there are signs of it being slightly shunned. “This pup looks well-fed and was very active, so its mother clearly gave it plenty of milk,” Burkanov told the Daily Mail. “Other seals don’t pay too much attention to it in a somewhat worrying manner, so something is not quite right with it.” 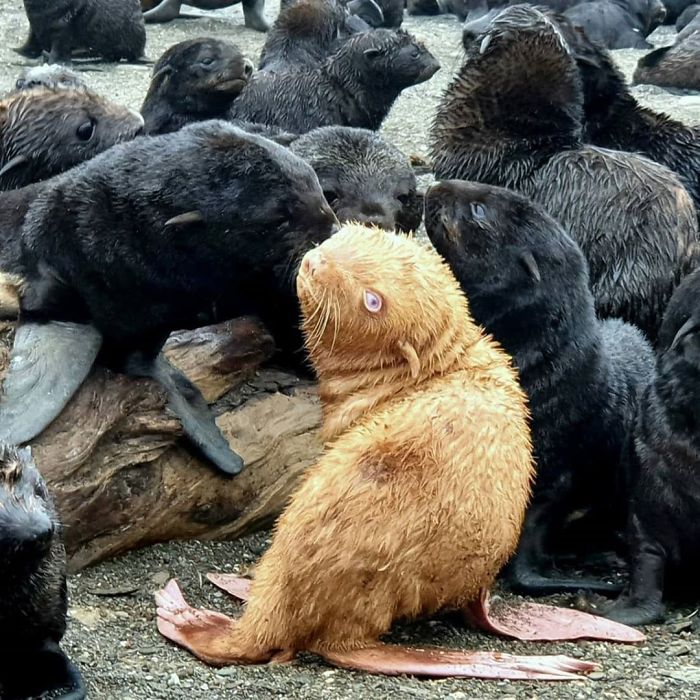 “‘Ugly Duckling’—albino fur seals are a rare occurrence. They actually look more red than white. This is a clear albino without any pigmentation even in its eyes,” the biologist wrote in the description of the video. “But it is not getting chased or bitten”.

According to Burkanov, the pup is believed to have poor eyesight, so the biologist is doubtful the seal will successfully breed. Currently, the albino seal is being monitored, and in case it is rejected by other seals, wildlife specialists are ready to rescue the mammal and hand it to a dolphinarium. There have been a few other cases of scientists spotting albino seals., 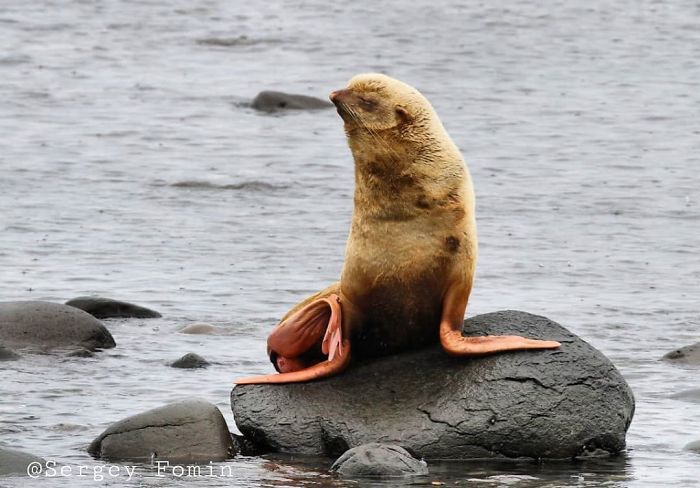 After his video capturing the little albino seal got a lot of attention, the biologist posted another photo, but this time, it was a different albino seal that was spotted back in 2017 by photographer Sergey Fomin. “The animal was 2 or 3 years old and physically in good shape, even though it was clear it had poor sight,” Burkanov writes in his post. “The albino is now a mature bull of 5-6 years old. He did not participate in reproduction this season and was seen on the bachelor section of the rookery only. Perhaps this is the first documented case of the survival of a northern fur seal of an abnormal color to adulthood.” This one was captured by photographer Sergey Fomin back in 2017. There was also another case of an albino seal spotted back in 2011, though this one—a ginger fur seal called Nafanya—had to be rescued and was flown to Sochi Dolphinarium on the Black Sea.