Maine coons are one of the most popular cats. Because who doesn’t love big and fluffy cats, right? These majestic felines can grow as much as 40 inches in length and come in 75 different color combinations. With their long, multilayered fur and large paws, Maine coons are very well equipped for winter. 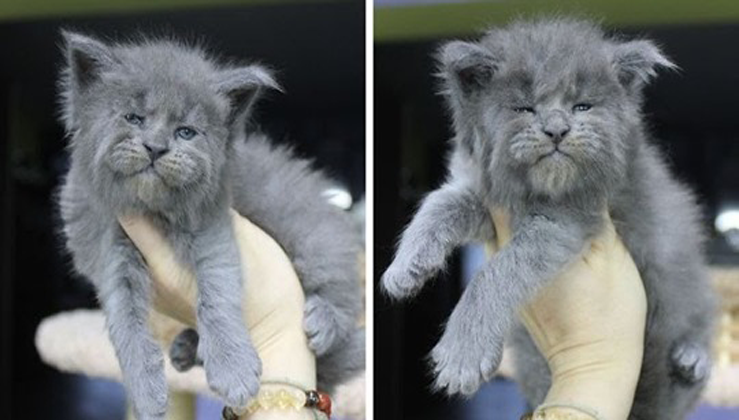 Maine coons have increased in their popularity over the last couple years. They are the biggest domestic cat breed, with males that can way up to 18 pounds. This absolutely stunning breed comes in 75 different color combinations and some grow up to 40 inches long. They have a very majestic flair to them and remind somewhat of mythological ancient beings, in modern times. 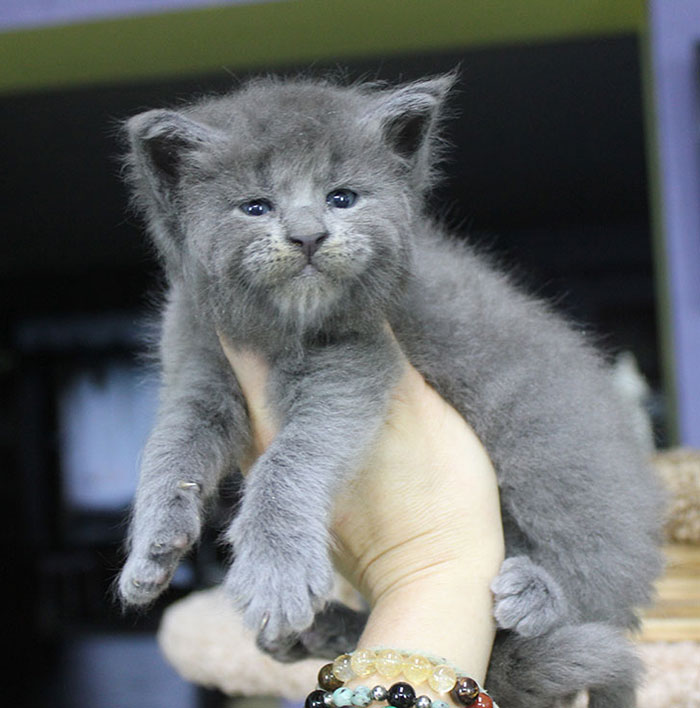 Maine Coons tend to be highly social and like human interaction. They’re known for being friendly, loyal, and playful, and they typically get along well with children and other pets. They can even play fetch and be walked on a leash! Image credits: catsvill_county 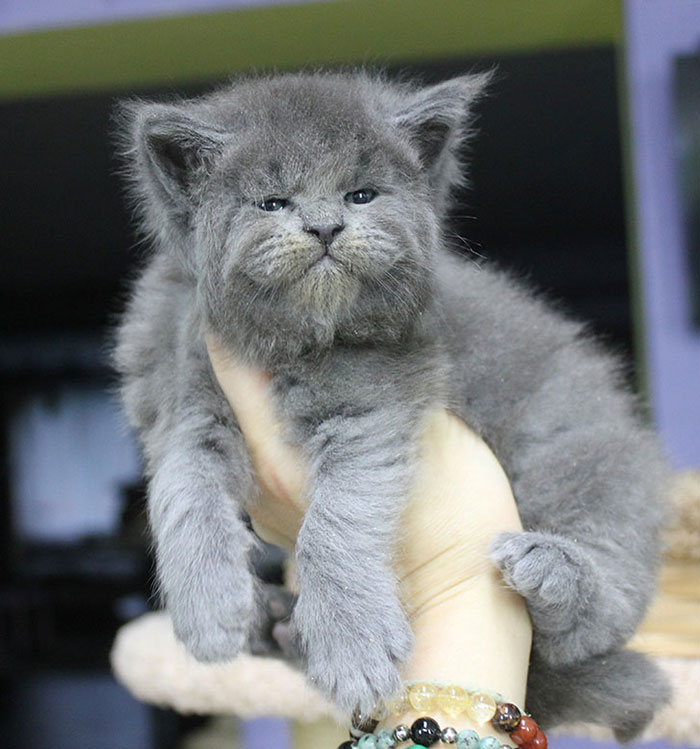 What makes them extra special is that it’s being suggested that the Maine coons were brought to America by the Vikings. Since they so many similarities to the Norwegian Forest cat. But that remains a theory, this has not been proven to be a fact. 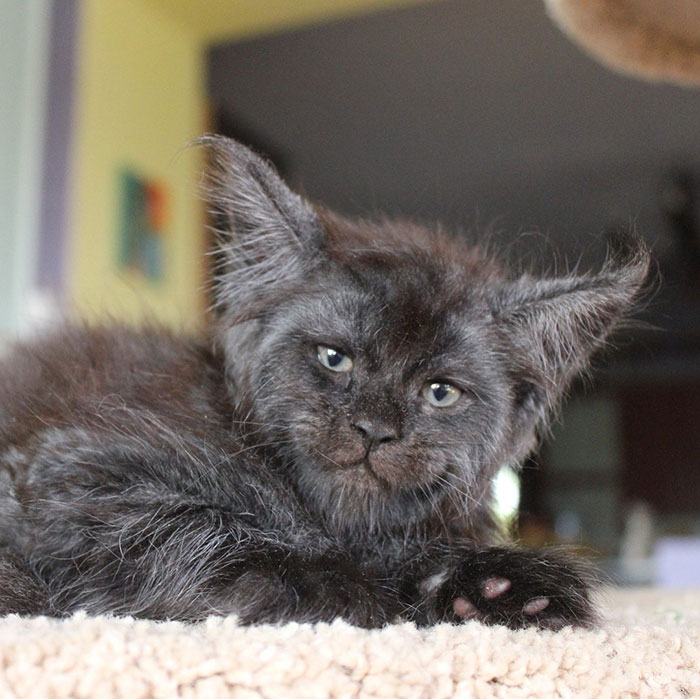 Image credits: catsvill_county One year ago, the very same cattery went viral for their 2-month old kitten Valkyrie, who looks like he has a human face. 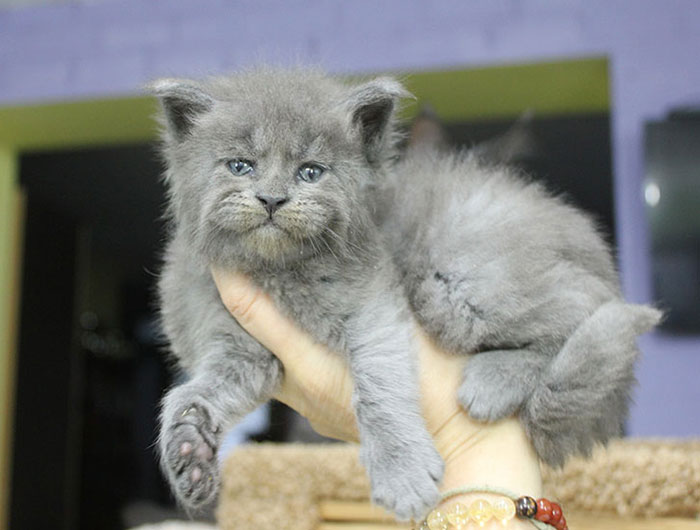 So when you look a Maine coons face, something interesting becomes quite obvious. They often resemble human faces. And these distinctive faces are sometimes combined with human facial expressions.Like this litter: 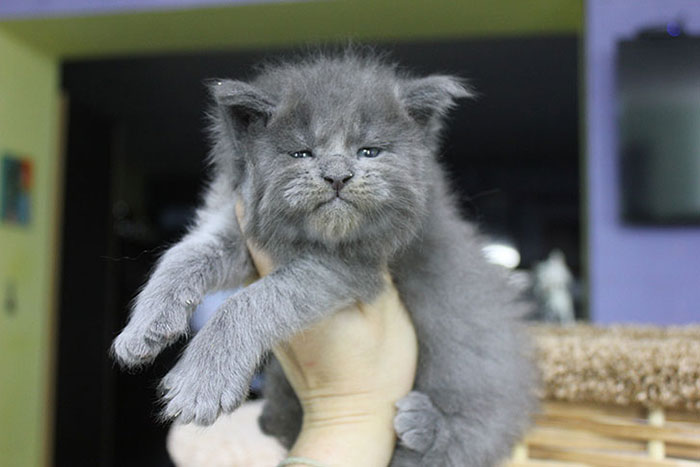 Bored Panda stated: “Recently, a cattery called Catsvill County shared photos of a litter with 5 adorable grey kittens, and people instantly started noticing something strange about them – they all look a bit like grumpy old men.Who can argue that when looking at these cats, it feels like their faces convey a very unique expression?”The kittens all look quite similar too, it’s hard to tell them apart. Nevertheless, all of them are just as adorable!More info: Instagram catsvill_county