Friendship between different species of animals has always been very surprising for us. And when such friendships happen unexpectedly, they become even more interesting.Friendship know no age,race,ethnicity or religion.Diversity may separate us,but it is also the very same thing that binds us together in the end.

There are so many wrong reasons why the wild animals shouldn’t be kept in captivity. One of them is they tend to lose the motherly instinct, leading to the rejection of their cubs shortly after they’re born. Unfortunately, even after these animals are being rescued, it’s hard to get back those wild instincts. 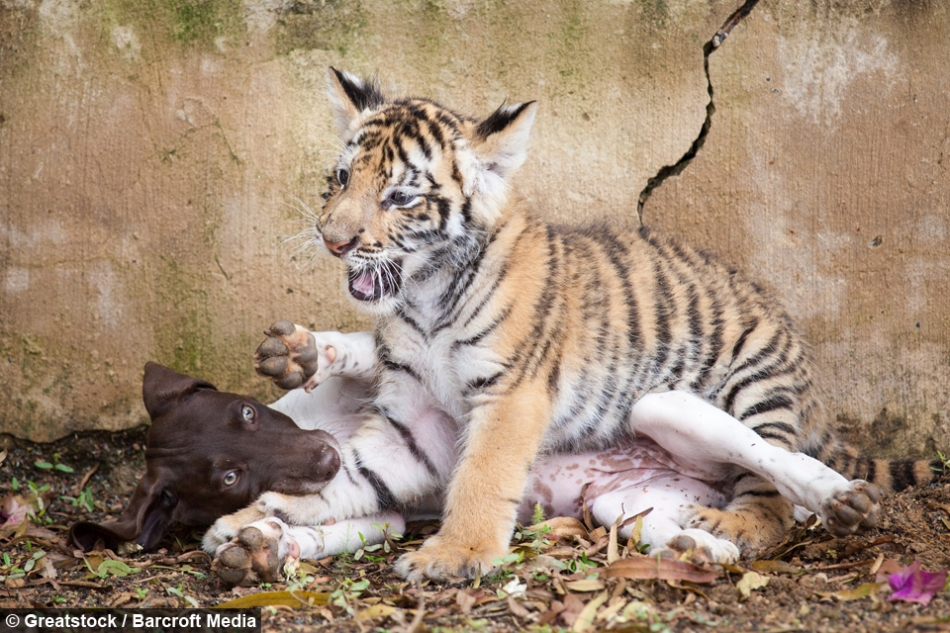 It’s what happened to this little Bengal tiger cub. ‘Hunter’ was born at the Farm Inn Wildlife Sanctuary in Pretoria, South Africa. Sadly, the now three-month-old tiger, was rejected by his own mom, a few days after he was born. Everyone at the center feared for the little one’s life as for a rejected cub it’s extremely hard to find someone else to comfort him as his mom should have done. 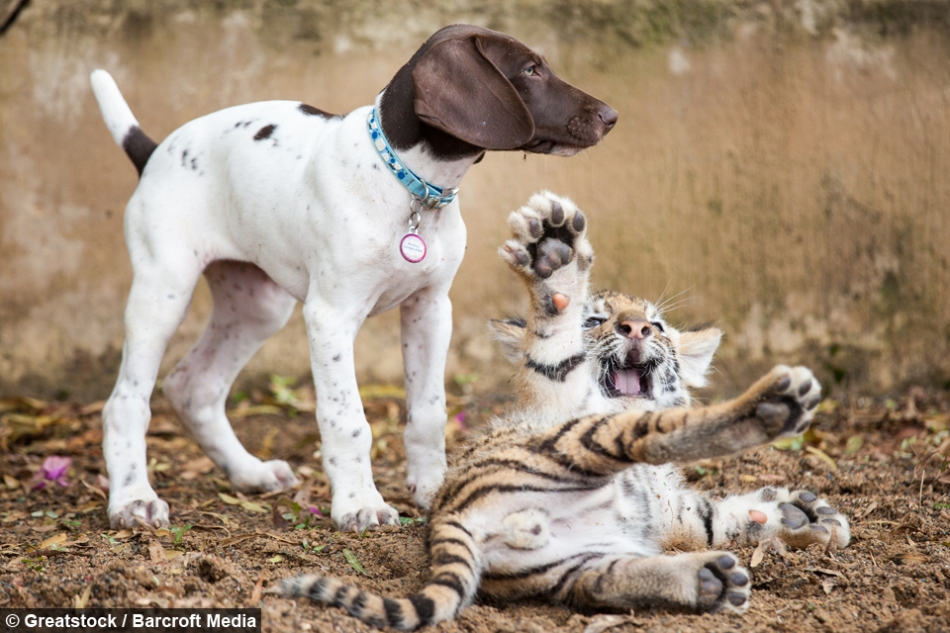 “We believe that Hunter was born at a time when the female must have felt compromised in some way as she rejected him,” Anthea Michaletos, volunteer at the sanctuary said. However, for this cute tiger was more easier than anyone expected. That’s after he met Chelsea, a little German Pointer puppy, not much older than him. 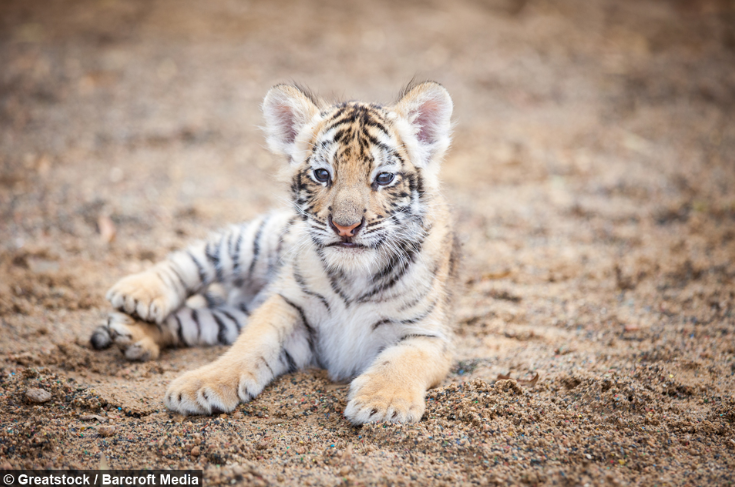 Thanks to Anthea, these little fellas are now inseparable. “In the mornings when I take Chelsea out, she will run to his cage and greet him,” she said. “There is a lot of wrestling involved, Chelsea pushes him over and then he jumps on her. For him to have a four legged friend is very helpful because he can play in the same way that he would with another litter mate. He was the only cub in his litter and it’s very important for him to have a companion.” 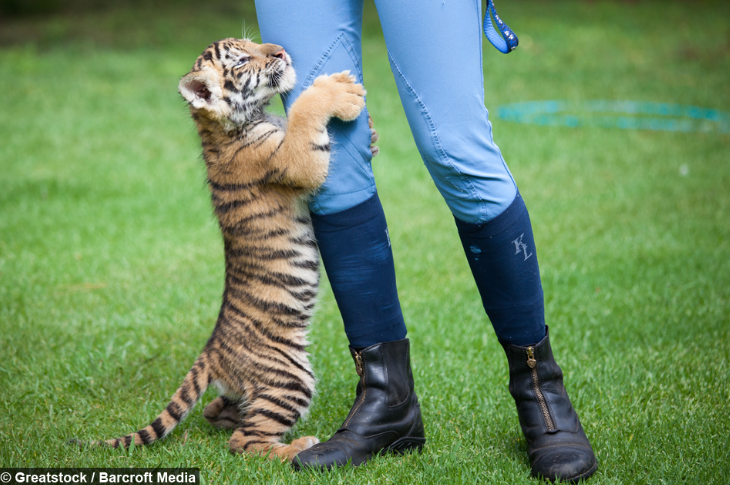 The unlikely duo spend their time playing together, under the caretaker’s supervision. However, according to Anthea, this special bond could end in a few months, when ‘Hunter’ will reach six-months. And that’s for Chelsea’s safety. Yet, after we’ve been witnessed to so many incredible friendships between animals of different kind, I would say it’s quite possible to see them together, even after years. Watch the lovely duo here: