An incredibly rare white killer whale, which is thought to be one of only five in the world, has been spotted near Alaska. 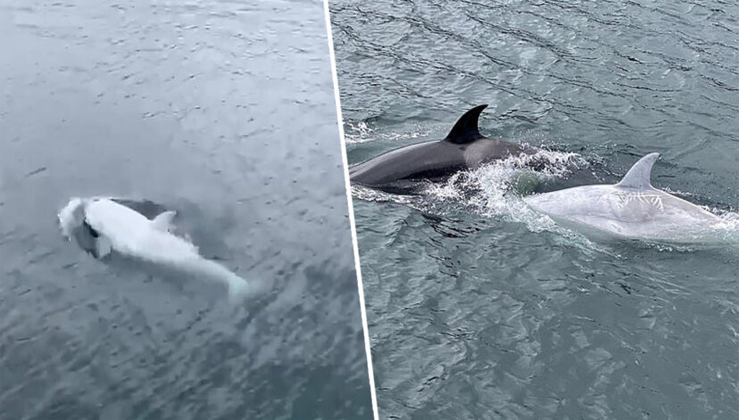 The two-year-old male named Tl’uk was caught on camera on August 7, near Kuiu and Kupreanof Islands, west of Petersburg, Alaska. A group of whale watchers aboard Alaska Sea Adventures’ Northern Song spotted Tl’uk’s white colouring from above the surface. Fortunately, Stéphanie Hayes, a marine biologist at the University of Alaska Fairbanks, caught the rare moment on camera. 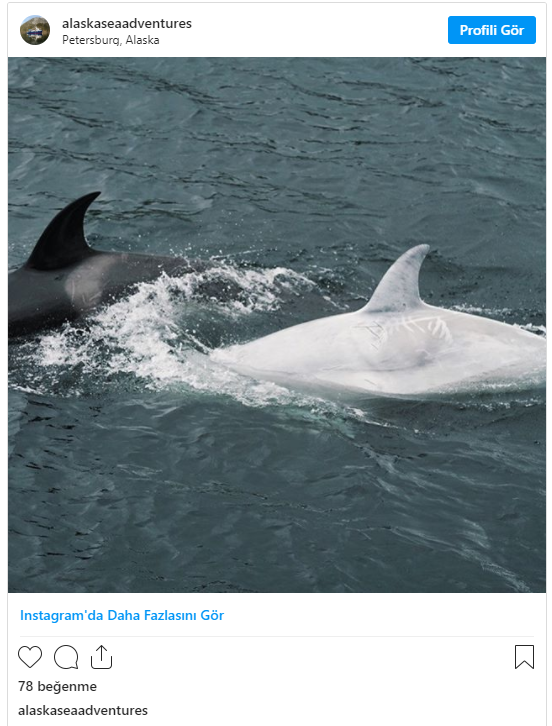 Sharing the video to Instagram, she wrote: A white killer whale? Yes! One of only about five alive in the world! Meet Tl’uk, the two year old white killer whale/orca from the Canadian Bigg’s/Transient Killer Whale pod T046. A once in a lifetime sighting, killer whales with leucism are incredibly rare and even researchers never expect to see one in their career. Tl’uk appears to be a healthy member of his pod, and we welcome him on his first documented sighting in Alaska! 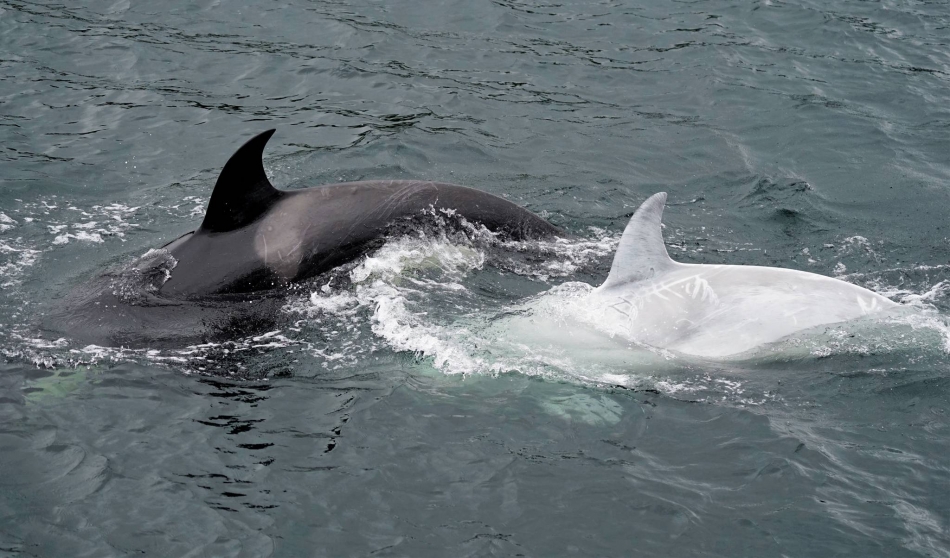 White killer whales get their unique colouring from a condition called leucism, which results in partial loss of pigmentation. This is different to albinism however, as that causes complete loss of pigmentation. This is the first time Tl’uk and his pod have been spotted in Alaska, having previously been seen in British Colombia and Washington, New York Post reports. Owner of Alaska Sea Adventures Dennis Rogers spoke to radio station Petersburg KFSK about seeing the rare killer whale. He said: It sure made spotting him easy. When they went down under water, usually they disappear and typically very hard to follow. But having a white one under the water you could see him an easy ten feet below the surface, this big white shape moving along there. 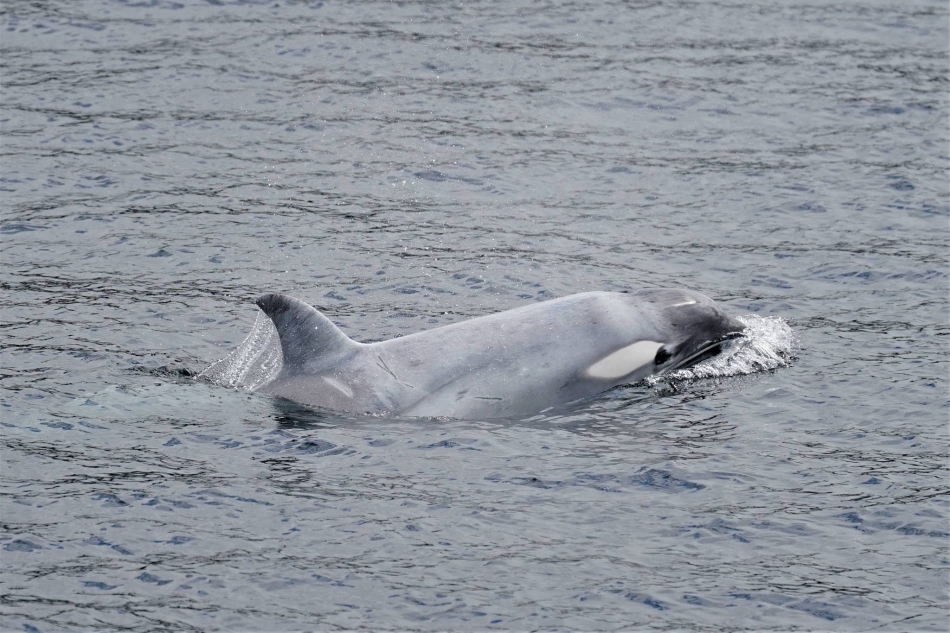 Stéphanie also spoke to the radio station about the surreal experience, and said seeing Tl’uk was ‘incredible’.She explained: When the other killer whales of the pod first popped out of the water, it’s exciting of course because orcas are wonderful to see but then I saw kind of a glow under the water and I’m thinking, wow that’s an awfully white killer whale, that’s doing something funny. And no it was just genuinely the white killer whale and it popped up and you could hear an audible gasp from everybody on the bow, going oh my gosh what are we seeing here. It was really incredible. I wonder where Tl’uk will be spotted next. You can watch video below: