“We Saved A Kitten, The Dog Helped Us To Raise Him, And Now The Cat Thinks He’s A Dog, And It’s Just Adorable”

A few years ago, a firefighter from Belgium saved a kitty and decided to adopt him. The man brought the little critter home, hoping his entire family — including the dogs — would welcome him. And they did. The pooches, however, not only took the kitty in, but they also raised him as one of their own. 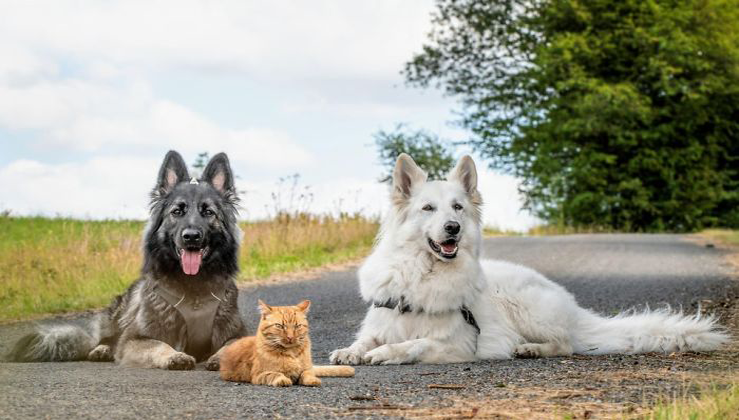 Now, Azmael the cat is a true member of the pack. They still play together and are extremely careful not to hurt each other. If that wasn’t enough, Azmael even goes on walks with his siblings. The firefighter’s wife, Nathalie, posted a pic of the gang to the “Aww” subreddit yesterday. There, all three pets can be seen sitting on the road, enjoying their time outside. People instantly fell in love with the wholesome bunch, and as of this article, the picture has a whopping 77K upvotes. 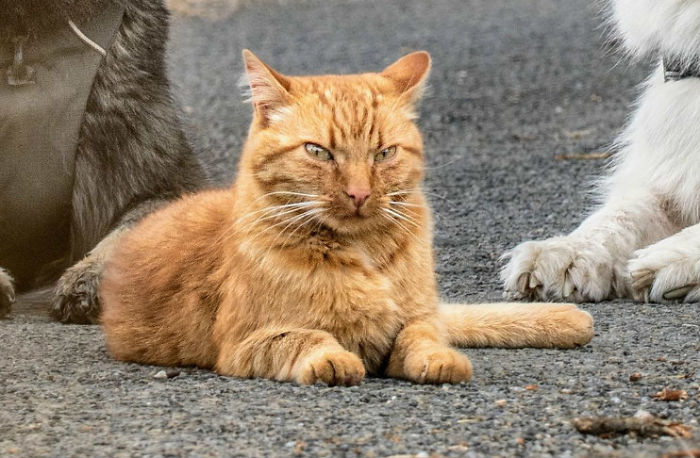 “The pets in the picture are Nimue (Altdeutscher Schäferhund), Azmael (the cat) and Liam (White Swiss Shepherd),” Nathalie told Bored Panda. Nathalie’s husband found the kitty in a small puddle of blood in the middle of the road. “It was still alive, but seriously injured,” she said. “He tried to find his family but no one knew where the kitten had come from, so we took him to the vet where he stayed for a few days.” The vet said the kitty’s survival chances were very slim, but he somehow made it and the family were able to bring him home. 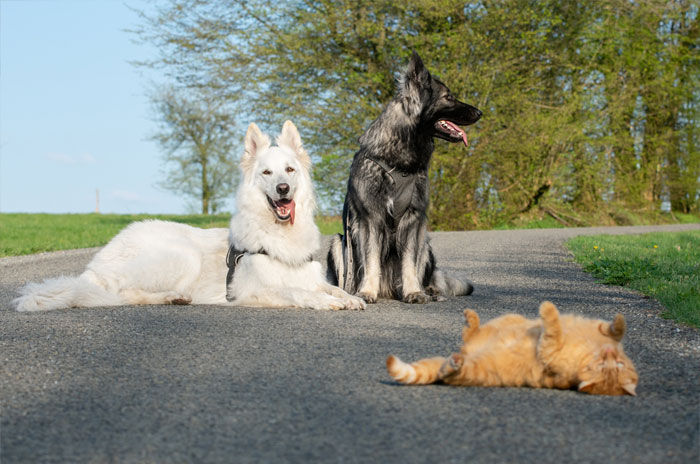 “On the very first day the kitten was at our place, we noticed that he had eyes only for our Swiss Shepherd. At first, the dog wasn’t sure what he was supposed to do with the little creature (Is it food? A new toy?), but after a few hours, he decided that the kitty was a new friend. He took care of the critter (who, in turn, tried to nurse on the dog). They have a very special relationship. The kitten decided that our Shepherd was the best pillow in the world. Later, he also became best friends with our other dog, Nimue.” 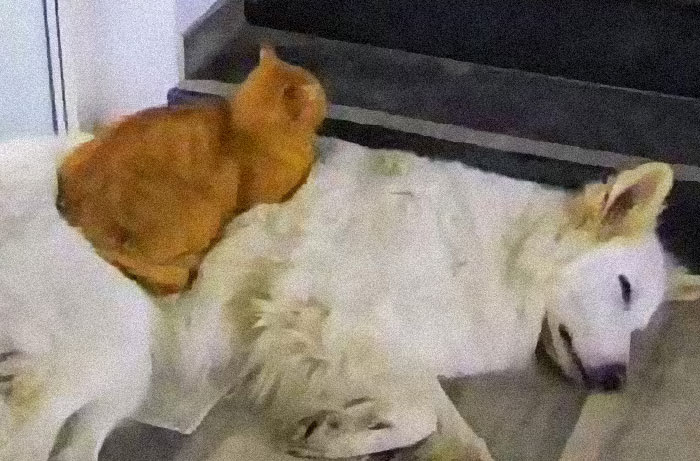 The family actually have 5 pets; there are two more cats! “5 pets is a lot of work. When we got our youngest cat, I was a little scared that it would be difficult to raise her because we were already quite busy with the others, but my Altdeutscher Schäferhund was a fantastic help,” Nathalie explained. “She cleaned the kitten and gently played with her every day. I suppose it would have been an entirely different story if our pets didn’t all get along.” 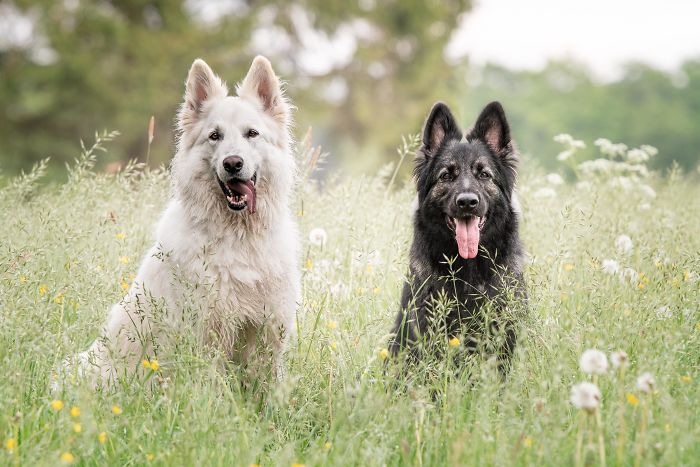 And their pack walks is a perfect example of just how well all the animals get along. “Nearly every morning, Azmael joins us on our walk. It’s like we have three dogs. But we have to be careful because Azmael still doesn’t pay attention to cars on the road, so we have to quickly grab him and carry him if we see a car coming. He is not afraid of other dogs and even chases them away when they annoy our dogs.” The surroundings really fit the family’s lifestyle. They live in a small village with only meadows and forests around it. “We are really careful not to walk too far from home when Azmael is with them,” Nathalie explained. “When we want to go on a longer walk, we have to make sure that the cat stays at home (usually the only way to ensure that is to feed him right before leaving the house, otherwise he’ll try to follow us).” Image credits: Doudouisawesome. Source: Boredpanda