The media outlet tweeted,” White american savage who is partly a neanderthal comes to Africa and shoot down a very rare black giraffe courtesy of South Africa stupidity. Her name is Tess Thompson Talley. Please share.” 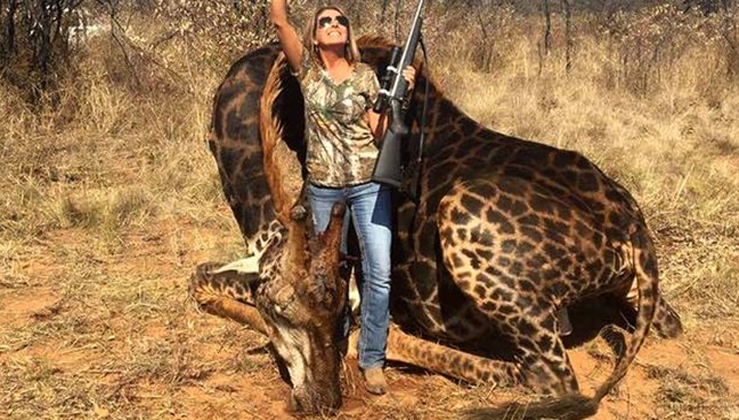 It seems like the trophy hunting industry – particularly in Africa – is a booming business. One American woman who went on a recreational hunting trip in South Africa proudly shared her killed animals and posted her trophy pictures on social media. Recent outrage has ensued…

The woman, Tess Thompson Talley, is an avid hunter and her social media posts are highly controversial, to say the least. However, it was her most recent picture that resulted in her getting even more backlash for her hunting activities. 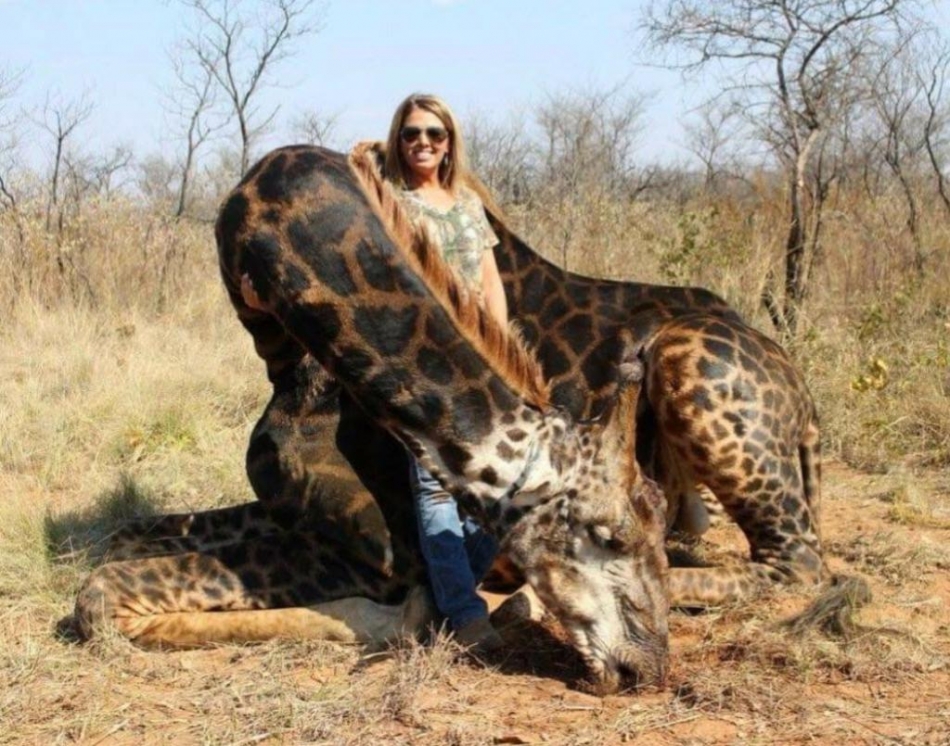 She decided to kill a rare giraffe, proudly pose with it and brag about taking its life online. International news outlets – especially a number of African newspapers – didn’t hesitate to share the pictures that this woman took and publically outed her for her cruel actions. 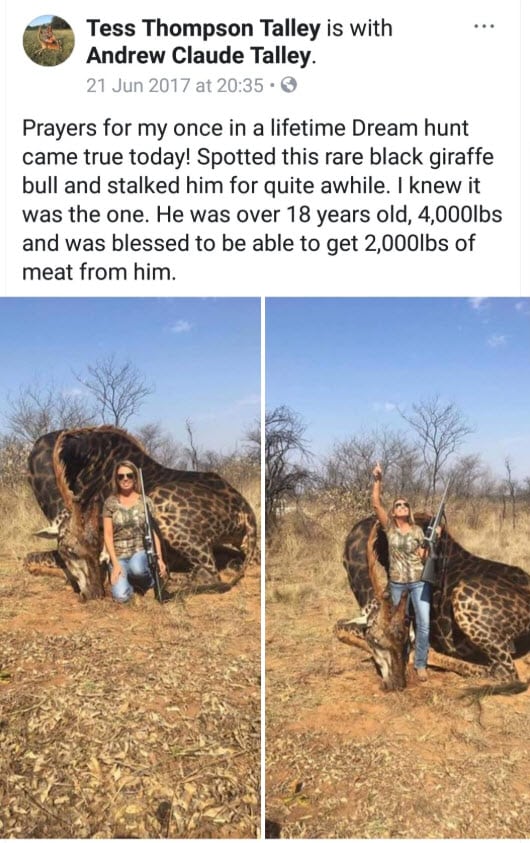 Even though the pictures were taken a year ago, Tess’ pictures only went viral recently. Plenty of users on Twitter expressed their outrage:

Just a couple of dozens of years ago, scientists weren’t worried in the least about the extinction of giraffes. It is a shame and shocking that the situation today is very different.

After a number of hunting controversies, some African countries have outright banned trophy hunting, including Kenya and Botswana. Brazil and India have followed in their footsteps. Source: Animalchannel.co,The Daily Net, IUCN, Twitter