These heartbreaking photos show the moment a kangaroo begs for help in the aftermath of the devastating Australian bushfires. The marsupial suffered huge burns to its body before a teenager drenched it with water and gave it a drink.

The stricken animal is one of billions caught up in Australia’s worst bushfires, which continue to burn out of control across an area more than a third of the size of England. More than half a billion animals are predicted to have died while others are facing starvation and dehydration as the fires destroy their habitats. Many have had to be euthanised as they are unable to recover from their severe burns.

The images of the kangaroo were taken in the state of New South Wales, where a state of emergency has been declared. Fires have engulfed entire towns, leaving homes and vehicles reduced to rubble. State Rural Fire Service deputy commissioner Rob Rogers urged people close to bushfires to evacuate their homes, noting that four people have already died in their cars after leaving it too late to flee.

He said: ‘We know people have got a little bit of fire fatigue. They’ve been dealing with this for months now. ‘But we need people to stay focused. Tomorrow is not the day to drop your guard. Take it seriously. ‘If you are in those areas where we put those maps out, don’t be there.’

Temperatures this week have averaged 40C across the country and are set to soar tomorrow to 46C in some places. High temperatures are set to combine with dry lightning strikes and wind to add to the predicted fire nightmare this weekend. In the state of Victoria, Premier Daniel Andrews ordered the evacuation of 140,000 residents and tens of thousands of tourists.

The Royal Navy are currently plucking hundreds of people to safety after they fled to a beach in Mallacoota on the east coast as bushfires rapidly spread towards the town. Evacuees waiting to board the ship described smoke and embers everywhere. 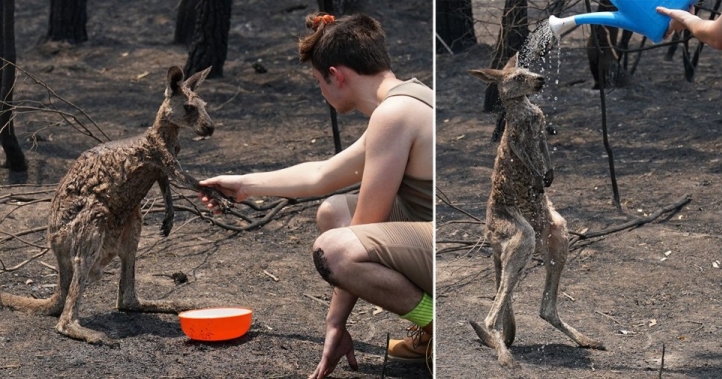 At least 19 people have died in Australia’s bushfires, and around 5,000,000 hectares of land has been burned across the country. Authorities say around 1,400 homes have also been destroyed. Smoke from the wildfires has caused the air quality to plummet and in many parts of Australia turned daytime skies to near darkness. Communities over 1,000 miles away in New Zealand are also smelling smoke from the Australian bushfires and the glaciers have turned a deep brown because of the pollution. 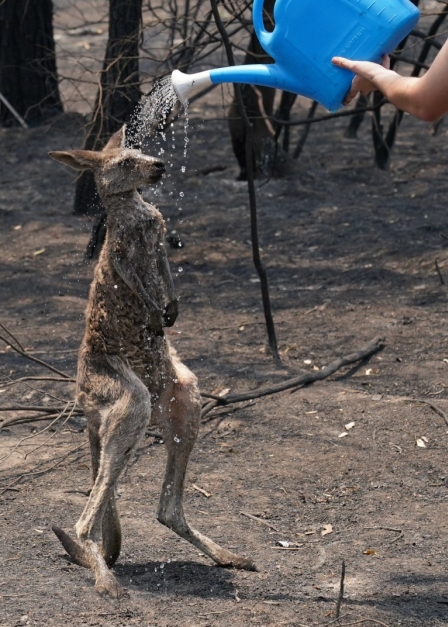 Prime Minister Scott Morrison has come under heavy criticism for his handling of the blazes and the lack of equipment given to the mainly volunteer firefighters. His government has also repeatedly asserted that the fires are a natural disaster and not the result of climate change, exacerbated by Australia’s dependence on coal and other fossil fuels. He said he might cancel a planned trip to India after there was widespread condemnation when he jetted off on a family trip to Hawaii while the fires raged. Bushfires are burning across all the Australian states but showers next week may provide some respite, weather experts say. 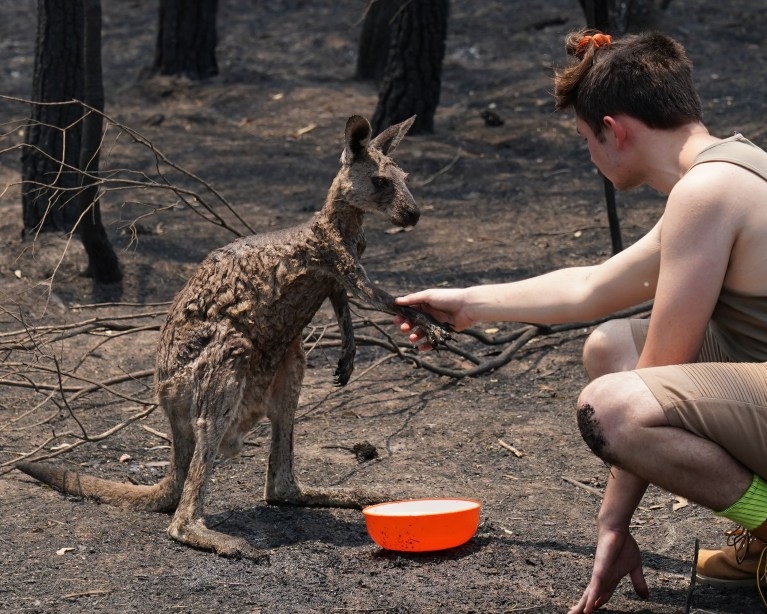